The upcoming Marine Equipment Trade Show (METS) 2014 has announced a record-breaking number of exhibitors booked for this years show. With around 230 new exhibitors coming from over 46 countries all over the world, the increase in business marks a positive development in the superyacht industry. 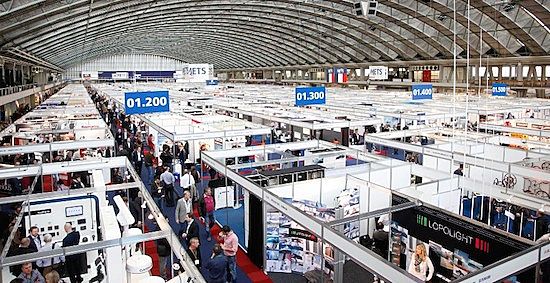 Irene Dros, manager of the show, agrees. Speaking with SuperYacht Times, she comments, “I think we definitely notice a very big difference in the atmosphere in the industry at the moment. If you compare it to this time last year, there was still sort of a difficult move in the industry. A lot of exhibitors were still struggling. On a global scale not every country is totally out of crisis yet, but we’re really noticing an upbeat vibe in the industry. We see it in the amount of new exhibitors this year, so it seems that the huge, big crisis is, maybe not out of the way, but everybody is climbing up again. Everybody is really looking forward to a new buzz.”

During the show, 18 Country Pavilions will allow nations to create their own distinctive area. Notably, this year’s Chinese Pavilion has almost doubled in size compared to previous years, whilst the Slovenian Pavilion has grown by 50%.

The SuperYacht Pavilion – a dedicated hall with associated educational and social networking programmes – will be the largest to date this year, with more than 190 exhibitors in total. The Marina & Yard Pavilion will also be the largest to date, with 45 companies and organisations registered to exhibit in this pavilion and marking a 50% rise on last years show. The third self-contained show within the larger METS context is the Construction Material Pavilion, which also features its own concepts, look and programme for this specialised sector. More than 30 companies have signed up to exhibit in this area, a 10% increase on last year.

Commenting on the continuing success of the show, Dross goes on to comment, “During the crisis years METS still seemed to pick up a little bit every year, but that is also because a lot of exhibitors had to choose between several shows, with the budget for only one. With METS being a market leader, people chose to go to METS to at least try and get the business that is still out there. This year there’s more budget. The DAME award is here again, and we’ve had almost 120 entries, which is also a result from all the investment and time which is put into the research and development of products.”

Featuring extended opening hours, METS 2014 will be held from 18 to 20 November in the Amsterdam RAI Convention Centre.