U.S. based Derecktor shipyard has released an update on the latest refits and repairs going on at their Florida and New York based facilities, including the latest developments on Mirage, Minderella, Gallant Lady and Twilight. 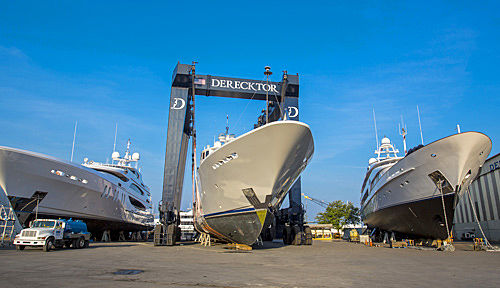 In Florida, long term refit projects that carried over from 2014 include the 40.25 metre Mirage built by Heesen which is undergoing significant structural modifications, a re-power and complete systems upgrade, as well as the 58.82 metre Minderella. Built by Feadship in 1986, she is undergoing rehabilitation, systems upgrades and an upcoming full paint job.

The 52.42 metre Feadship superyacht Gallant Lady has been at Derecktor since September 2014, undergoing the replacement of her teak decks and a full repaint by Tung Luu Marine. Being worked on at the Florida facility, a significant work scope of upgrades and system maintenance has also been performed in conjunction with the vessel's engineers and specialist subcontractors. Commenting on the project, Derecktor say, “Derecktor's relationship with Gallant Lady's management team dates back to the mid-1980s with the delivery of their first four Feadships and continued until their new vessels outgrew the yard's lifting capacity. Our new Cimolai lift has resolved the capacity problem and we look forward to being able to service the Gallant Lady fleet well into the future.” 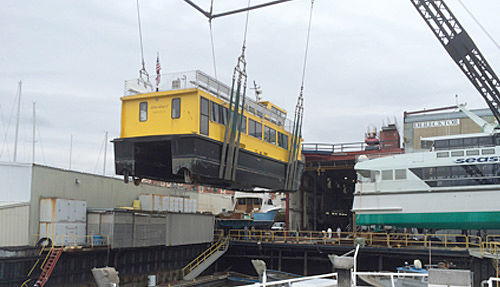 Another major project being undertaken at the Derecktor Florida facility is the 34.8 metre Burger superyacht Twilight, which was returned to Derecktor in early March to be re-powered. Built in 1985, this vessel originally came to Derecktor in the mid-1990s as Silver Cloud. She has been lengthened and several refit periods over the years have seen her systems constantly upgraded. Most recently the vessel was in the yard for the addition of Quantum zero-speed stabilisers and hull paint.

The scope of work for the current yard period includes the removal of her original 12V92 Detroit Diesels and ZF transmissions through a hole in the starboard side, structural modifications to the engine foundations, and the installation of new Caterpillar C-32 Tier 2 main engines and ZF 350 gears. While the majority of the work will be in the machinery space, other projects include the replacement of the stern tubes. All bottom coatings will also be removed to bare metal and new barrier coating and anti-fouling paint applied.

Other projects currently underway in Florida for routine maintenance or class-required survey work include: