Steve Kozloff of The Goliath Series has released his latest design concept, the 61-metre luxury yacht Arctic Owl. The explorer-style motor yacht is a uniquely-shaped vessel designed to reach some of the world’s most remote locations. 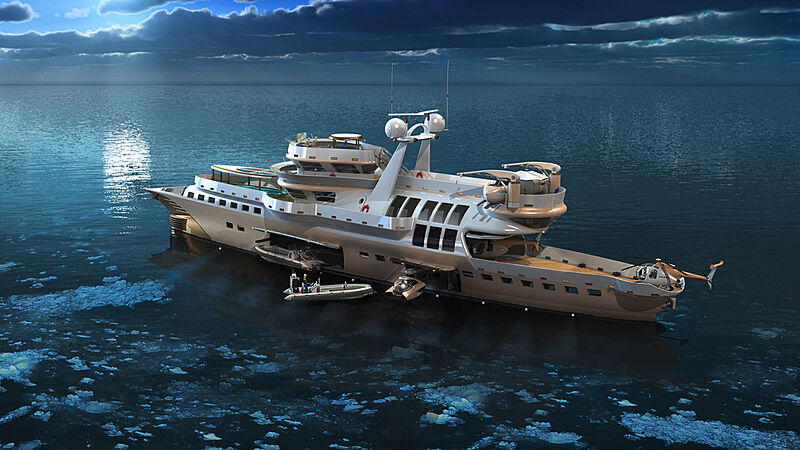 The Arctic Owl embodies the spirit of an explorer vessel, compatible for scientific research, while including all of the comforts associated with a superyacht. 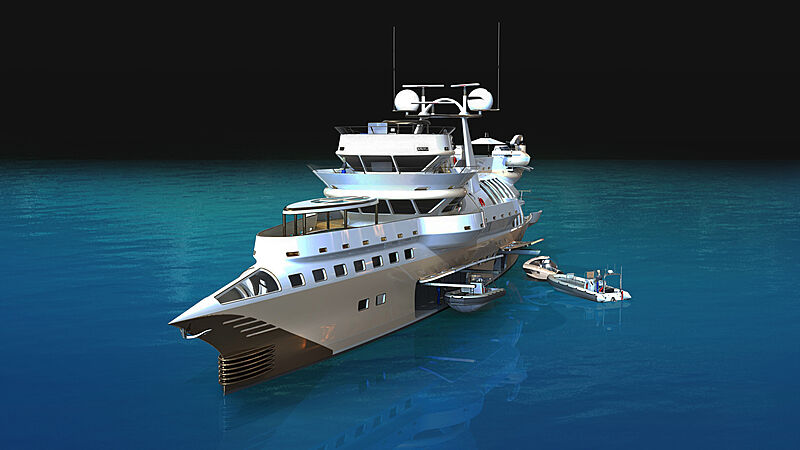 Onboard, she can accommodate a U-Boat Worx NEMO submarine, which can be used for scientific research or for allowing her guests to explore the depths unknown. She also boasts a large garage dedicated for her array of tenders. 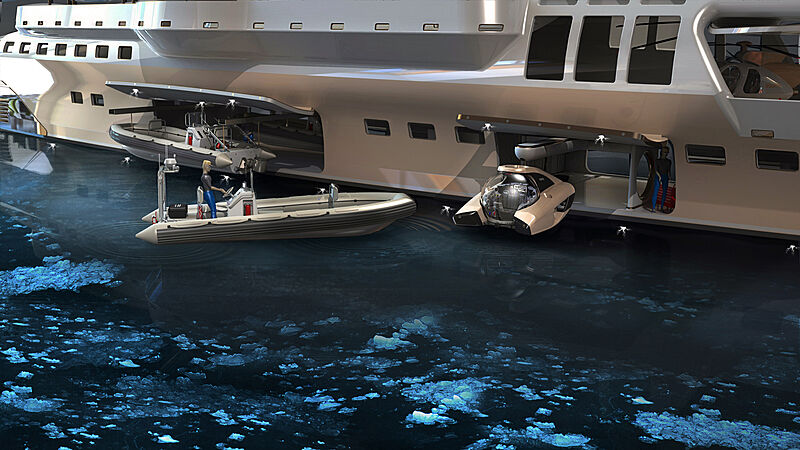 The Arctic Owl has been designed with the ability to facilitate scientific research projects. Her two aft cranes which can be used to load and off-load research equipment, vehicles, and scientific specimens. She also sports a helideck and a hangar to accommodate an additional helicopter. 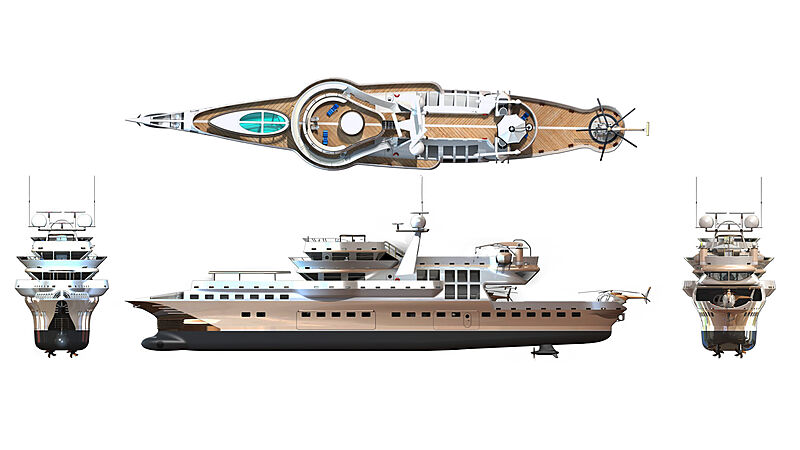 Guests can relax in her large bow-placed swimming pool and lounge area, outfitted with a hard cover that doubles as an awning while in use. Two additional lounges are available on her flybridge aft and flybridge, also outfitted with a spa. On her bridge guests can enjoy an almost 360-degree view.

On board, the Arctic Owl can accommodate up to 10 guests across six staterooms including two master cabins with panoramic views.

The largest explorer superyachts with submarines

Nord: Everything you need to know about the 142m super explorer yacht