The 2009 Antibes Yacht Show closed its doors on another great success. Critics all agreed that this third year was another hit. It strongly confirms the future of the spring show. It was under beautiful sunshine that 12 000 visitors attended the Antibes Yacht Show this year. A number that keeps on increasing and that is especially encouraging considering the economic crisis the world and the industry are currently going through. 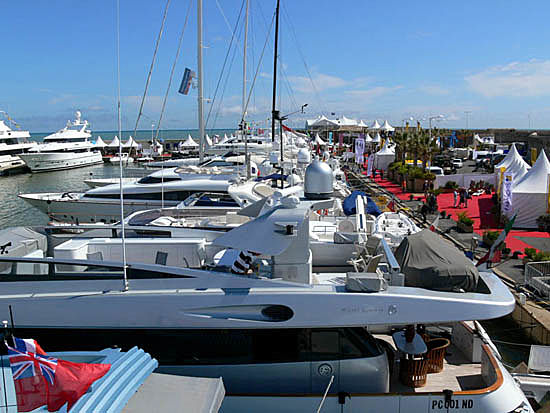 The exhibition started at the entrance of the old town on the Quay Rambaud, with units ranging from 10 to 30 meters. The whole quay was used, displaying a variety of motor, sailing boats and catamarans. On the Billionaire’s Quay, Open, Flybridge and sailing yachts from 25 to 65 meters were on show. Looking as sparkling as new, the brokerage and charter yachts caught everyone’s attention. Of the 170 exhibitors present, many came from various parts of the geographic and nautical world, thus offering a great choice to the visitors.

This year, Antibes Yacht Show had a few novelties. The addition of a second restaurant and the move of the VIP area both to the Billionaire’s Quay in front of the bigger yachts made greater impact. Events such as the fashion show, the well known golf drive or the kayak competition provided entertainments for everyone. Their variety offered something for all to enjoy thus mixing the nautical industry with other centres of interests. The new Mercedes E class; exclusively presented at the show was another big hit. The Segways on which the Antibes Yacht Show staff went around during the whole show got its share of sales. 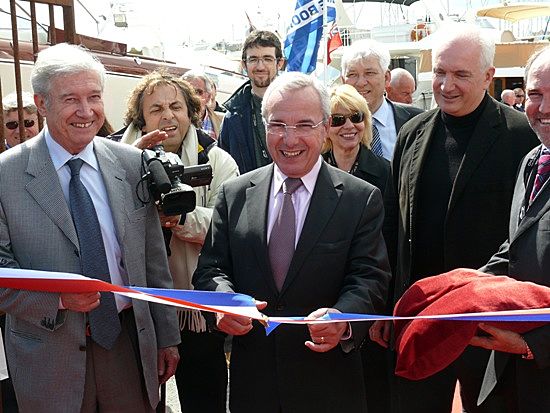 As in the past years, the exhibitors also organised seminars, taking place on the terrace of the Bastion St Jaume, the themes were diverse and allowed the attendees to keep up with the latest nautical news and innovations. The evening events were equally as diverse and popular. This year, the traditional crew barbeque was held on the Beach of La Gravette. Crew members enjoyed the grilled meat, but also the chicken curry and the fruit that had been added to the menu.

The following evening the Captain’s dinner took place on the terrace of the Bastion St Jaume. The atmosphere being more ‘intimate’, the 200 guests took great pleasure in watching a high class fashion show, organised by the boutiques of Juan Les Pins which ended with the presentation of the lingerie collection. A tombola prepared by Vulkan Shipyard gave for first, second and third prizes a trip to Valencia during the next Grand Prix. The fourth and fifth prizes were a lunch for 2 at the Moulin of Mougins. For their cocktail, the exhibitors came in numbers; the dolphins were also present, offering a superb show as the sun was setting behind the old town of Antibes. 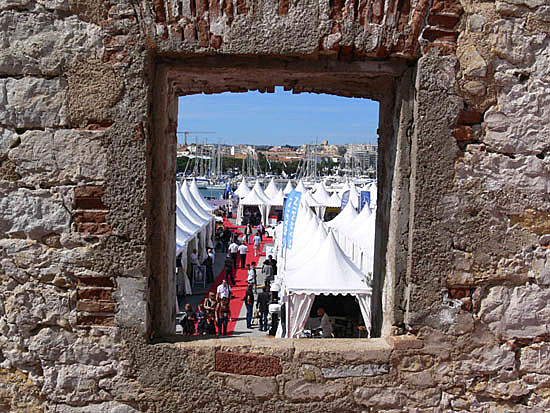 Champagne and laughter were both present. The Best Charter Yacht contest organised by Boat Attitude Magazine rewarded the broker of the M/Y ‘Blue Princess’ with a Breitling watch, as well as a basket full of luxurious drinks given by Ani-Imports to the crew’s yacht. It seems that although there is a ‘crisis’, people continue to enjoy and invest in yachts and yachting and that the best time to decide on purchasing a yacht is during the spring at the Antibes Yacht Show.