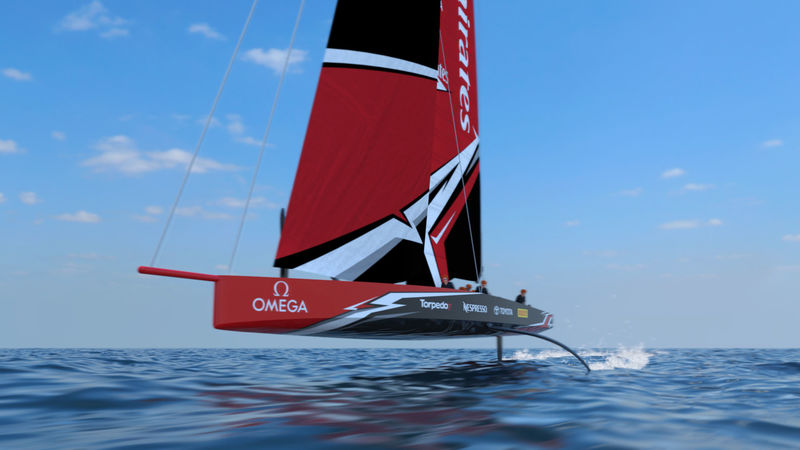 The new concept sees the Cup return to its monohull roots and promises to deliver even greater performance than the AC50 multihulls that has been used over the past few years. Foiling still remains an integral part of the game, however, with twin canting T-foils adding stability to this high-speed craft. The foils are set in various positions depending on the angle of attack and manoeuvring requirements.

“Our analysis of the performance of the foiling monohulls tells us that once the boat is up and foiling, the boat has the potential to be faster than an AC50 both upwind and downwind,” comments Grant Dalton, CEO of Emirates Team New Zealand.