The progress on the 142.81m super sailing yacht under construction at the Nobiskrug shipyard in Germany has been well documented here on SYT. The vessel has been confirmed as Sailing Yacht A; a new creation designed for visionary owner Andrey Melnichenko. As with his current superyacht, Motor Yacht A, Sailing Yacht A is set to captivate with her revolutionary style, on board features and state of the art cruising capabilities. 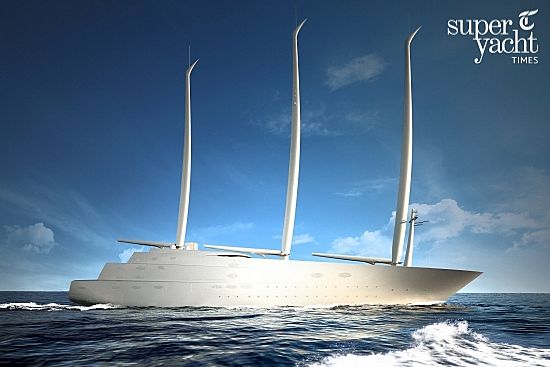 Melnichenko once again drafted Philippe Starck, the man behind Motor Yacht A’s iconic lines, to realise a revolutionary design. French designer Jacques Garcia was selected to design Sailing Yacht A after, in 2008, a team of 8 candidates were assembled to submit their best concepts for what would become the world’s most advanced sail-assisted motor vessel. The owner decided to make a change in direction in 2012 following concerns over design development. Some design cues from Motor Yacht A made their way over to sailing yacht A’s exterior, such as the iconic flush oval shaped side windows. 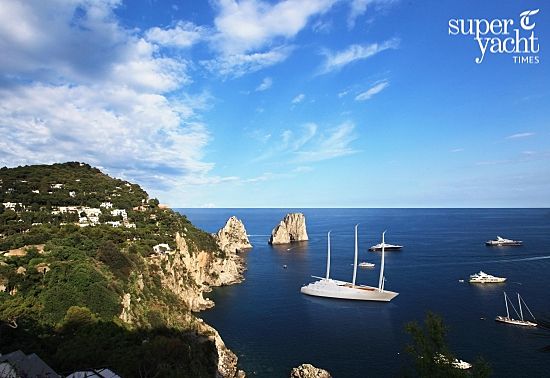 Sailing Yacht A will be powered using a custom diesel-electric propulsion system, utilizing two MTU 3,600kW diesel engines in tandem with two 4,300kW electric motors that are linked to a set of adjustable pitch propellers. This will allow her to reach an expected cruising speed under power of 16 knots with a range of 5,320nm and a top speed of 21 knots. Secondary propulsion comes from her 3 freestanding carbon fibre masts, constructed by Magma structures and delivered to the project in June this year, and was stepped yesterday at the yard in Kiel, as seen in these exclusive images. 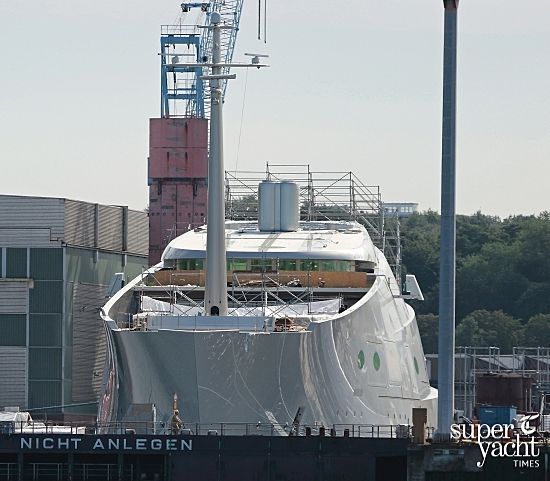 Making sure the vessel operates seamlessly under power and with her 4500+ sqm of sails deployed, is Dutch naval architecture company Dykstra Naval Architects, who worked closely with the engineering team of the Nobiskrug shipyard. Dykstra are also behind the design of the three masts, able to withstand bending loads of more than 40Mn; twice that of a Boeing Dreamliner wing. 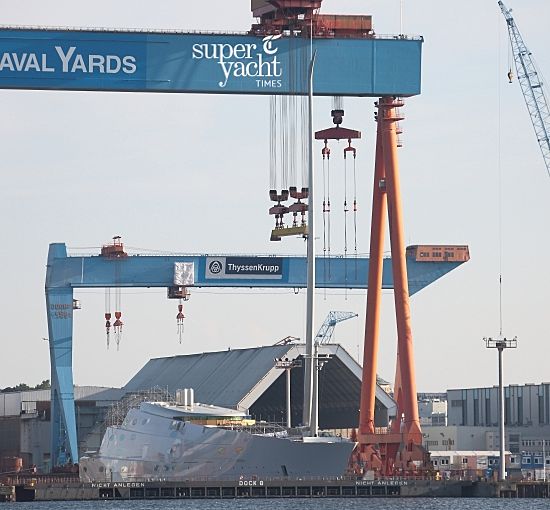 At 142.81 metres, Sailing Yacht A’s beam of 24.88 calculates an overall gross tonnage of 12,700, with a fixed keel reaching 8 metres below the waterline. Sailing Yacht A houses a total of 8 decks, and can accommodate a helicopter on the aft section on deck six. A total of 54 crew members are accommodated for.