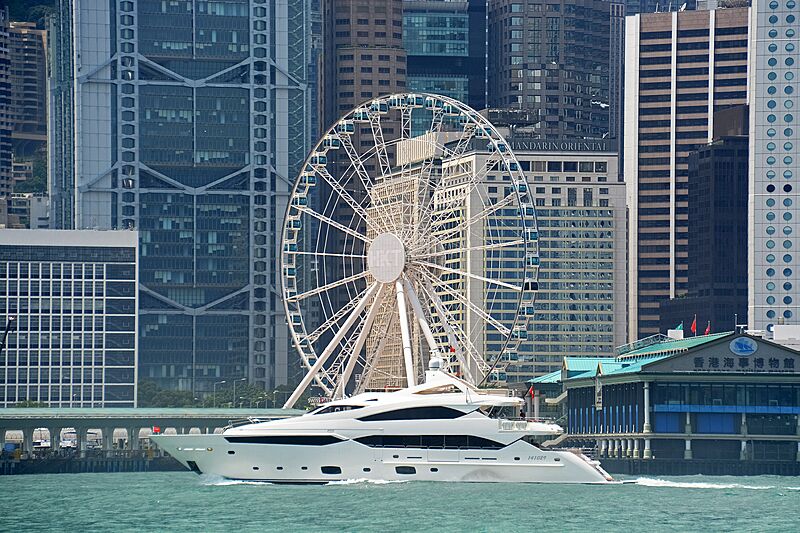 Photo: Jeremy ZeroBuilt by Sunseeker in Poole, United Kingdom, the 40.05-metre superyacht Rhine was launched in 2013. Designed by Sunseeker, Rhine was made for entertaining as proven by her large sociable areas such as the sundeck with its Jacuzzi, ample seating and a bar. The Sunseeker 40M can accommodate up to eight guests in her four staterooms that include a full-beam, main deck master suite, a VIP stateroom and two convertible staterooms. Seen here cruising in Hong Kong before she was sold earlier this year, Rhine has been renamed by her new owner and continues her adventures under her new name, The Dogs. Equipped with twin MTU 12V 4000 M93 diesel engines, she can reach a top speed of 24 knots.

Superyacht Soaring in the South of France