In February, when the news broke that the Southampton-based Oyster Yachts was facing liquidation, the reaction was one of shock throughout the industry. After ending 2017 with an £80 million order book and showcasing their newest model, the 745, only a month before at boot Düsseldorf, the future for Oyster looked bright. Enter administration they did, however, and around 380 workers were made redundant after the Dutch backers, HTP Investments, who bought the company back in 2012, stopped supporting Oyster financially. 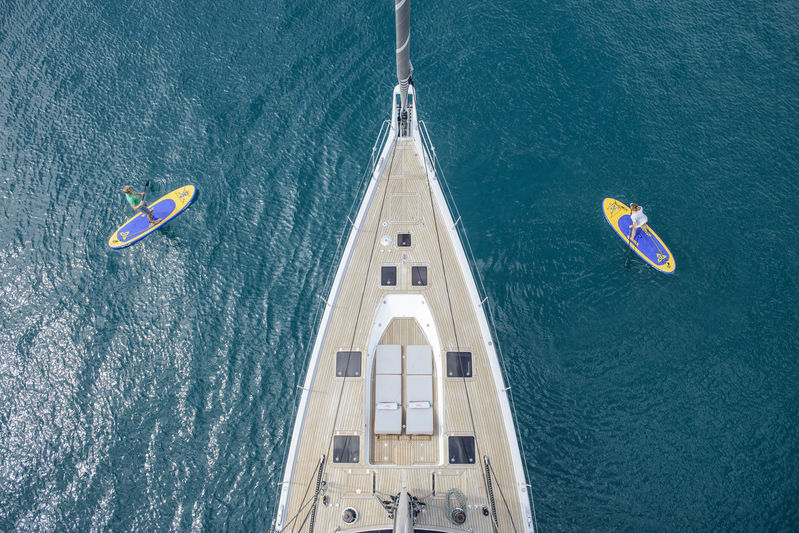 No one was more shocked, however, about the sudden nosedive in Oyster’s fortunes than Richard Hadida. The British gaming software entrepreneur, who is the co-founder and Creative Director of Evolution Gaming, had chartered various Oyster sailing yachts, including the Oyster 885 Lush, which belongs to his close friend, the former motorsports boss, Eddie Jordan. After hearing the news of Oyster’s troubles, Hadida decided to do something about it, hiring a crack team from PwC and outbidding 14 others to become the brand’s new owner.

Fast forward to today and Hadida now owns Oyster’s assets, tooling, IP, subsidiary brokerage, events and aftermarket companies, and is getting down to business with his new management team. We sat down with Richard Hadida to learn what the future holds for this iconic British brand.

What made you decide to buy Oyster Yachts?

I started chartering Oysters a few years ago and I fell in love with them. When I heard the news that Oyster was in administration I was really shocked. Eddie and I had been talking to the then CEO, David Tydeman, only a few months before about building an Oyster 118, and at no point did I ever think there was any danger for that business. Once the word was out, I thought, why don’t I do this? Originally, Eddie and I were planning to buy it together but he decided it wasn’t for him, so I went for it on my own. I thought if there was ever a time in my life to do something like this, it’s now. With PwC I had access to the turnaround team who were instrumental in taking Sunseeker from a £30 million loss to a £15 million profit: they were chomping at the bit to get the business. With this team around me, I knew I could really do this. 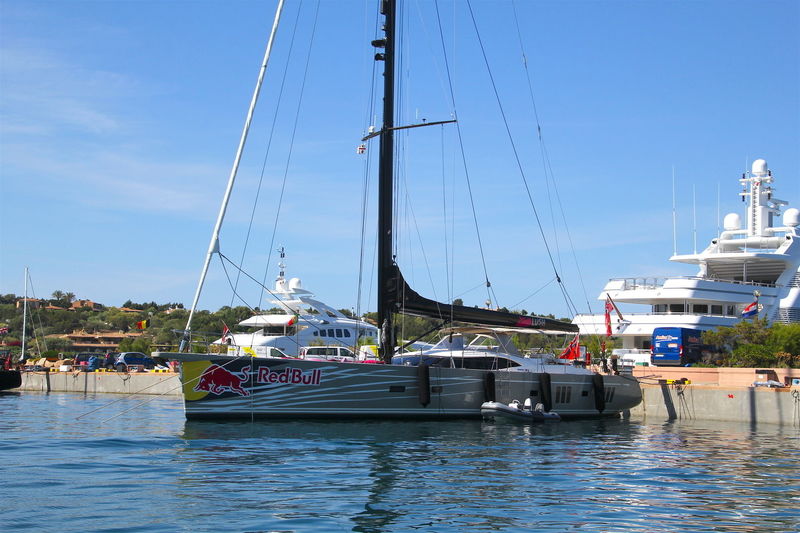 I was so exhausted after I won the bid that it took a couple of days to sink in, and then I thought, “oh my god, I’ve bought Oyster, what have I done?” We are very excited but it’s going to be a huge challenge. Becky Bridgen, my new CFO, has been working 18 hours a day for the last four weeks trying to get to the bottom of the numbers. Turning this around is going to be huge but I believe I have what is required to do it.

What will you bring to Oyster?

Part of the problem Oyster had was that it was owned and managed remotely, rather than by a founder figure. I think businesses like this do better if the guy who puts the money in also runs the business, so it’s a heart thing, not a mind thing. I have never built a boat in my life, but I have done lots of sailing on Oysters, and when I am sailing I always think about what I can improve about the boat. I bring creativity and understanding about what the customer wants at the end of the day. I also have a fantastic team, including Rob Humphreys who has designed pretty much every Oyster for the last 22 years, Kim Stubbs as my COO, who turned around Sunseeker, and Paul Adamson as CCO, who is a sailor by nature. Surround me with that team and the venture quickly becomes very credible. 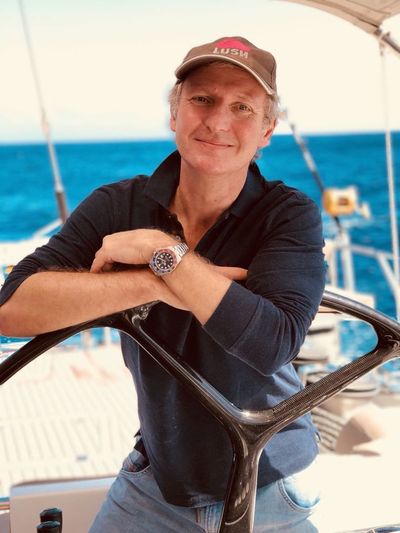 What are the top priorities for the new team?

When Oyster went into administration, the moulding company that made the hulls also went into liquidation, so we’re currently looking into this issue because we can’t build boats at the moment. Plus, all the staff were made redundant from old Oyster, and so new Oyster needs to employ new people to build the boats. Obviously, too, there were 26 boats in various stages of build, from zero up to 95% and all of these people have paid money that hasn’t gone into these boats but has disappeared elsewhere into old Oyster. Some of these people are well over £1 million down, so we need to sort this out.

How will you reach an agreement with these clients going forward?

When I bought the company I didn’t buy the contracts, so we have sat down with each one of these people and had heartfelt, difficult conversations with them to work out how we’re going to build their boats over the last two weeks. A couple of people have said that they don’t want to have their Oyster builds any more, but we have created new contracts with nearly all of them.

How will you improve Oyster boats in the future?

Little has changed in the way Oysters have been built for the last 40 years. That has created a thousand fantastic boats, however, modern technology has moved on and we need to follow suit. We are looking at increasing efficiency at every point in the build process. It currently takes 60,000 man hours to build an 885. If we can get that down and get that reflected in the boat’s price, everyone benefits. We are also hiring a purchasing manager to get better deals with our suppliers. The bottom line is this: Oyster went out of business because it didn’t make enough money from the boats it was selling. If the margin is wrong, there is no point building the boats. 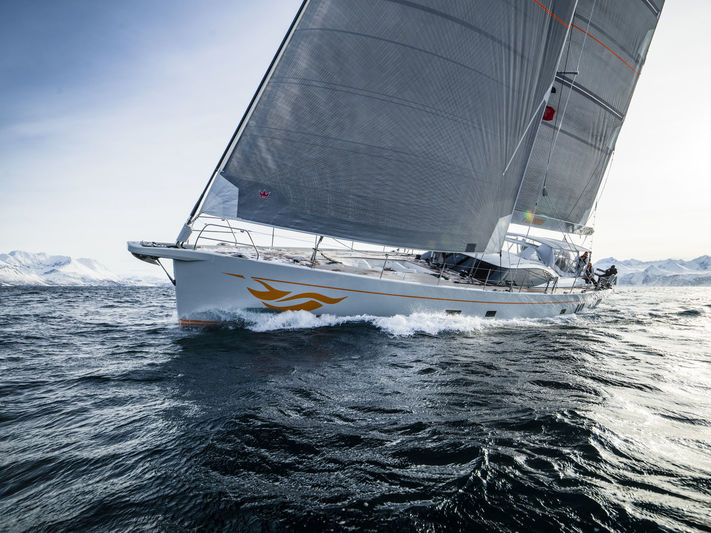 Do you intend to go bigger than the Oyster 118?

We are definitely planning to rationalise the range as a whole because Oyster changed its models a lot and it became confusing for the customers, but the 118 is a fantastic superyacht and I don’t think we need to go any larger. If people want to build larger boats they can go bespoke.

The first 118 superyacht is scheduled to launch this year. How is this going?

We have very recently come to a decision that we would like to find a partner to build the Oyster 118 for us, and are currently looking to team up with a British shipyard which is used to building boats of this size. Going forward, Oyster is going to focus our efforts on what we do best: 50-90 foot, beautiful bluewater boats.

How can we make sailing yachts appealing to younger owners?

If we half the price of the entry-level boats, I am convinced that the market will be huge and we can enable people to join the Oyster family earlier in life. Rob Humphreys is currently working on a design for a ‘Baby Oyster’ which will have all the upsides of its larger Oyster sisters - a swim deck that comes down at the back, beautiful seascape windows and so on - but on a smaller scale below 50’. We are looking at designing and building an Oyster 445 which I would like to come in at around the half a million price point. This will open up Oyster to a huge amount of people and hopefully younger families too. 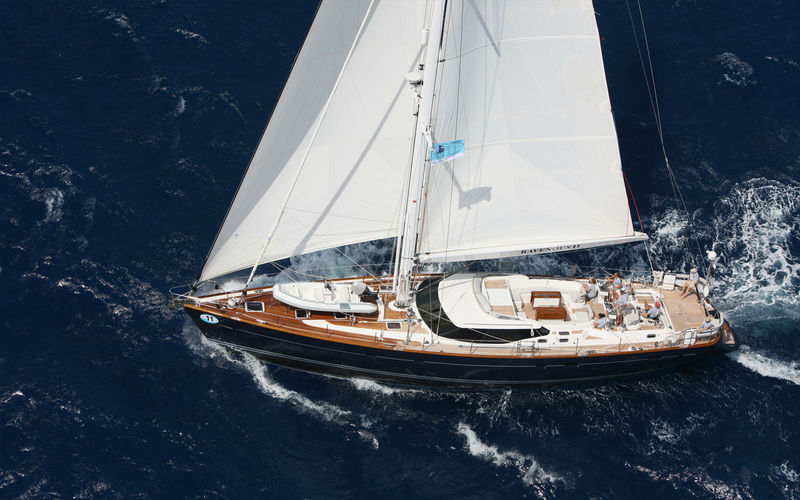 This article was featured in the latest edition of the SuperYacht Times newspaper - the sailing issue. Subscribe now to receive your copy straight to your door and never miss another issue!