Richard Hadida Yachting has acquired the British yard, Oyster Marine, it was recently announced, only six weeks after the yard went into administration. 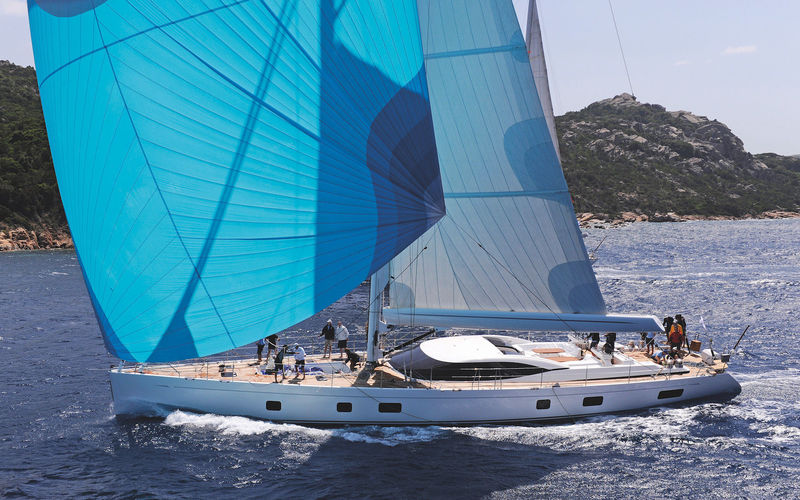 KPMG was brought in as the administrator to find a buyer for Oyster and the gaming software entrepreneur, Richard Hadida has sailed into the rescue in a move which should see as many as possible of the company's 420 staff re-employed, who are based in Norfolk and Hampshire. Mr Hadida, who is the founder of the global software business, Evolution Gaming Group, is now the new owner and interim CEO of the company.

The deal was concluded for an undisclosed sum and includes Oyster Marine Limited as well as Oyster Marine Holdings. This means that the trademark and brand name, technical designs and drawings, build manuals, hull mouldings, machinery and subsidiary shares have all been purchased.

Mr Hadida had this to say on his new acquisition: “It has been my privilege to sail an Oyster Yachts for some years. I fell in love with Oyster, the yachts, the events and more importantly the Oyster family. My passion for the brand has driven my decision to acquire the business. The Oyster brand is central to the yachting world."

He continued, “I firmly believe that we must save this prestigious British yacht builder and continue to nurture and grow the Oyster Group for the long term. My investment in Oyster is not merely a hobby. Oyster needs to be a sustainable business. Hard, quick decisions need to be taken.”

Photo: Tom van Oossanen / SuperYacht TimesThe recent troubles facing Oyster Yachts came about despite the British brand announcing that they had ended 2017 with an order book in excess of £80,000,000 in January, as well as recently showcasing their new Oyster 745 model which was launched at Boot Dusseldorf this year.

Oyster has released a statement regarding the new ownership, saying: "Oyster is delighted to confirm it is now under new ownership. Richard Hadida, a British entrepreneur and founder of global software business Evolution Gaming Group and a lifelong sailor, has acquired the business with the firm commitment to re-establish Oyster as the premium designer and manufacturer of yachts in the world. Details to Follow.”

In addition, Kim Stubbs, who helped turn around the fellow British yacht company Sunseeker, has also reportedly been brought in to help bring Oyster back to health.