Riva marked the shipyard’s 60th anniversary of the foundation of today’s shipyard yesterday in the municipality of Sarnico, Italy, with a roundabout dedicated to the iconic brand. 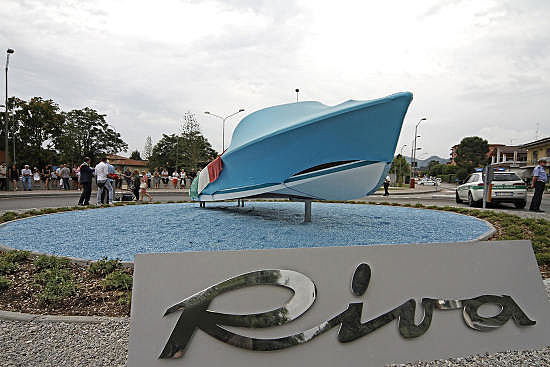 The roundabout is a central point in Sarnico, and overlooks the beautiful Lake Iseo. In the centre is a 1:1 scale Ariston hull, Riva’s flagship between the 50s and 60s. The roundabout and its monument further enhance the strong connection between Riva, Sarnico and the Sebino area in general, the territory where this successful story begun. 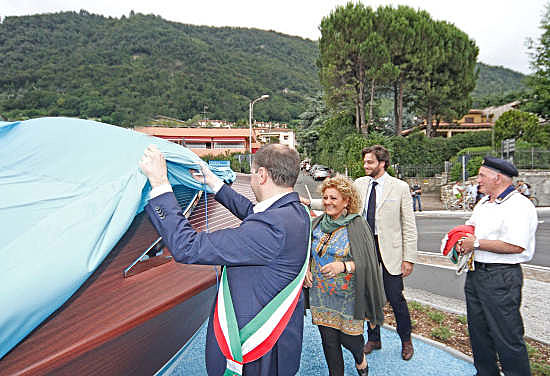 Sarnico’s mayor, Giorgio Bertazzoli, took part in the inauguration together with other representatives of local authorities, the executives of Ferretti Group, to which the brand Riva belongs, and Carlo Riva, who personally supported the initiative suggesting the Ariston as memorial model to be placed at the center of the roundabout.

Carlo Riva stated, “this roundabout is the symbol of the connection between Riva and the territory, which dates back more than 170 years. I am proud for having paid my personal contribution to this relationship, together with my many collaborators. Just like the Ariston is the symbol of Riva’s wood production perfection to me, I think that this monument perfectly celebrates the union between the company and the territory.”