Italian brand Riva revealed two new boats yesterday in Monte Carlo; the 88’ Domino Super and the 88’ Florida. SYT's Merijn de Waard was at the event, and went to seatrials on the 88' Florida. 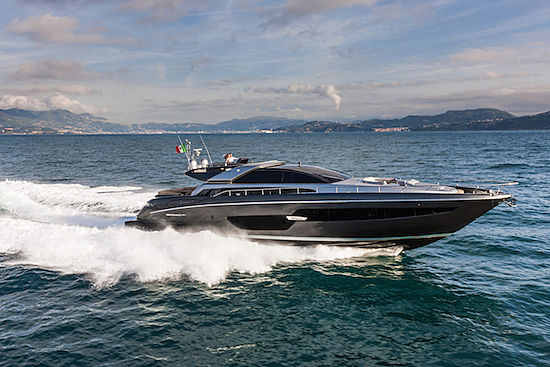 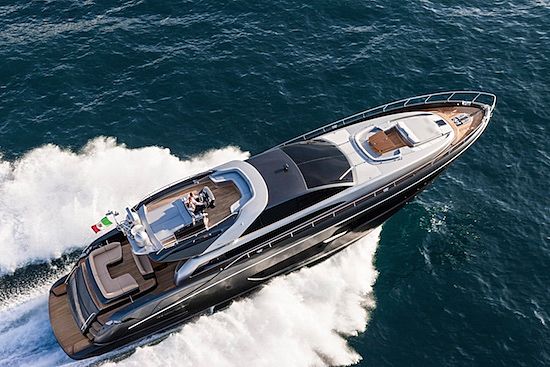 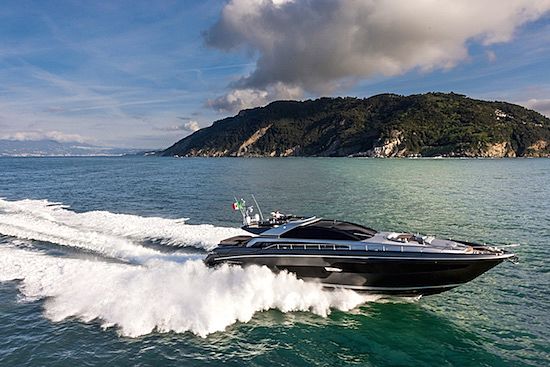 The 88’ Domino Super measures 26.70 metres in length, with a beam of 6.30 metres. She features a streamlined profile with a dark grey hull as well as large continuous hull glazing. Some of her most attractive features include a fully-restyled aft area, a large sundeck and an outdoor pilot station situated in the central part of the boat. She accommodates up to eight guests over a full beam master stateroom as well as three guest cabins, all of which are located on the lower deck. 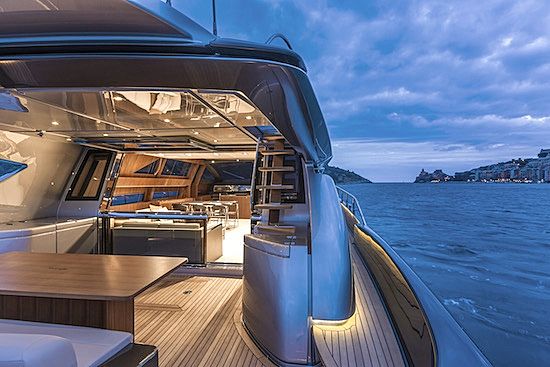 Mauro Micheli of Officina Italiana Design who collaborated with the Ferretti Group’s Engineering Department on the design of the vessel comments, “This first impression is joined by great satisfaction for all the solutions that we, from Officina Italiana Design, and the Riva and Ferretti Group engineers and designers have managed to refine further on an already largely appreciated model.” 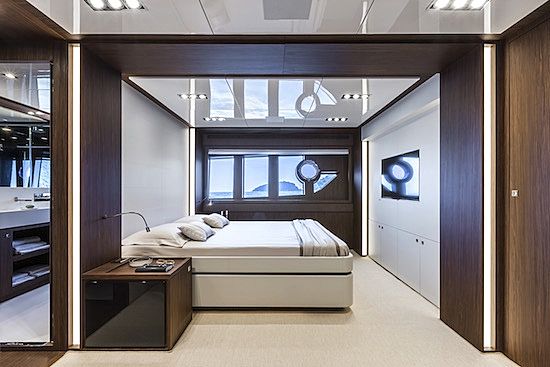 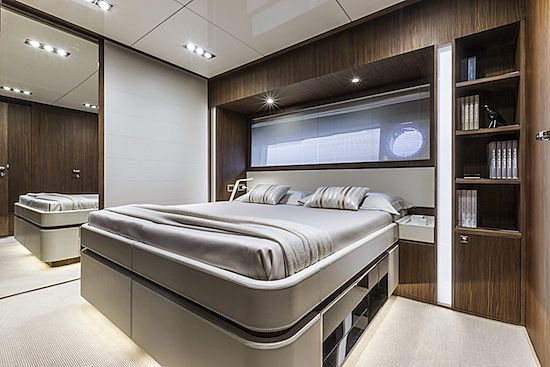 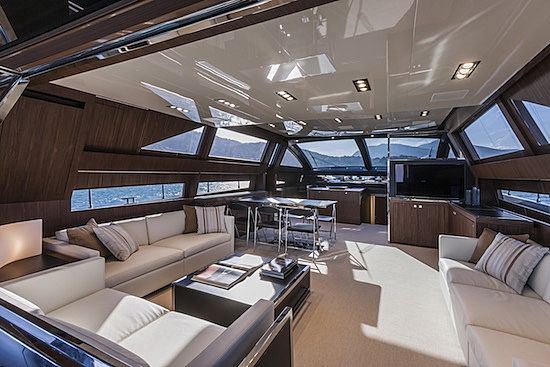 The 26.84 metre 88’ Florida features a convertible top patented system. The convertible top is capable of shifting to a coupé configuration and vice versa by automatically operating the hardtop that can cover the pilot station in the cockpit. The system allows to rotate and slide the aerodynamic hardtop, thereby turning the 88’ Florida into a coupé model, or integrating it with the deckhouse at the level of the dinette, converting the boat into an open yacht. 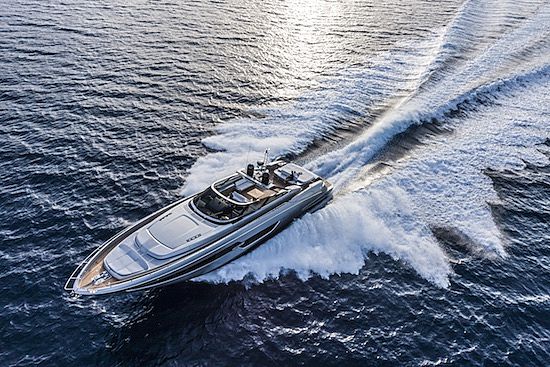 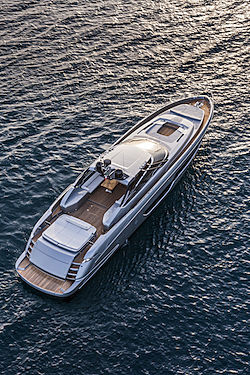 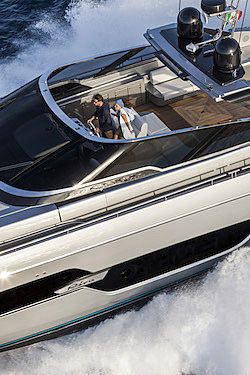 Inside her décor has a warm Mediterranean style, and she accommodates up to eight guests in a four cabin layout consisting of a particularly private master stateroom, as well as a double, single and VIP cabin. 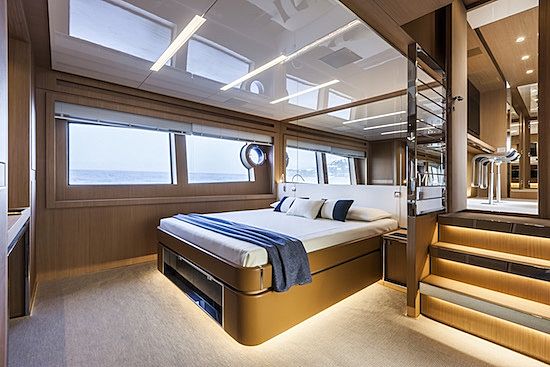 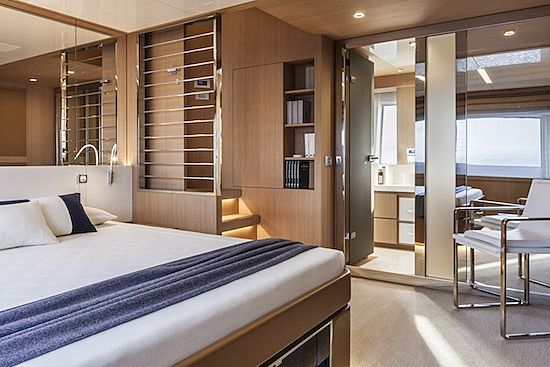 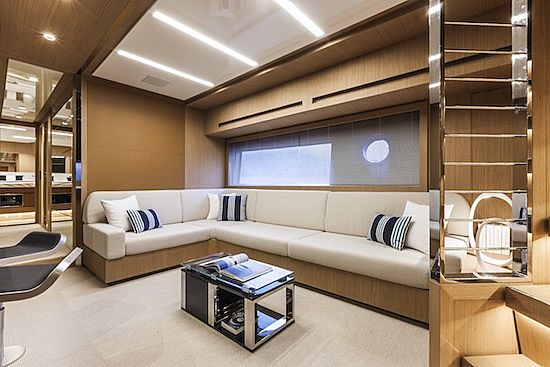 Ferretti Group's CEO, Mr. Alberto Galassi, comments, “The 88’ Florida is a dream come true, a jewel of Italian yachting. We took up and won a tough challenge from an engineering, design, and production viewpoint, and today we can introduce the world to an unprecedented craft, that turns into reality a new way of enjoying life at sea. The 88’ Florida writes a new chapter in Riva’s story - an Italian story that the world will, once more, fall in love with.” 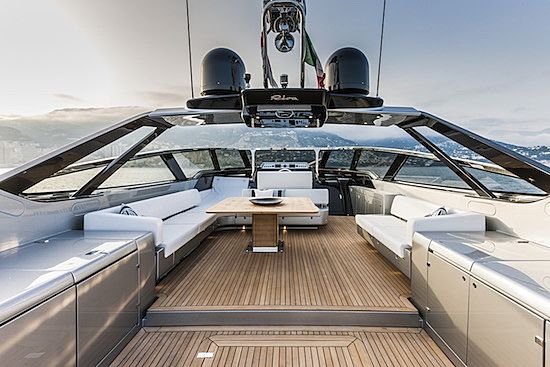 Both yachts will be displayed at the Cannes Yachting Festival in September. Speaking of the recent debut as well as Riva’s presence in Cannes in a few months time, Ferretti Group’s Chief Commercial Officer, Stefano de Vivo, states: “These two new models will brighten the summer season and will be in the spotlight - together with the third new Riva, the 76' coupé - at the next Cannes Yachting Festival, where they will be presented to the public.”

Photos and a video of the seatrials can be found on our Facebook page.