RMK Marine – part of the Koç Group Companies – is pleased to announce the delivery and launch of the MY Keyla(formerly: Chevy Toy; Stanley Z) after a major refit that lasted more than a year and a half. 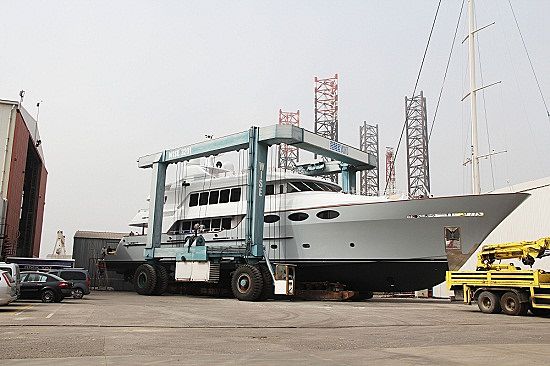 Keylais a 43.3-metre motor yacht built by Trinity Yachts, with an aluminium displacement hull and two Detroit Diesel 16V 2000 engines, with an overall 3,600HP (2,685 kW). RMK Marine and the Hot Lab – Yacht&Design studio in Milan worked together in perfect agreement to refit the yacht after a series of important comments from the owner and his family, who are enthusiasts of period photography, art and fossil collecting.

The initial idea was a partial refit, but after devising various rendering proposals, the owner decided on a major refit which introduced many stylistic changes as well as several technical updates involving the engines and systems. 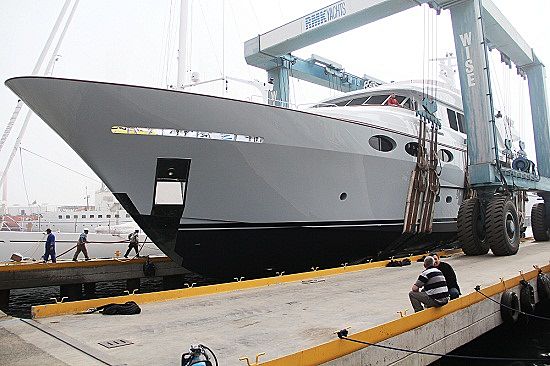 The yacht was lengthened by no less than two metres and engines, shafts and propellers, generators and many other systems were replaced. The electrics were totally updated and made compatible both with the standard European 220 V and the American 110 V. Other systems like the hydraulics were completely replaced. The only system that remained the same after the refit was the air conditioning.

The owner’s first request was to improve the area set aside for the crew. So the three cabins in the bow were redesigned in terms of partitioning to allow more space for the laundry area, while a cabin for the second engineer was updated in the stern area. The service area (laundry, crew mess, galley) and all onboard equipment are all now located in the bow. The captain’s cabin, however, is close to the bridge, bringing the total number of berths for the crew to 9+1 rather than the previous 9+1. 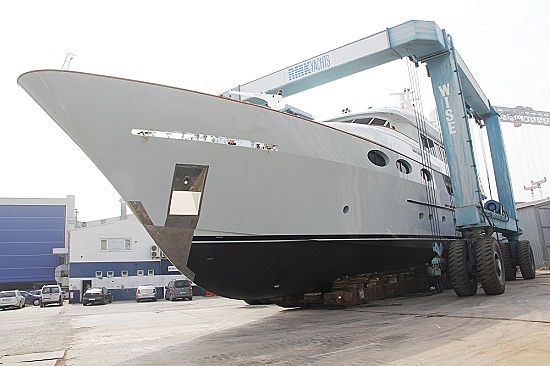 Hot Lab and RMK Marine also re-designed and re-conceived the galley, the main lounge and the bridge. The galley was not altered in terms of layout, but important improvements were made to equipment. The helm station was modified aesthetically, but no changes were made to the original systems or electronics.

The upper deck has a new design that the owner’s family specifically requested. It has been made into a private inside area, especially for children. For the sundeck, RMK and Hot Lab altered the layout, with the intention of changing how people move around on board, creating new areas on this deck.