Rob Doyle (42) has today announced the establishment of a new yacht design, naval architecture and engineering company, Rob Doyle Design, and the ‘takeover’ of the offices and staff of Ron Holland Design in Kinsale, Ireland. Doyle worked as Holland’s lead designer over the period during which the studio was responsible for a range of evolutionary superyacht projects including Mirabella V, the world’s largest sloop. 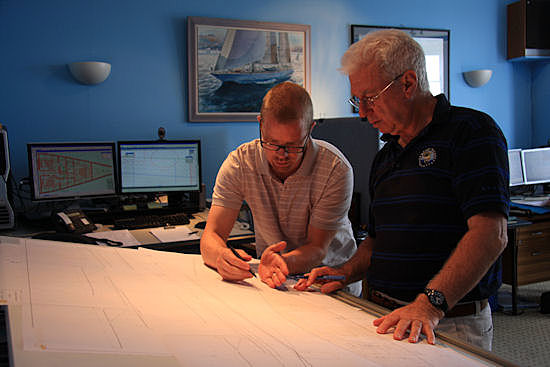 "To have had the opportunity to work with Ron Holland over the past 18 years has been both a rare privilege and an eye opener as to what is possible. The experience I have gained and the lessons I have learnt make me want to explore more paths and develop further exciting projects with my team and build on Ron’s yacht design legacy," declared Rob Doyle.

The long collaboration with Ron Holland produced a wide range of significant projects including:

Perini Navi. One of the most successful partnerships ever in the Superyacht industry has seen 21 designs already launched and three more currently in build.

Mirabella V.The world’s largest sloop, everything about this boat required new thinking especially in the classification rules area. Amongst the research and development elements that went into Mirabella V were the 88­‐metre high, carbon­‐fibre mast and the 150-­tonne lifting keel arrangement. Both components set new industry­‐wide standards.

Ethereal. Ethereal is probably still the most technically advanced and innovative sailing superyacht ever built, specifically pioneering a level of energy efficiency unmatched anywhere to date. 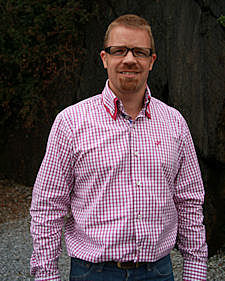 As Rob Doyle Design now picks up the baton, the office will be responsible not only for developing Ron Holland’s new and existing design work but also the young company’s own new build and refit projects.

"It is natural for Rob to want to push forward with his own design career and projects. I have moved my centre of activity to Vancouver, Canada and this changes the way I work. Over the past 18 years we have worked together on some important projects and I have sincerely valued the input and skills that Rob has brought to each one of them. I look forward to continuing to collaborate with Rob on the projects that will carry the Ron Holland label and I also wish him all the best for the future of his own design firm and its projects," said Ron Holland.

With a career that has spanned the evolution of the superyacht sector, one of Doyle’s most valuable specific attributes when tackling large projects is his unique brand of hands-­‐on design and performance optimisation coupled with the use of classification society rules. As the Rob Doyle Design team members are all active small boat racers they remain current on the latest performance related elements in yacht design. This wide but special skillset combination does not allow Doyle’s team to become ‘old school’, but places the company where it can benefit from its younger design style, imagination and energy levels as well as being genuinely able to keep construction values based upon the deep foundations of Ron Holland Design.

As in all creative projects, the relationships between clients, the design office and other key collaborators and stakeholders are everything. Rob Doyle Design‘s accomplished staff will continue to ensure that all design elements in small, large, simple and complex power and sail projects can be seamlessly brought together and reliably delivered. The human approach, the tangible track record and the list of past and current client endorsements now all combine to convey real confidence in working with Rob Doyle Design.