The third edition of the Rolex Capri Sailing Week Volcano Race concluded with the final prizegiving ceremony today at the docks in Capri’s Marina Grande. During the ceremony, the crew of Alexander Schaerer’s Caol Ila R (USA) received the week’s most coveted prize – the Rolex Trophy and Rolex timepiece – awarded to the overall winner of the event on IRC. 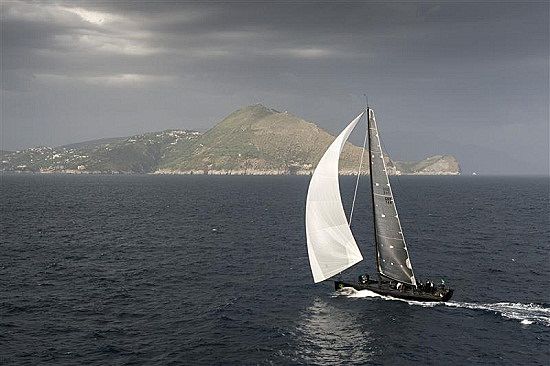 “It was exactly three years ago here in Capri that we went into racing,” explained Caol Ila R owner Alexander Schaerer, “and the fact that we won a Rolex in our first competitive outing with the new boat is really a dream come true, but of course we hope it’s not going to be the last one!” 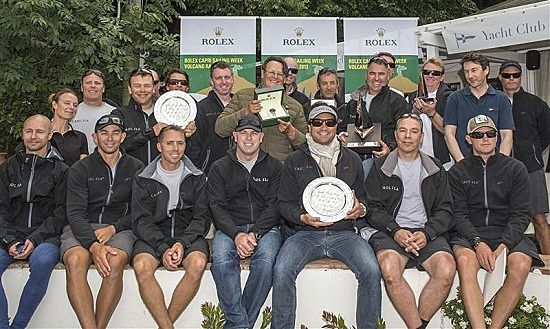 “A big thanks goes out to my crew,” added Schaerer at the prizegiving ceremony. “We came here with the idea that it would be a nice holiday in Capri with little wind for our first offshore race so we could get to know the new boat. If anything, we certainly got to know her; we know the bowsprit can only take up to 40 knots but not more than 40 knots- because then it breaks off! I was lucky to have a very seasoned crew onboard, with over 40 Rolex Sydney Hobart wins in total, and they managed to fly a downwind sail off a broken bowsprit and bring us home safely to this beautiful island. A big thank you to Rolex, IMA, the yacht clubs and the cities involved in making this event possible.”

The Rolex Capri Sailing Week Volcano Race began on 18 May and was comprised of one leg from Gaeta to Capri, an inshore race off Capri and a long-distance offshore race that started and finished off Capri. Caol Ila R was not only the winner of the event overall on handicap, but also claimed line honours for the offshore race, the 210-nm Rolex Volcano Race, completing the course in a blistering 18 hours, 2 minutes, and finishing off Capri at 05:07 on Thursday. 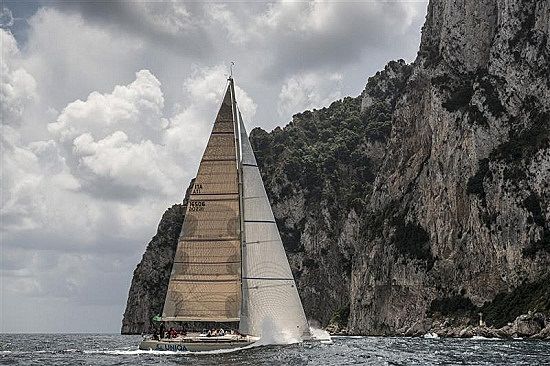 Extreme weather conditions around the Aeolian Islands during the scheduled race period led the race committee to alter the original course for the final offshore race. The resulting long-distance race took the participating Maxi fleet from Capri to Santa Maria di Castellabate, back past Capri and on to the island of Ponza before finishing off Capri’s Marina Grande.

The Rolex Capri Sailing Week Volcano Race is organised by the International Maxi Association, in collaboration with the Yacht Club Gaeta EVS and the Yacht Club Capri, and upholds a decade-long tradition of Rolex’s involvement in Capri’s international yachting calendar.