With less than 5 days to go to the start of the 33rd edition of the Rolex Middle Sea Race, a steady stream of boat captains have been making their way to the Royal Malta Yacht Club making their final registrations for the race. Yachts from 18 different nations are taking up their berths at The Royal Malta Yacht Club and the Grand Harbour Marina. The extensive facilities at the club will be put to good use, as Thursday night’s Crew Party, will cater for 1500 invited guests. Racing starts today with a coastal race in preparation for the main event, which starts on Saturday 20th October.

At a packed press conference held on the terrace of The Royal Malta Yacht Club, the Commodore, Godwin Zammit introduced Principle Race Officer, Peter Dimech who explained the planning that has been put in place to start The Rolex Middle Sea Race from the historic Grand Harbour. 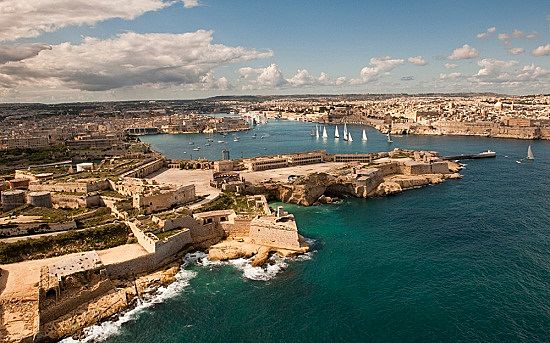 “It is too early to establish exactly what the weather will be like on Saturday but there is no doubt that the Grand Harbour will be extremely busy with competing boats. Transport Malta has closed the harbour to other shipping from 0830 until 1300 and we would specifically ask that any vessels that are in Grand Harbour keep well clear of the competing yachts. We are especially grateful to Transport Malta and the Armed Forces of Malta, who have been extremely co-operative, with a record number of yachts expected on the start line, we would anticipate that there will be four or five different starts, probably the best view will be from the Upper Barrakka Garden, I am sure it will be an amazing spectacle.”

The press conference was attended by a number of Maltese and overseas skippers taking part in the race.

Lee Satariano, the co-skipper of last year’s overall winner, Artie-RTFX: “I think if anything we are actually better prepared than last year and we have been working hard on our performance and hope we can do ourselves justice but above all we are looking forward to enjoying the race, once again the entire crew is from Malta.”

Arthur Podesta, skipper of Elusive 2 has done them all, competing in every race since 1968: “This race was always designed to be a classic Mediterranean race and that is what it has become, the first race had only 8 boats and it has just got bigger every year. It is a fascinating race, maybe you could say it is six races rather than just one, as the course is so changeable, it always keeps one interested.”

Volvo Ocean Race skipper and Olympic sailor, Andreas Hanakamp will be racing on the Austrian Class 40, Vaquita: “I am not surprised that this race has become so popular, there are six Austrian yachts racing, which is great to see. The race has fantastic scenery and it is a very challenging course, which makes it really attractive and has established it as a classic not to be missed.”

Irish Two-handed entry, Dinah is skippered by Barry Hurley. “I have sailed nearly 3000 miles to get here but this is not my first race, I have competed six times before, often with Maltese boats and I have very fond memories of those races. This year, I had the chance to come here and sail in my own boat and I am really looking forward to a great race".

Tomorrow, Wednesday 16th October. The Royal Malta Yacht Club is organising a coastal race. Scheduled to start at 1000, the coastal race offers the teams an opportunity to practice before the big send off on Saturday. The course is likely to be approximately 16 miles, starting from Marsamxett Harbour then up the northwest coast of Malta around Comino and finishing in front of the Royal Malta Yacht Club. Spectators will be able to watch the race from along the Sliema seafront at the start and the finish. During the coastal race, the Gozo Ferry terminal at Ċirkewwa will offer views of all the boats as they round Comino.

It is also highly likely that the Slovenian Supermaxi, Esimit Europa 2 will arrive in Malta during the course of tomorrow’s coastal race. Esimit Europa 2 is aiming to establish the benchmark time for the 700 nautical mile passage record Trieste to Valletta, recognized by the World Sailing Speed Record Council.