Based on an advanced hybrid propulsion platform, Rolls Royce has released details of its new LNG fuel-driven Crystal Blue motor yacht concept in Amsterdam this week at the Global Superyacht Forum that took place in tandem with METSTRADE 2017. 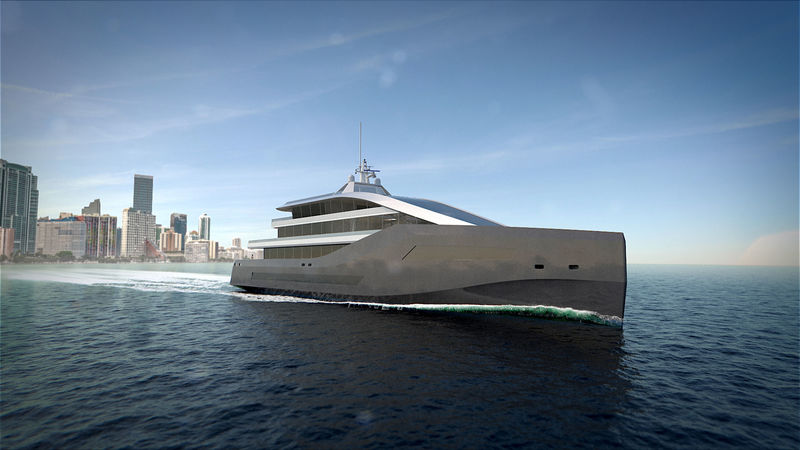 Driving Crystal Blue are two LNG-fuelled MTU M65-N generator sets that are connected to a battery bank that provides 1MWh of power while in port without having to rely on the generators. Underway, power is delivered to two carbon Azipull thrusters that provide a top speed of 20 knots.

The scarcity of LNG fuel in common superyacht hotspots might make this concept seem a bit too far ahead in the future, but Rolls Royce addressed this problem by designing Blue Crystal to operate together with Blue Shadow, a 42-metre remotely controlled support vessel. Blue Shadow will act as her mothership’s dedicated LNG fuel bunker as well as dedicated toy and supplies-carrying platform.

“We have dimensioned Crystal Blue fuel tanks for a range of 3000 nautical miles without refuelling,” says Henrik Alpo Sjöblom, Project Manager at Rolls Royce’s Ocean Team, “but with the Shadow’s additional fuel capacity, the range increases to 4400 nautical miles, meaning that most of the typical yachting areas are accessible.” 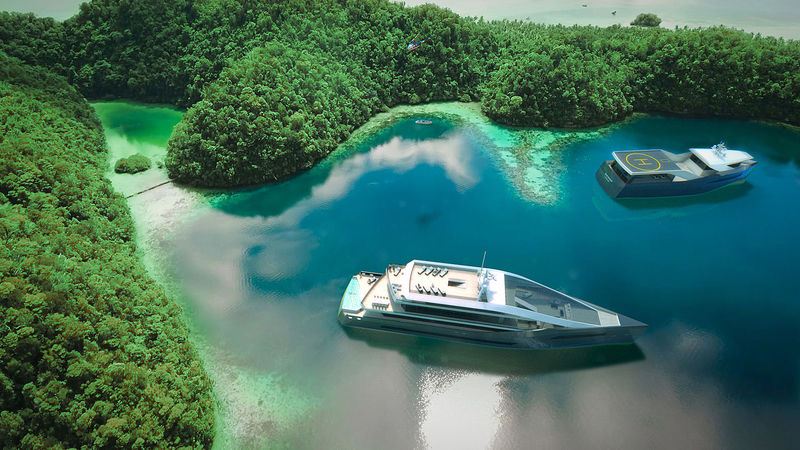 In addition to its clever propulsion system, Crystal Blue also features an innovative operation station quite unlike any other yacht. “Our ship intelligence and remote-control concepts have allowed us to design a yacht for the future that has the bridge located below the bow, inside the vessel,” explains Oskar Levander from Rolls Royce’s SVP Concepts and Innovation. “The crew is able to monitor and control the vessel using sophisticated sensors, cameras, display screens and situational awareness technologies.”


Crystal Blue is a mix of the present and the future, with a number of large superyachts already fitted with Rolls Royce’s Unified Bridge design as well as technology from its first remote-controlled commercial tugboat that was tested earlier this year.