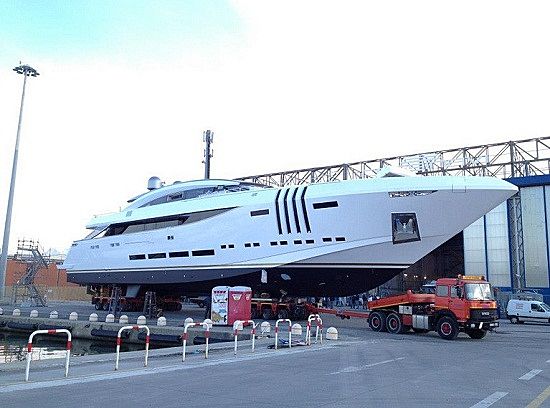 Designed by Enrico Gobbi from T4D, Vellmari's key design feature are her ingenious forward windows, which are two meters high cut outs in the hull, which will lighten the owner's cabin, and offer paramount views. Other notable features are the windows in the sky-lounge, which are electrically operated, and can open.

The actual launch will be next week, and the yacht's delivery is scheduled for April.