After the international success of the 70 metre superyacht Numptia, Rossinavi has teamed up with naval architect Axis Group Yacht Design once more, aiming to develop a new yacht concept for the US market. I was invited at the yard last week, and received a sneak preview of the project, designed by Horacio Bozzo Design. The concept will be developed with the specific need of a shallow draft to sail in the Caribbean islands. 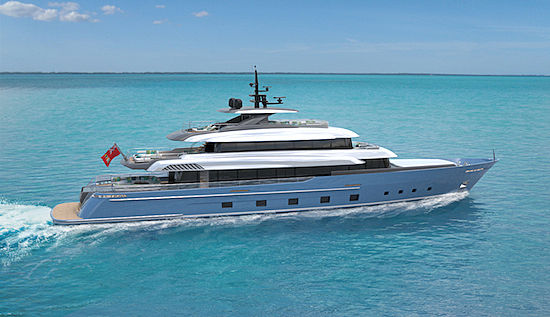 The new 48 metre project has been conceived as a flexible platform with three different interior styles in order to offer an efficient turnkey solution for the owners. "Having predetermined engineering packages and streamlined production due to repetitive builds, the lead-time for new builds can be reduced to approximately 24 months", Rossi Navi's Filippo Ceragioli commented. 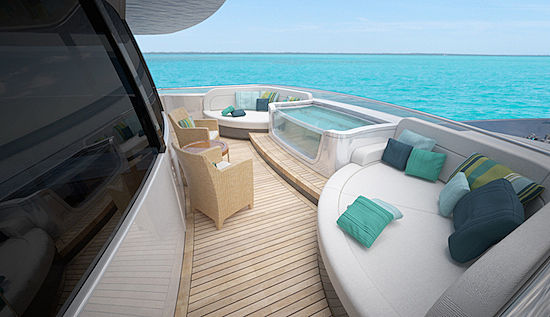 The Bahamas will be available in tri-deck version. The upper deck will host a private jacuzzi on the fore side of the bridge, and be dedicated to the Owner. The main deck will comprise of the main saloon and galley plus a large outside space, complete with the most extravagant jacuzzi of the yacht. The lower deck will host up to 10 guests across 2 VIP cabins and 2 Guest cabins, as well as 9 crew plus the captain. 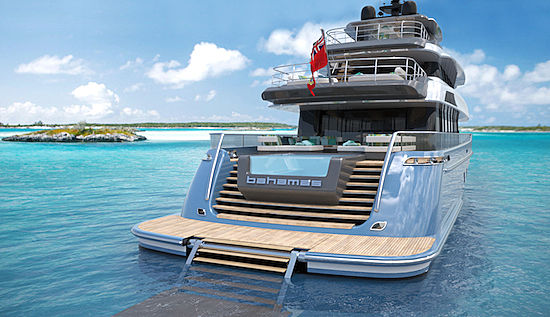 The chosen engines are two Cat C32 Acer C with emission spec in accord with EPA Tier 3 – IMO Tier II. She will be designed to produce a top speed of 15.5 knots at max power and half load.