The Italian yard Rossinavi has teamed up once again with the Milan-based naval architect Federico Fiorentino for a 55-metre all-aluminium superyacht concept called Zephyr. 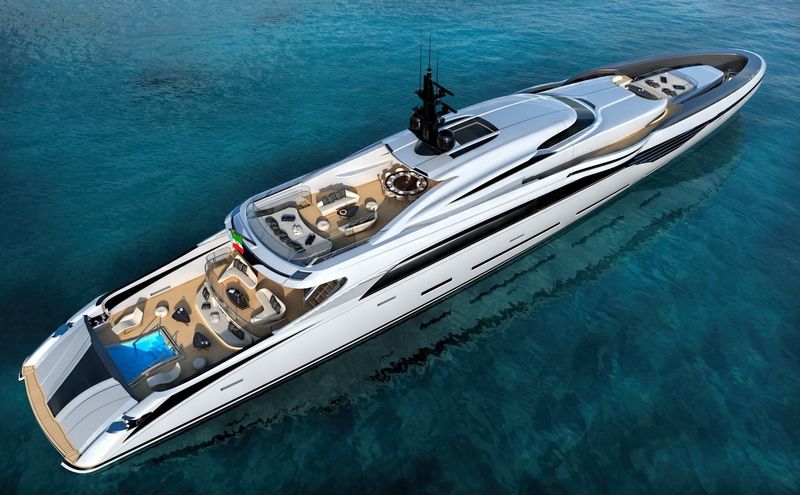 Drawing on his background in racing and powerboat design, the naval architect has created an exterior which reflects the muscular bodywork of classic 1950s and 1960s sports cars.

Zephyr would also feature the fast displacement XL500 platform created by the Dutch van Oossanen Naval Architects. This hull would stretch Zephyr's 500GT interior over the maximum length possible, in order to achieve a smooth cruising experience on board. 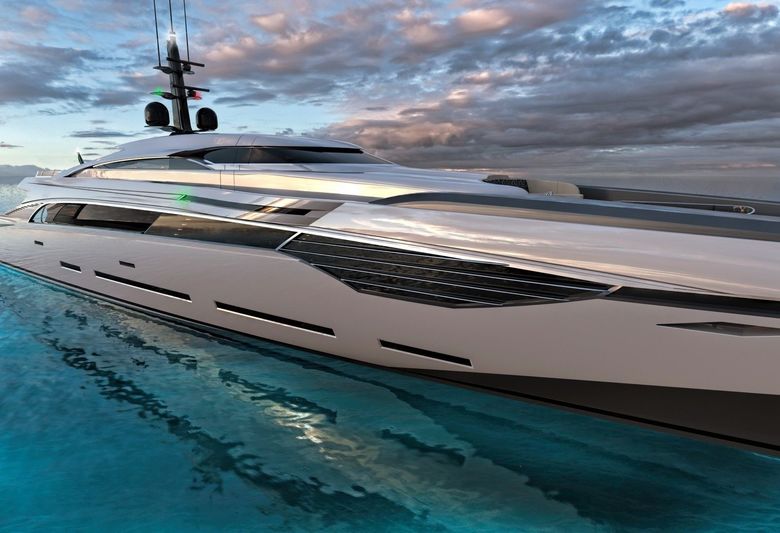 On board, the 55-metre motor yacht accommodates up to 10 guests across five staterooms, with crew quarters accommodating up to nine. Her interior design is from the drawing boards of the Pisa-based interior design studio Pulina DNA, featuring reflective, transparent surfaces and large windows to create a spacious and light atmosphere.

One of Zephyr's stand-out features is a fold-out transom which creates a 300 square metre beach club on board, as well as a five-metre glass-sided infinity pool. 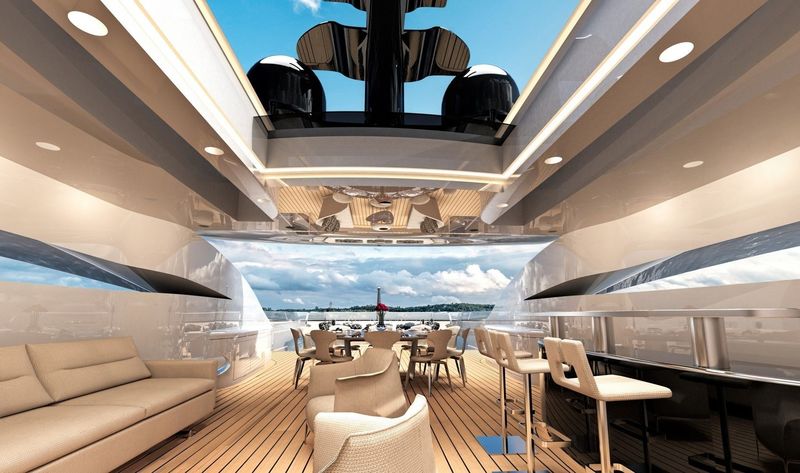 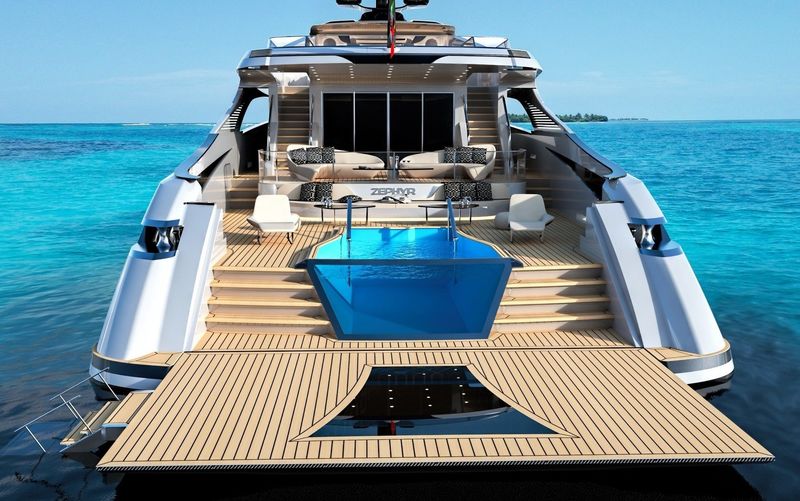 Powered by twin MTU 16V4000 M93L engines, she would have an impressive top speed of 32 knots and a cruising speed of 28 knots. At 12 knots, Zephyr would be capable of a transatlantic range of 3,400 nautical miles.

For visitors to this year's Fort Lauderdale International Boat show, there is the chance to find out more about the Zephyr project at Rossinavi's stand, as they will be exhibiting a scale model of the concept throughout the show.

Other superyacht projects currently under development at Rossinavi include the 52-metre Project Florentia, which was sold recently.