Rossinavi has revealed new details on their custom superyacht project, the 63-metre Project Vector, which has been announced as Utopia IV ahead of her upcoming launch tomorrow in Pisa. 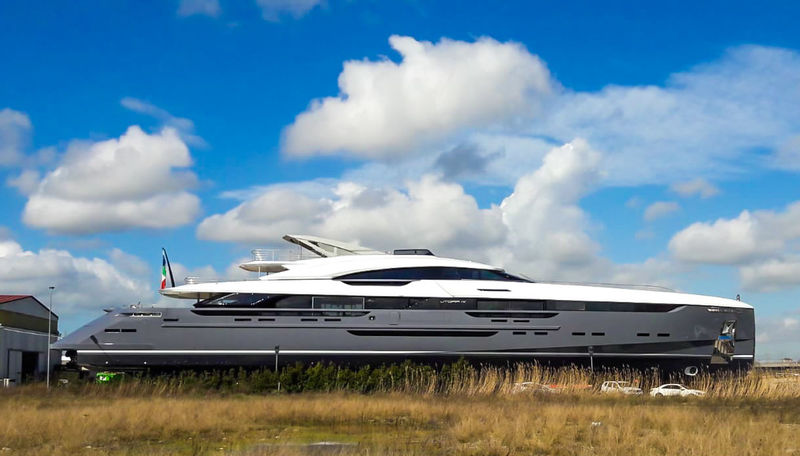 Commissioned by a private American client, Utopia IV features exterior and interior design by the Venice-based Enrico Gobbi of Team4Design, with her dynamic silhouette inspired by contemporary automotive design, with her sharp lines and low profile on the water similar to that of a speedboat. Her naval architecture is by the Italian studio Arrabito Naval Architects.

With a fast displacement hull, Utopia IV is light, fast and powerful. Fitted with four lightweight Rolls Royce engines as well as four hydro jets, her intelligent combination of power allows the yacht to travel as efficiently at low speeds as at high speeds, with a top speed of 33 knots and an average cruising speed of 26 knots. Indeed, impressively, she can easily reach a cruising speed of 18 knots using only 35% of propulsion power. Designed to be versatile, Utopia IV will be equally at home cruising the Caribbean and Mediterranean as sailing along the coast of Florida.

“We wanted it to feel like a speedboat, with a minimum draft, efficient in its range of navigation, with an intelligent propulsion and completely tailor-made. At the beginning of the design process, we had to consider the relationship between the engine horsepower necessary to achieve certain speeds, and its weight... The overall balance is a particular feature of this boat, an interesting idea which makes Vector unique," said Federico Rossi, the COO of Rossinavi. 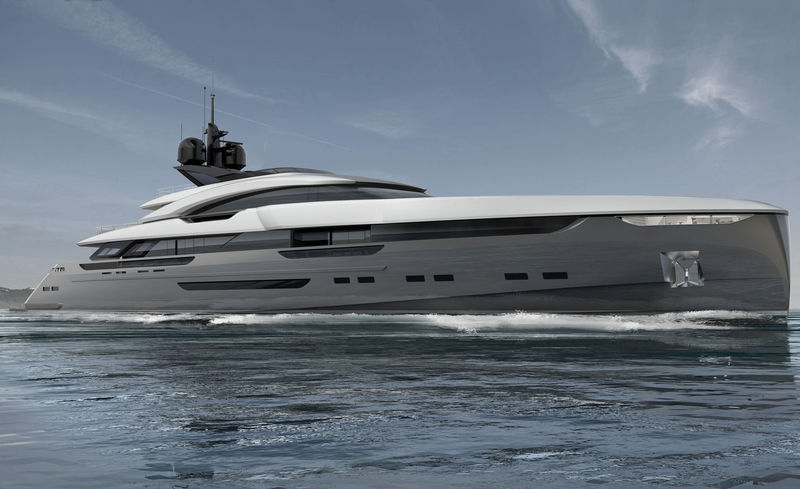 Inside, Utopia IV emphasises comfort and style. Continuing the long lines of the exterior design, the interior is sleek and wide, with the capacity to sleep 12 across six spacious cabins and a gross tonnage of 930. The forward facing owner’s suite boasts a six-metre balcony and floor to ceiling glass windows that surround her 180-degree panoramic view. The master suite also includes a grand bathroom with wood panelling and marble, a double shower and Jacuzzi bath.

Inside the main salon, the 63-metre vessel's lounge has two sliding glass doors that open onto the deck and flood the interiors with natural light throughout the day. A rich wood-panelled partition wall separates the main living and dining spaces, while the main bar at the rear of the yacht opens directly onto the main deck for ideal entertaining opportunities. 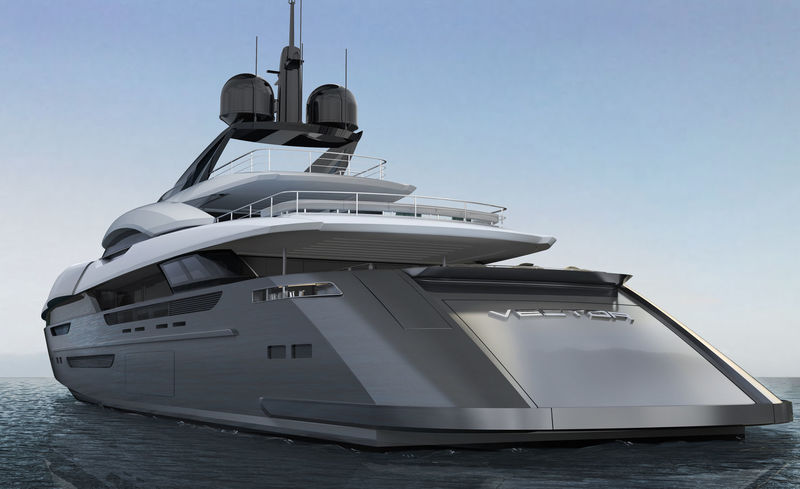 On deck, you can find various lounging and recreation areas including three swimming pools, the largest of which is located on the main deck alongside a sun deck and generous outdoor lounge. Enrico Gobbi has also designed the impressive 70 square-metre beach club space at the rear of the yacht which opens directly on sea level. In addition, a touch-and-go helipad can be created by lengthening the flydeck: without jeopardising the clean lines of the yacht's design. When not in use, this can be used as a relaxation and entertaining space.

In addition, Rossinavi have also released this teaser video ahead of her launch tomorrow: