Royal Huisman, the Dutch luxury yacht builder headquartered in the town of Vollenhove, has announced the signing of a new 46-metre world-cruising performance sloop as commissioned by an experienced owner. Codenamed project 405, the yacht’s brief called for a comfortable long-distance cruiser with the capabilities to excel during superyacht regattas. The project, also known as Nauta - Reichel Pugh 151, is expected to be completed in 2022. 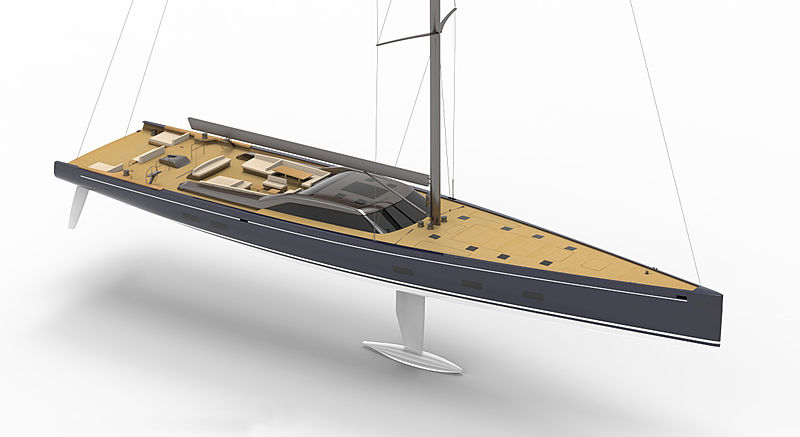 The owners brought their own wealth of experience to the table and have been involved in every step of the development process, reports the yard. In addition to developing the general concept, Nauta Design was also selected to design both the exterior and interior areas of the yacht while Reichel/Pugh is the firm behind the vessel’s naval architecture. MCM’s Nigel Ingram along with the owner’s experienced race team will oversee the build project as the vessel takes shape.

Despite the lockdown restrictions implemented since March in many parts of the world including the Netherlands the project remained very much alive, with Royal Huisman commenting: “Project 405 will enter into Royal Huisman’s history as the first yacht that was contracted as the result of intensive video conferencing and telephone calls between the owners, their representative and the design and build team.”

Project 405’s construction will consist of lightweight aluminium and carbon composite elements for a blend of comfort and performance. The yacht’s single Panamax mast will be constructed by Rondal. “It is truly an honour to work with the owners and this great expert team of designers to realize their lightweight superyacht,” comments CEO Jan Timmerman. “The team of Royal Huisman is proud that the owners and their team have selected us for this innovative lightweight construction which was cleverly developed by our in-house R&D team, backed up with over 55 years of experience with aluminium construction.”

This new project takes the yard's current production portfolio to a total of four, with the 55+ metre project Phi  to be completed next year and the 59.7-metre project MM597 expected to take to the water in 2022. The yard's flagship project, Sea Eagle II, is drawing ever closer to delivery with its official handover taking place later this season.

Full steam ahead on new Baltic 117 and 146 superyacht projects