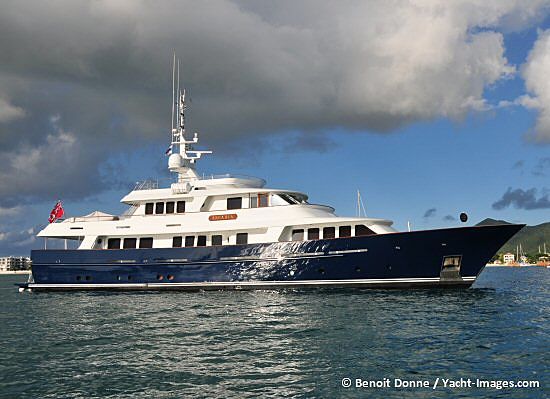 The 35m Arcadia anchored off the Simpson Bay Lagoon, Sint Maarten on 8 January 2008. Arcadia was built by Royal Huisman in 2006 to a design of Tony Castro. It was not the first motor yacht for her East American owner as he previously owned a Jongert yacht. The interior of Arcadia was designed by Dick Young of Rhoades Young. The yacht can often be found in Newport, RI.