First unveiled at the 2013 edition of the Monaco Yacht Show, updates to the 80 metre Andrew Winch designed DART from Royal Huisman has recently been revealed by the Dutch shipyard. Over the past two years, the shipyard state that the superyacht design has generated substantial interest, the result of which are several changes in the original design to optimise the vessel to be the very best version of itself. 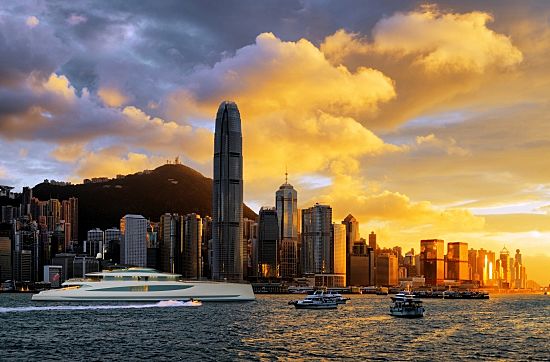 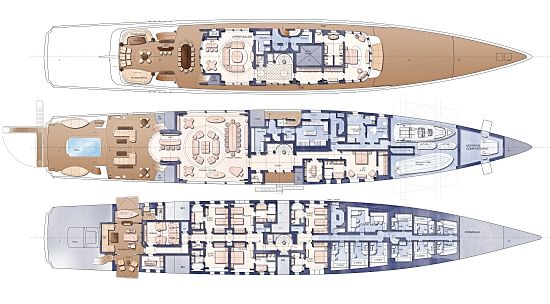 Two years later, the Andrew Winch and Royal Huisman teams have conducted further engineering studies, and DART will now offer potential owners the option of two dynamic general arrangements, one of which features a full beam owner’s suite on the main deck, the other featuring a raised pilothouse arrangement to enable a panoramic top deck master suite. Her long list of amenities of both versions include a full beam main salon will glass walls; an aft beach club with side platforms for direct access to the water; a touch-and-go helipad; a 5.5 metre infinity pool on the aft deck; a jacuzzi on the sundeck and a garage with enough space to house two ten metre tenders. 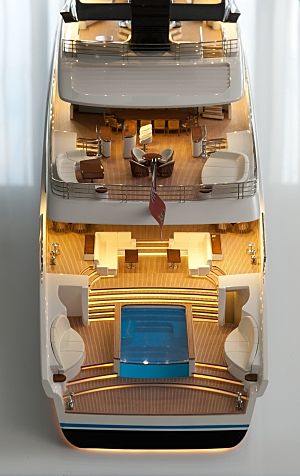 Attributing to the speculated popularity of DART, Royal Huisman notes the low operational cost the vessel boasts in comparison with similar yachts of this size. This was a point emphasised at the design’s initial unveiling, with the shipyard highlighting a ‘Total Energy’ approach where a multitude of advanced technologies work in concert.

The 24 metre long engine room is home to the power source that provides a top speed of 19 knots and a cruising speed of 16 knots, as well as an impressive range of 6,000 nm. Further adding to the comfort of guests, the engine room is located below the cabin deck with no through bulkheads that transmit noise and vibrations, providing guests with a peaceful time on board. 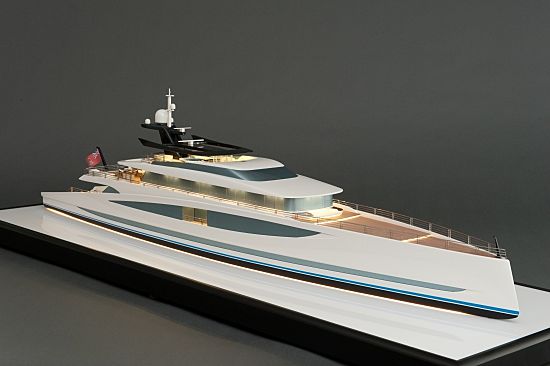