Central to its 2019 Monaco Yacht Show campaign is Royal Huisman’s new 55-metre smart yacht concept named Sangi which will be unveiled during the event next week. The design - created together with fellow Dutch innovators Cor D. Rover and Van Oossanen Naval Architects - is that of a low-volume high-efficiency motor yacht developed "for owners seeking to embrace new opportunities’" according to Royal Huisman. 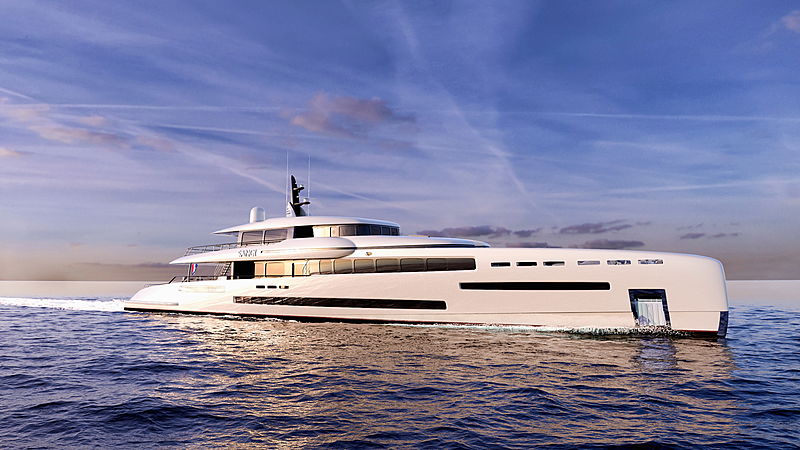 Designed to be built entirely in aluminium, Sangi benefits from a pre-engineered platform that requires less space dedicated to machinery, leaving precious volume to guest spaces around the yacht. Thanks to this, Sangi offers generous areas on board despite her sub-500 GT design with a superstructure that can be re-modelled according to her owner’s taste. 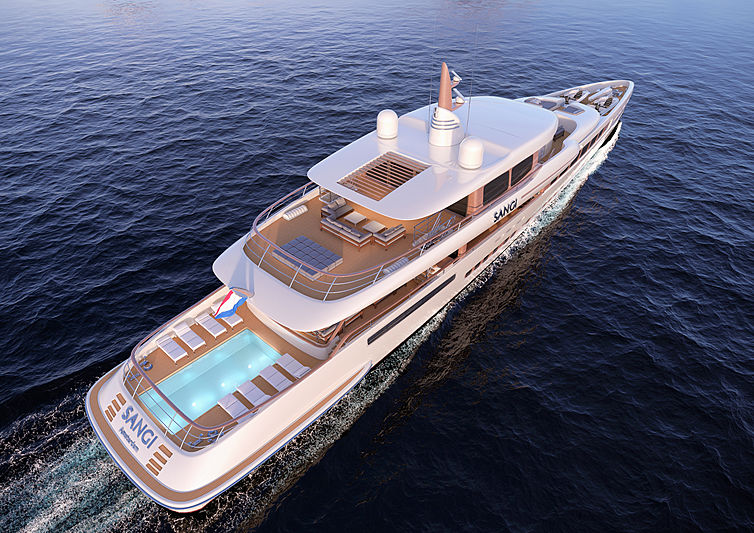 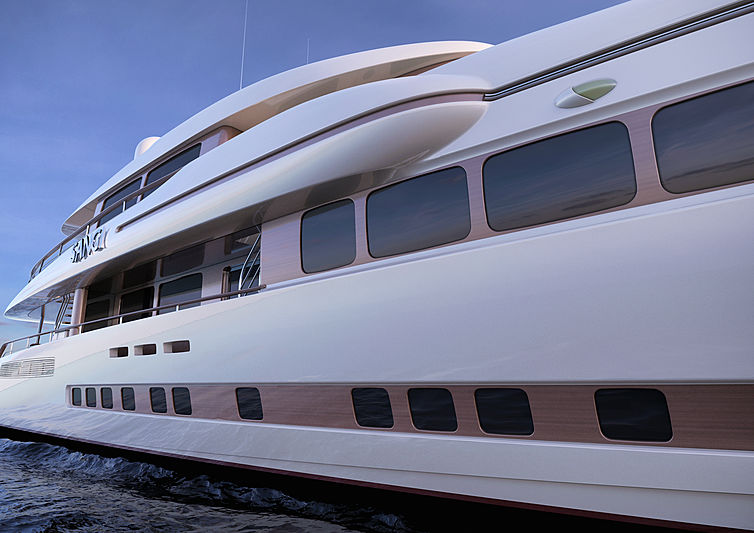 With an internal layout that remains open to interpretation, Sangi is designed to easily accommodate at least 10 overnight guests with luxuries such as a grand master suite, entertainment theatre and generous communal guest areas as standard. Due to the space-saving methods that form part of the yacht’s design, Sangi’s two tenders will be stored on the stretched foredeck for easy launch and recovery and minimal guest disturbance. 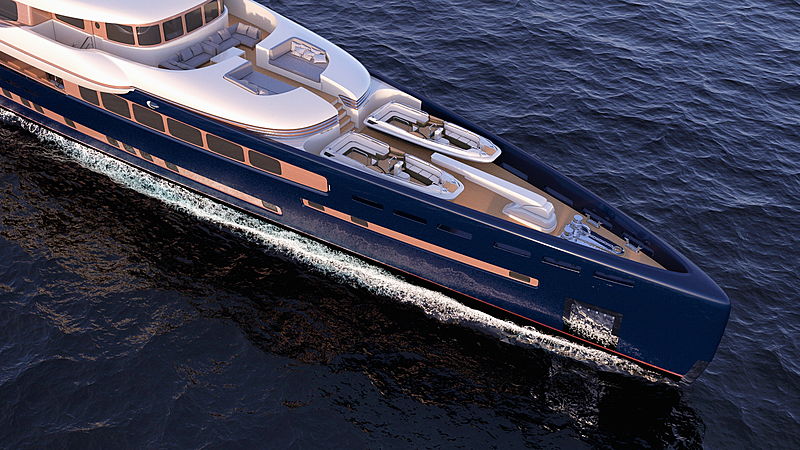 No strangers to eco-friendly vessels, Royal Huisman created Sangi to run on a fully electric and hybrid system that operates alongside a conventional engine setup. In addition, a smart energy management system helps optimise the power generation and storage depending on the usage on board. Thanks to a sleek and efficient Fast Displacement XL hull design by Van Ooossanen Naval Architects, Sangi will require less power to be driven, resulting in a greater cruising range and smaller environmental impact. 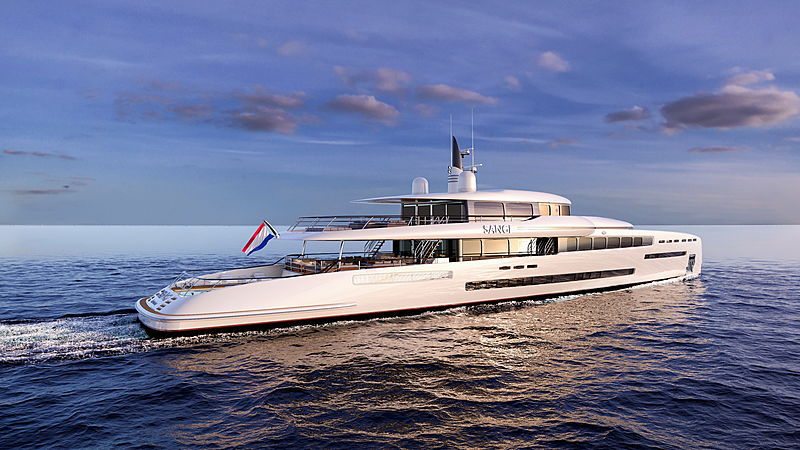