Details are still scarce, but Royal Huisman has confirmed they have signed a new contract. The yard has not released the length of the new order, but they have revealed who the designers are, Sparkman & Stephens. 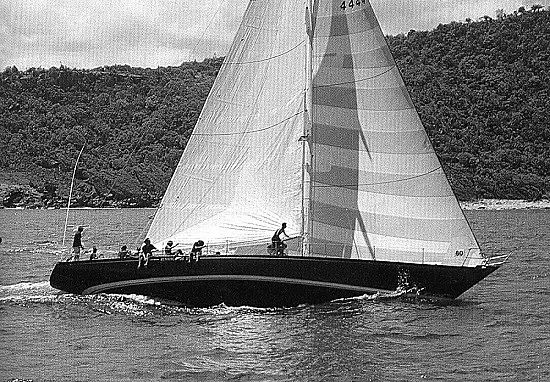 In 1969 the highly reputable design office of Sparkman & Stephens entrusted Royal Huisman to build what became the famous “Running Tide”, seen in the picture above.

Going on to win no less than 3 SORC’s and 3 Newport-Bermuda races on top of wins and top places in many other prominent regattas Running Tide was particularly special due to her being the first of the Sparkman & Stephens designs to be commissioned in the then highly advanced, lightweight Aluminum. Today some 45 years later Royal Huisman and Sparkman & Stephens have been commissioned to build their 35th project together; only this time using today’s other advanced, lightweight material carbon fiber for hull, deck, spars and standing rigging.

Brendan Abbott chief designer at Sparkman & Stephens comments; “The brief called for an exquisite and systems rich design, finished to the highest standards in all regards. We were asked whose capabilities could exceed the requirements, and there was really only one recommendation we could make - Royal Huisman."