On 26th September 2011 the Royal Huisman-built 36m explorer Arcadia completed her east-west transit of the Northwest Passage – only the 159th vessel to do so in the 108 years since records began. 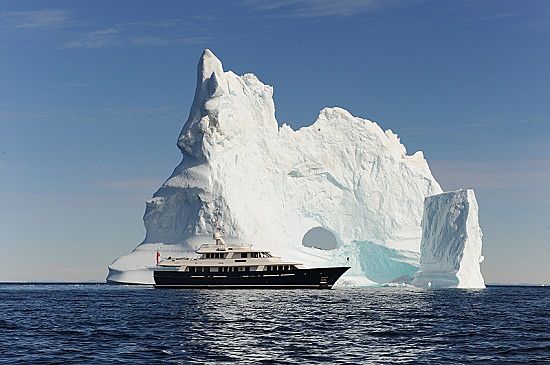 Especially remarkable, Arcadia is no steel-bound ice breaker but an elegant luxury yacht, constructed from aluminium, with some components fabricated in carbon composite. She was always envisaged by her owner as a globe-trotting gentleman’s yacht with the ability to go anywhere in comfort and style. Her Tony Castro design certainly alludes to high latitudes and explorer tendencies – a visual heritage that Arcadia has evidently been eager to live up to in real life. 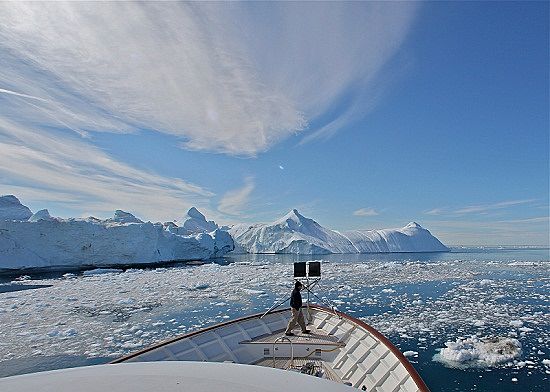 Taking her departure from Christianshab, Greenland, on 2nd September, Arcadia crossed the Baffin Sea to Pond Inlet where she commenced her transit on the 5th September. Under the command of Captain James Pizzaruso, Arcadia’s owner and guests experienced a stunning passage that included numerous polar bear sightings, fine and challenging weather and some exhilarating shore-side hiking.

Arcadia covered a total of 3,278 nautical miles, of which 1,587 were completed between Ilulissat and Cambridge Bay, and a further 1,691 between Cambridge bay and Nome, Alaska. The route from Pond Inlet took in Bylot Island, Devon Island, Prince Leopold Island, Fort Ross (Somerset Island), through Bellot Strait to Jenny Lind Island, Cambridge Bay (Victoria Island) and on to Nome Island via Banks Island, Beaufort Sea, Chukchi Sea and Bering Sea.