During the 2007 Superyacht Cup in Palma, I sailed a day on the 52m gaff rigged schooner Meteor. Although I was already aware of the quality of Royal Huisman, I was very much impressed. From bow to stern, keel to mast, everything was perfectly done and she sailed like a dream.

Visiting Royal Huisman is always a great pleasure, and my last visit was no exception. Our tour of the yard started in the shed where Twizzle will be build. Twizzle is a 57.5m flybridge ketch for experienced owners, who currently own a 55m Feadship motor yacht and previously owned a large Perini Navi. She is a yacht of many firsts for Royal Huisman:

• the first yacht completely styled by the team of Redman Whiteley Dixon, with Todhunter Designers providing interior decoration
• the first build with naval architecture by Ed Dubois
• the first sailing yacht with a flying bridge

The first plates for her hull and superstructure, which will be build in-house, were being cut. She is scheduled for launch and sea trials in March 2008. 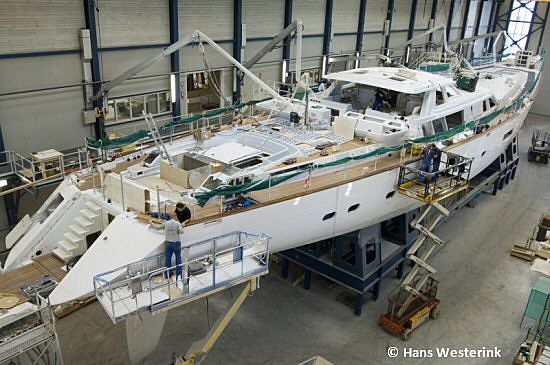 We continue our tour to the biggest shed, the one where the 89m Athena (2004) was built, and currently occupied by the largest order of Royal Huisman, the 58m Ethereal. Inspired by the 43m Juliet (1993), Ethereal promises to be one of the most complex and advanced superyachts ever build.

Conceived by an owner from the technology industry, she has some very special features. Perhaps the most-talked-about feature of this project is the hybrid electromechanical propulsion system that allows the yacht, under sail, to charge its technically-advanced bank of lithium polymer batteries, instead of using generators. This energy bank, in turn, is the alternative power plant, enabling Ethereal to raise anchor, motor, hoist sails and run ship’s systems, all under stored electrical power for hours at a time.

Ethereal is well underway, with the interior being installed now, and is on schedule for delivery in the autumn of this year. 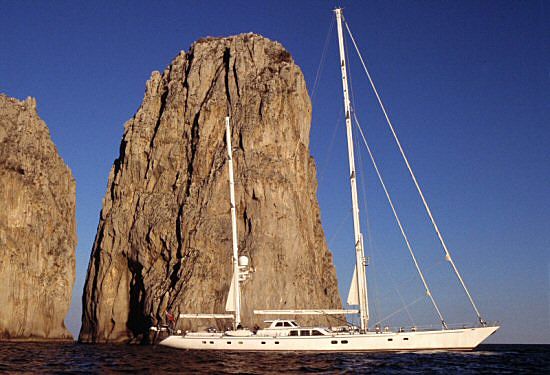 Royal Huisman is currently not only building three new yachts, but also completing a major refit on Juliet. It was difficult to compare the sizes of Ethereal, being 15 meters longer, and Juliet, as the first was in a very big shed, making her appear smaller than she really is and the second was in a much smaller shed, making her look bigger. 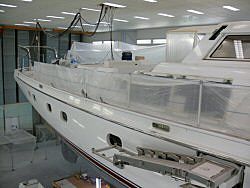 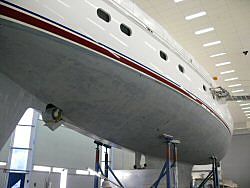 Next door to Juliet, the re-creation of Tommy Sopwith’s beautiful Super J Endeavour II was taking place. She is the third Huisman yacht for the same owner, following Hyperion in 1999 and Athena in 2004. The hull had just been turned and she was made ready for installation of the wiring and piping. 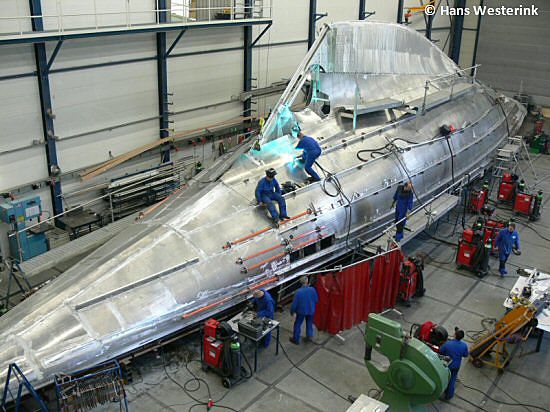 Interest in these legendary racing yachts has grown apace, with a number of restorations (including the smaller Endeavour by Royal Huisman in 1989) and the 2006 recreation of Ranger, the “Super-J” that defeated Endeavour II in 1937. Under J-Class Association rules, some design features are restricted historically, but performance can be optimized through a more flexible approach to sail area, ballast ratio, righting moment and build materials. 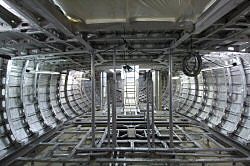 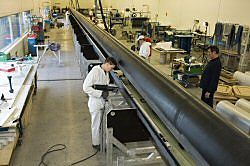 As a result, naval architects Gerard Dijkstra & Partners are overseeing the build of Endeavour II’s hull in Alustar, with spars and rig in carbon composite to create a yacht that should demonstrate the full potential of Charles E Nicholson’s original design. 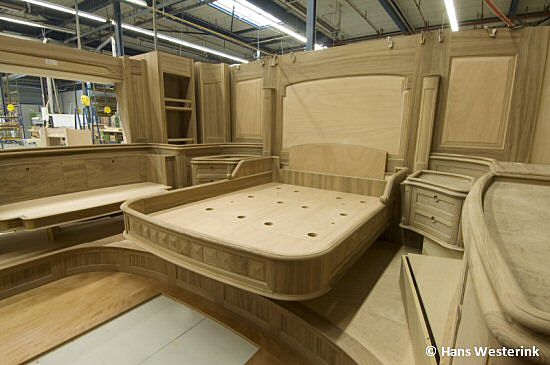 Endeavour II is slated for handover in time for the 2009 J class Spring racing season.

Royal Huisman is one of the very few shipyards that build everything in-house, from the hull to the interior. All yacht building principles are covered in their 30.000 square facility and one of the most interesting places is the furniture workshop. Before the furniture is moved into the yacht, it’s first build on a mall, so everything fits perfectly in the yacht afterwards. Thus not only improving the efficiency, but also the quality, as people don’t walk in each other’s ways during the construction.

Royal Huisman is not only a great shipyard to build your yacht, but also a great place to work, which was confirmed by Nancy. “It’s great to work here, because the Huisman family really cares about the yard and always invests in new developments”.