The Italian shipyard, Rosetti Superyachts (RSY), has released more details on its 38m EXP explorer yacht at this year’s Monaco Yacht Show. The new build is currently under construction and on track for a spring 2021 delivery, with the keel having been laid in May. Her steel hull is almost complete and will soon be joined to her aluminium superstructure. 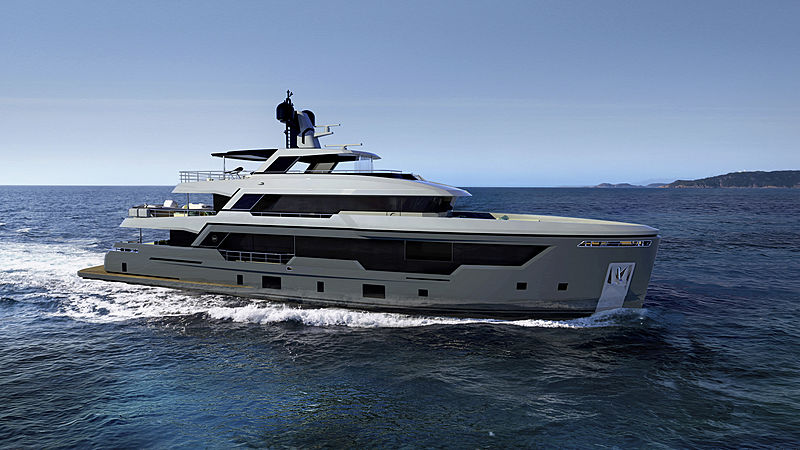 Photo: Rosetti SuperYachts"The 38m EXP fully embodies the philosophy of Rosetti Superyachts, which is to apply the extensive shipbuilding experience of Rosetti Marino to the superyacht sector,” says RSY’s CEO Fulvio Dodich. “This experience shines through the project in every detail, from the exterior and interior design to the careful selection of equipment and overall construction quality.” 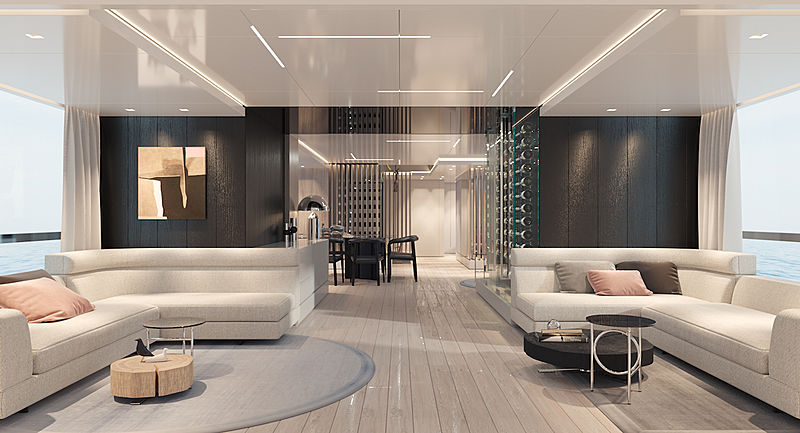 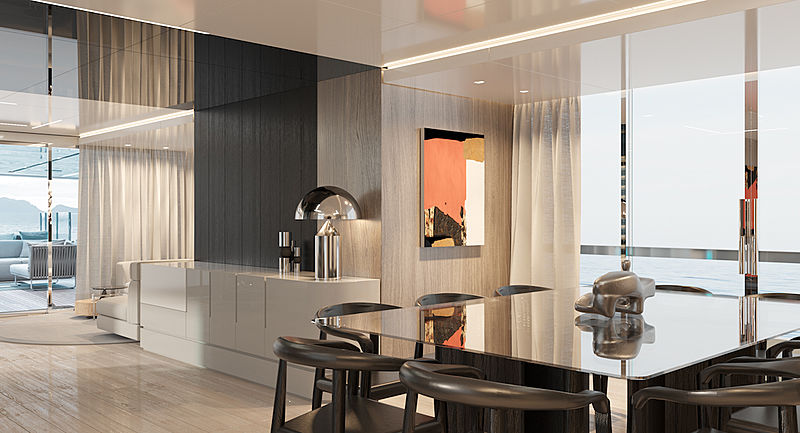 Photo: Rosetti SuperYachtsFor the creation of this explorer yacht, RSY joined forces with Hydro Tec for the exterior lines, interior layout and naval architecture of the vessel, and brought BurdissoCapponi Yachts & Design on board for its refined interior design. 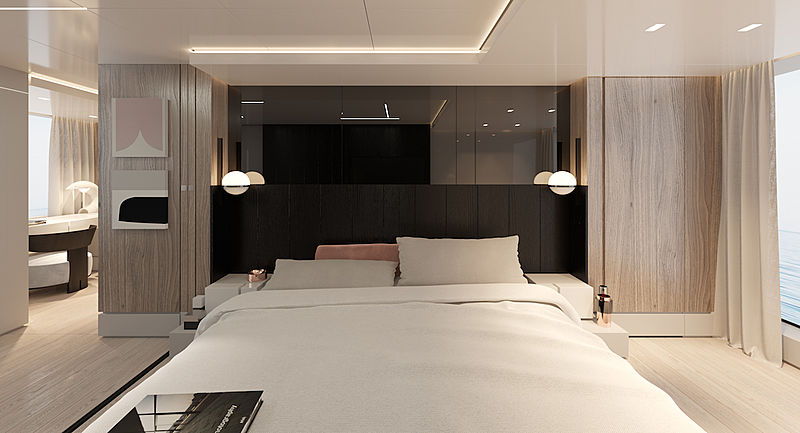 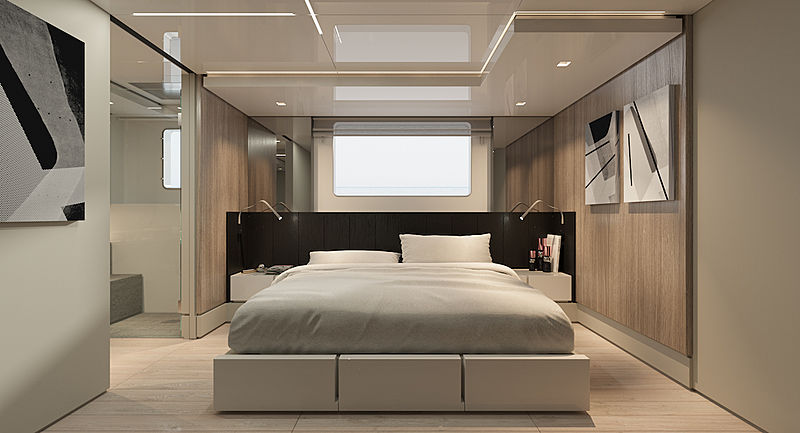 Photo: Rosetti SuperYachtsThe stairway can be considered the centrepiece of the project’s interior design, which happened in close collaboration with the owners. BurdissoCapponi Yachts & Design comments: “the staircase is the central functional and stylistic core with a character that is carried throughout the whole interior. In fact, the stairway is conceived as an architectural base that becomes a recurring element of the project, as does the interplay of white lacquer, light and dark woods.” Some of the more notable features onboard are the alcoves and niches framing various works of art and the unique lighting system.

Photo: Rosetti SuperYachtsThe main deck is home to the spacious owner’s stateroom, which has a fixed side balcony, and there are four guest staterooms - two doubles and two twin singles - on the lower deck, which is also where the crew quarters are located.

Photo: Rosetti SuperYachtsIn addition to the owner’s stateroom, the main deck features a saloon which has large aft windows and sliding doors. Starboard on the main deck is a custom-designed wine cellar that acts as a divider between the guest areas and the owner’s stateroom, and the large office area on the upper deck. On the sun deck, there’s a large dining table and a corner bar, a Jacuzzi with waterfall feature and two showers on the sides, with a sliding windbreak door to protect from the elements.

“The exterior design is a reflection of the yacht’s functionality and reliability, which were the key priorities for the owners,” says Hydro Tec founder Sergio Cutolo. “Special attention has also been paid to the crew area and to the hold volumes, both essential requirements for long voyages far from ports or marinas.” The exterior design is contemporary in style and features large windows and openings as per the owners’ request. 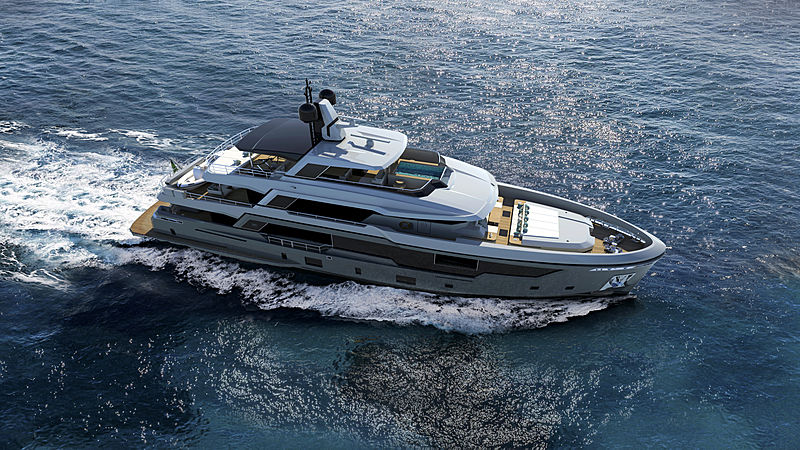 Rosetti Superyachts on the map with 38m motor yacht order