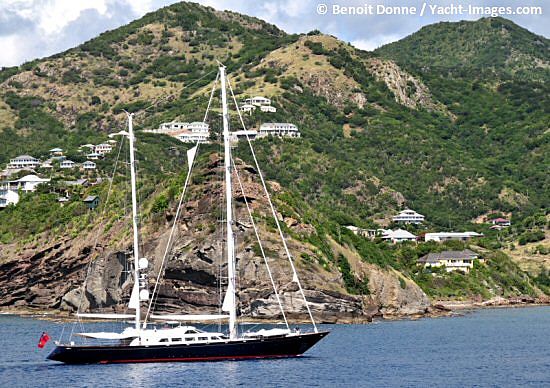 The 48m Morning Glory arriving in Antigua on 10 January 2008. Morning Glory was built by Perini Navi in 1993 and was one of the very few Perini yachts launched with a white hull. She was originally owned by a well known media tycoon, who took delivery of the 55m Perini Rosehearty in 2006. These days the yacht is reportedly owned by a media tycoon from Italy, who previously owned another Perini Navi, the Principessa Vaivia. She cruised extensively around Australia and New Zealand last winter and is currently cruising the Caribbean.