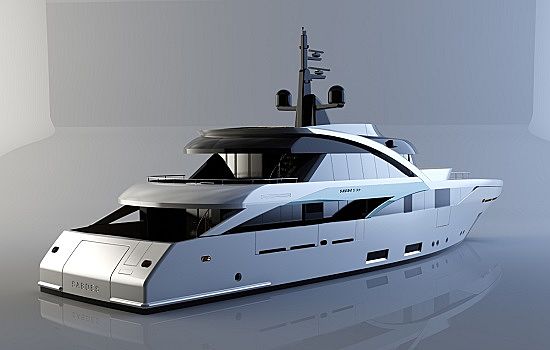 The superyacht was inspired by a previous Sabdes Design project, the 145 metre Project X. Scott Blee of Sabdes Design comments, “The new design proved to be a successful exercise in downscaling some signature styling elements from the much larger yacht design.” 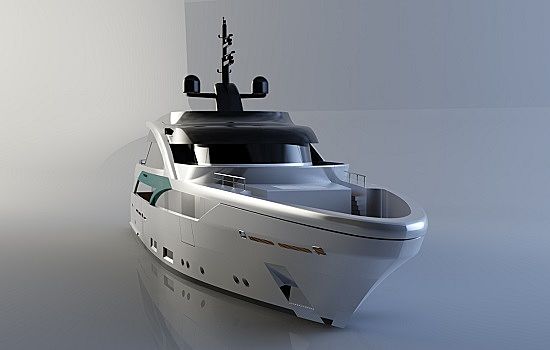 Some key characteristics of SLeek 39m include integrated drop down balconies at port and starboard measuring 5 metres and 2 metres in length; a section of the superstructure painted with Mica paint which allows the colour to change when viewed from different angles, and a sweeping structure that starts at the bow and integrates into the aft end of the upper sun-deck, creating the visual effect of lowering the height of the tri-decks.