A superyacht division will again be part of Australia's premier keelboat event, Audi Hamilton Island Race Week from August 17 to 25. This will be the 29th staging of the regatta, which is sailed on the tropical, island-laced waters of the Whitsunday region off the coast of Queensland. 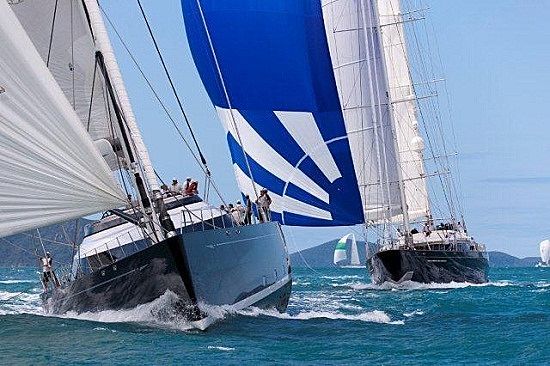 Hamilton Island sits as the centrepiece of the Whitsundays, a very special place for both cruising and racing. Within a 40-mile radius of Hamilton Island you have 74 beautiful islands, 68 of which are uninhabited and unspoiled. Then, within that same radius, you have the amazing Great Barrier Reef – one of the seven Natural Wonders of the World.

Audi Hamilton Island Race Week is considered to be among the world's best regattas when it comes to both the racing and the superb party scene on shore. The island – which is owned by Bob Oatley, owner of the 30-metre Sydney Hobart race record holding supermaxi, Wild Oats XI – has been acclaimed nationally and internationally for many of its features, including its high level of unique accommodation, the remarkable Hamilton Island Yacht Club, the championship-standard golf course and its services, including a commercial jet airport.

The regatta’s party agenda is also considered second to none. There are memory-making dinners and functions to be experienced at Hamilton Island Yacht Club and the island’s Five Star retreat, qualia; fashion parades debuting new-season ranges from some of Australia’s best designers; the legendary Moet & Chandon lunch; and supreme culinary events hosted by leading Australian chefs.

Race Week’s standing as a world class sailing regatta was well recognised when 30-year America’s Cup veteran, Tom Ehman, attended the series last year. He experienced the event from every quarter before declaring: "Hamilton Island Race Week is the best kept secret in the world of yachting. The organisers of any major race week should look at how Hamilton Island makes this more than a sailing event: it’s also a social and cultural happening. Through resources, imagination and hard work it has really come into its own."