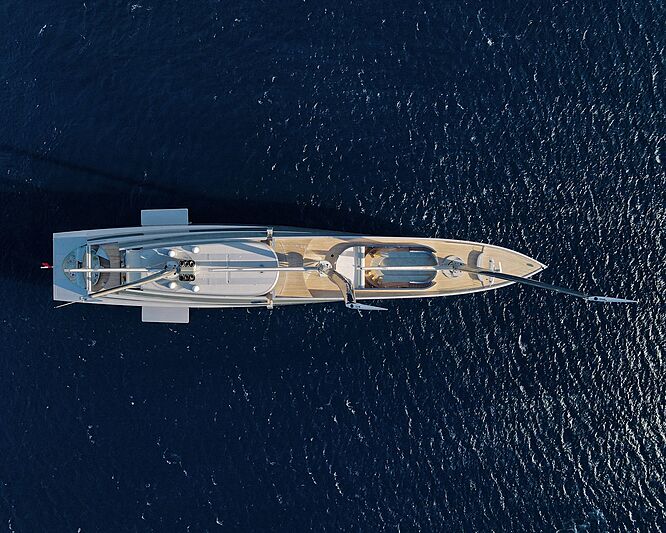 Photo: Léandre Loyseau The 142.8-metre Sailing Yacht A was built in 2017 at Nobiskrug in Germany. She is fitted with an advanced hybrid propulsion system and has elements of both sailing and motor yacht’s, awarding her the prize of the longest sail-assisted motor yacht in the world. Captured last summer in Antibes, her symmetrical and radical exterior design comes from the drawing boards of the French industrial architect and designer, Philippe Starck, with Dykstra Naval Architects behind her naval platform and rig design. Magma Structures created her 100-metre high carbon fibre masts, which are said to be the tallest carbon composite free-standing masts in the world. Operated by a crew of 54 members, Sailing Yacht A is currently exploring Iceland's Arctic regions.