What will become the largest sailing yacht in the world, once delivered, is currently being uncovered for the second time at Nobiskrug’s shipyard in Kiel. The 142.81 metreSailing Yacht A returned to the German yacht builder’s facility late last year following a series of sea trials after which she was covered up for the second time. The yacht became visible for the first time last week as the shipyard began dismantling the temporary shed under which she has been hiding the past winter months.

A significant change to the yacht is the new hull colour ofSailing Yacht A. Once finished in a pearlescent white exterior, the yacht now seems to be dressed in sporty silver colour matching that of the three towering masts. 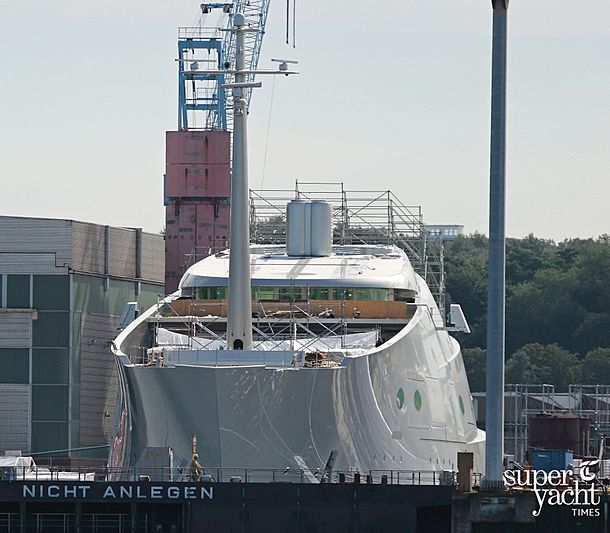 In September last year the project was confirmed to have been commissioned by superyacht owner Andrey Melnichenko – current owner of the 119 metre motor yacht A built by Blohm + Voss in 2008. Find out everything we know about this ground breaking project here.