Home > News > Sailing Yacht A: The 143m superyacht in numbers

First revealed over a year ago in an advanced stage of construction, the progress ahead of the delivery of the 142.8-metre Sailing Yacht A has been gaining momentum with the giant sail-assisted motor yacht recently seen conducting sea trials with her mainsail hoisted. The following infographic puts the vessel’s size in perspective and provides a taste of what potential features this advanced work of engineering could hold in store once delivered in 2017. 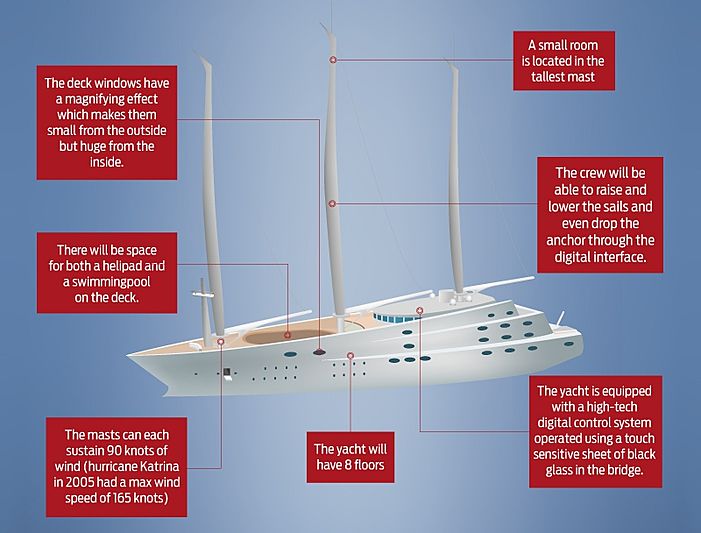 One of the most impressive feats of the the project is undoubtedly the yacht’s three masts which are the world’s tallest carbon composite free-standing masts. Built by Magma Structures in the U.K., these rigs were designed by Dykstra Naval Architects in the Netherlands to withstand bending loads of over 40Mn – that is twice the load on a Boeing Dreamliner wing in flight. 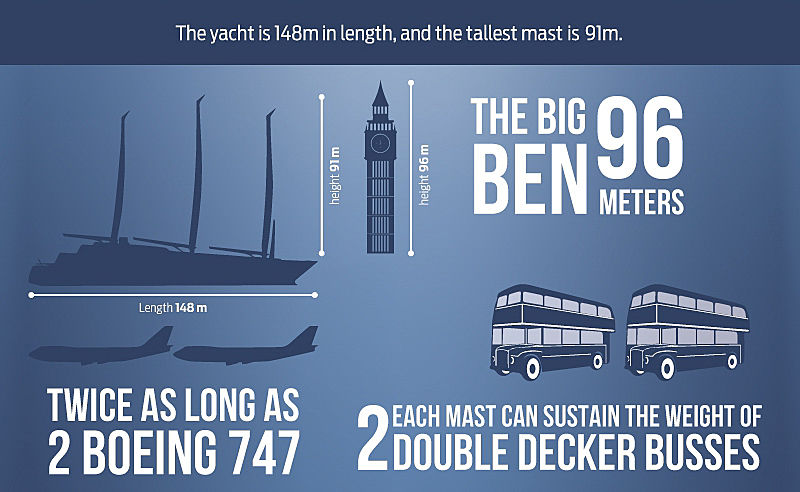 Sailing Yacht A will be powered using a custom diesel-electric propulsion system, utilising two MTU 3,600kW diesel engines in tandem with two 4,300kW electric motors that are linked to a set of adjustable pitch propellers. This will allow her to reach an expected cruising speed under power of 16 knots with a range of 5,320nm and a top speed of 21 knots.

At 142.81 metres, Sailing Yacht A’s beam of 24.88 calculates an overall gross tonnage of 12,700, with a fixed keel reaching 8 metres below the waterline. Sailing Yacht A houses a total of 8 decks and can accommodate a helicopter on the aft section on deck six. A total of 54 crew members are accommodated for. 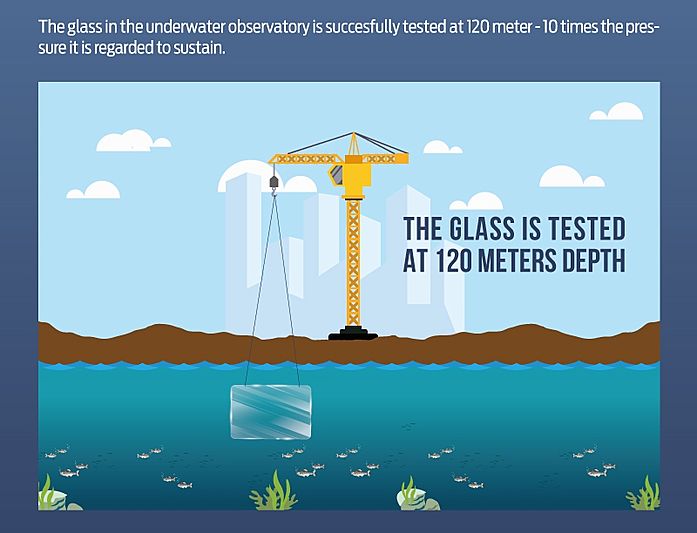 Philippe Starck designed the yacht’s radical exterior for her Russian owner and experienced yachtsman, Andrey Mienichenko, with Dykstra Naval Architects working closely with the engineering team at Nobiskrug on making Sailing Yacht A function faultlessly under any conditions. 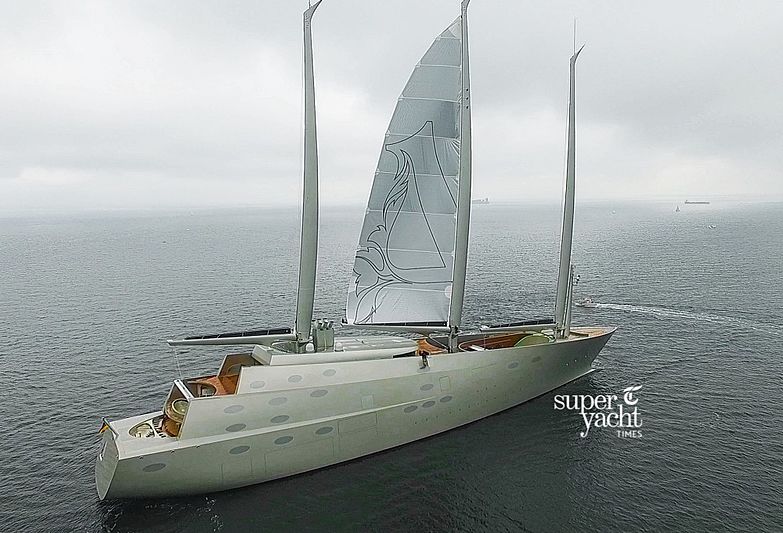