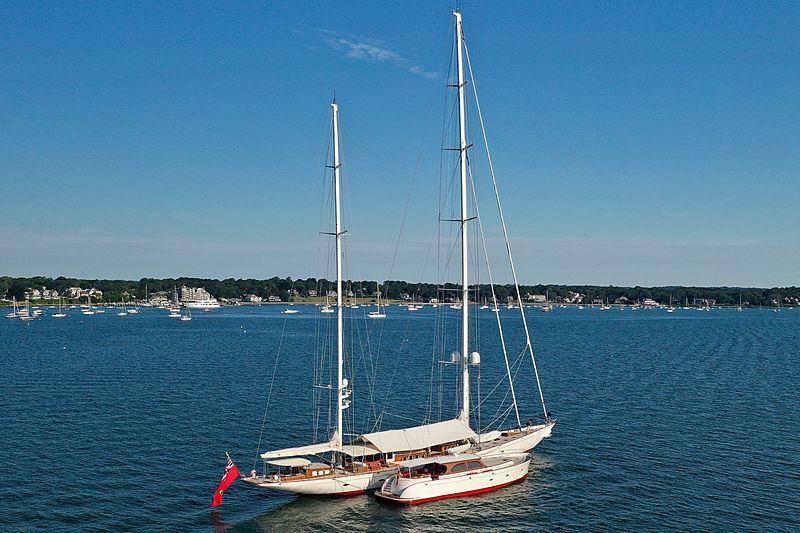 Photo: Andy Sakovits / @yachtsofnewportBuilt by Vitters Shipyard and launched in 2005 for her original owner Jan-Eric Österlund, Adele is a world-cruising ketch designed by Hoek Design Naval Architects in the Netherlands. Nearly 10 years after changing ownership, Adele returned to Holland for a major refit at Huisfit - the refit division of the Royal Huisman shipyard - to prepare the vessel for another intensive global expedition to the Pacific. Just some of the completed works included an overhaul of propulsion, generators, thrusters and other on board systems, replacement of batteries as well as the upgrade and replacement of navigation and communication system electronics.

Seen here anchored in Newport, USA, Adele today cruises with her dedicated chase boat named Stargazer - a 23-metre motor yacht built by Claasen Shipyards in the Netherlands and launched last year. She shares a design by Andre Hoek with her mothership and the day cruiser yacht was created to transport guests ashore from Adele, serve as a diving vessel to reach shallower cruising areas and accommodate extra crew and guests. She can cover an impressive 900 nautical miles at 15 knots and reach 25 knots under maximum power.