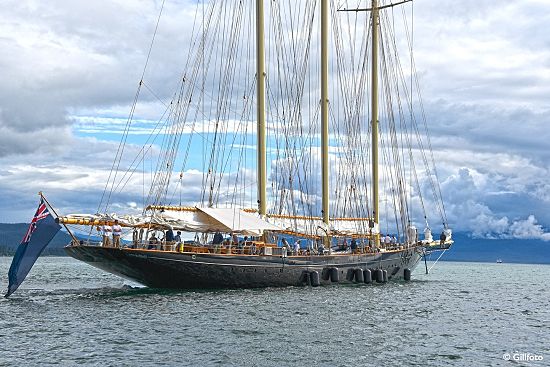 The incredible sailing yacht Atlantic, which is currently the 7th largest private sailing yacht in the world, is captured here arriving in the picturesque Juneau, Alaska last week. The original Atlantic was built in 1903 by Townsend & Downey on Shooter Island, New York, while the modern day 69.24m Atlantic, a replica of the original, was built by Van der Graaf in the Netherlands in 2010, recreated using drawings from the original project.