The city of Amsterdam waved farewell to the 106-metre sailing yacht Black Pearl over the weekend as the world’s largest sailing yacht set her sails for her next destination - Gibraltar. Photographer Tom van Oossanen was on scene to capture the moment. 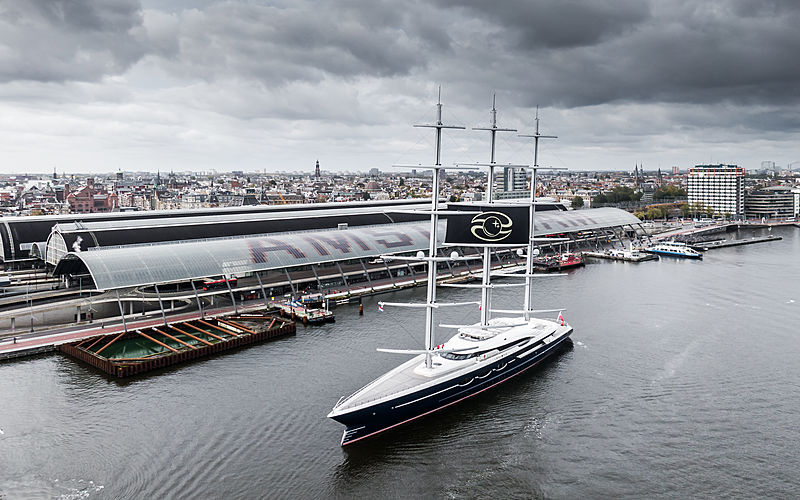 Not only the world’s largest sailing yacht, but also one of the most technically advanced, Black Pearl was built by Oceanco and delivered to her owner in 2018. She is the result of a unique design by Ken Freivokh Design, Nuvolari Lenard and Villate Design. Carrying Dykstra Naval Architects’ revolutionary DynaRig carbon mast system, these three 70-metre towers might just be Black Pearl’s most defining feature, carrying 2,900 square metres of sails which can be set in just seven minutes. 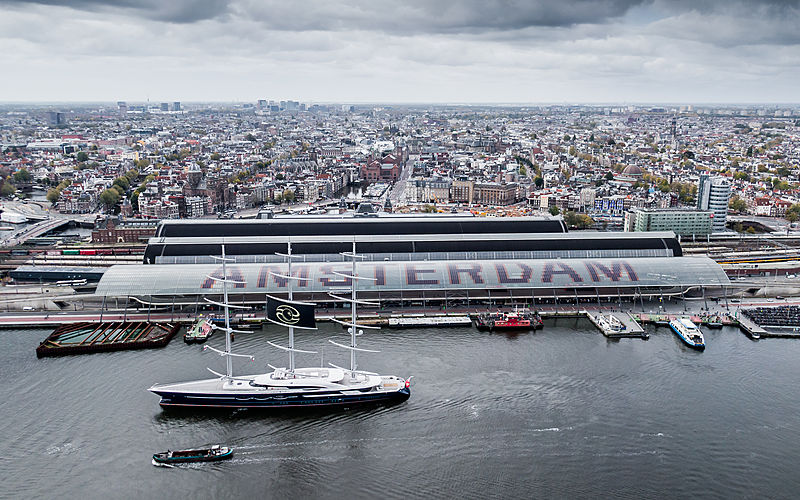 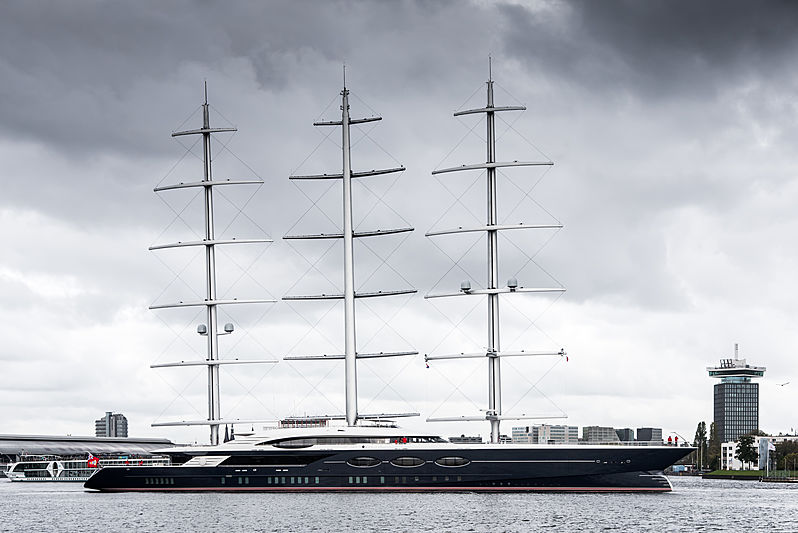 A true eco-warrior, Black Pearl not only saves the oceans using her sail power, but when the wind drops she is able to activate her hybrid propulsion system developed by Lateral Naval Architects along with other systems such as waste heat recovery to further reduce her carbon footprint. Several initiatives on board managed by her crew eliminate common wasteful tendencies associated with yachting. 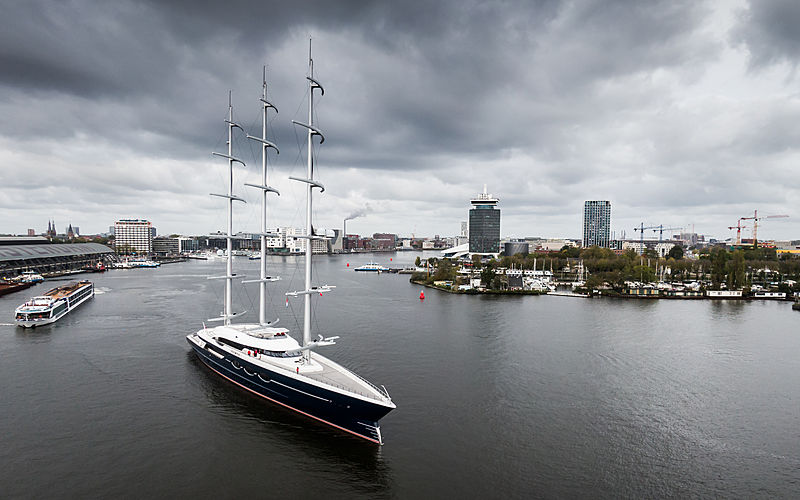 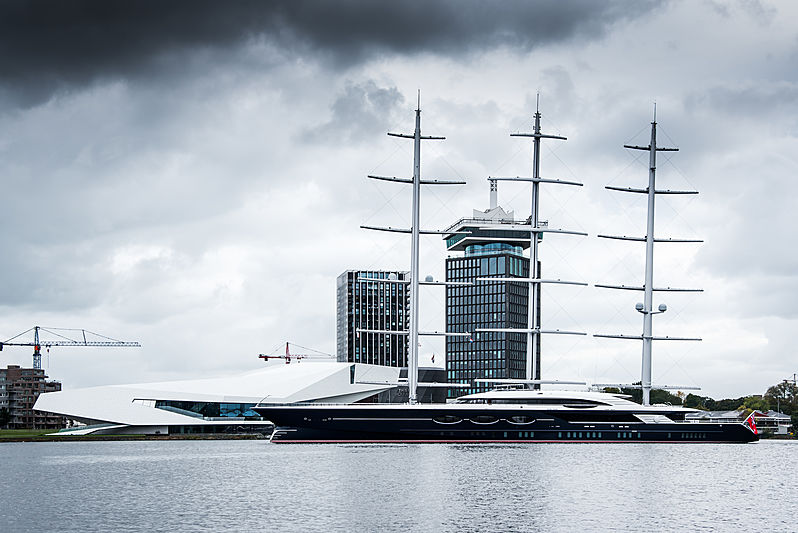 Her luxury guest accommodations include a master suite, two VIP suites, two double guest cabins and a full-beam beach club which is convertible into a cinema. 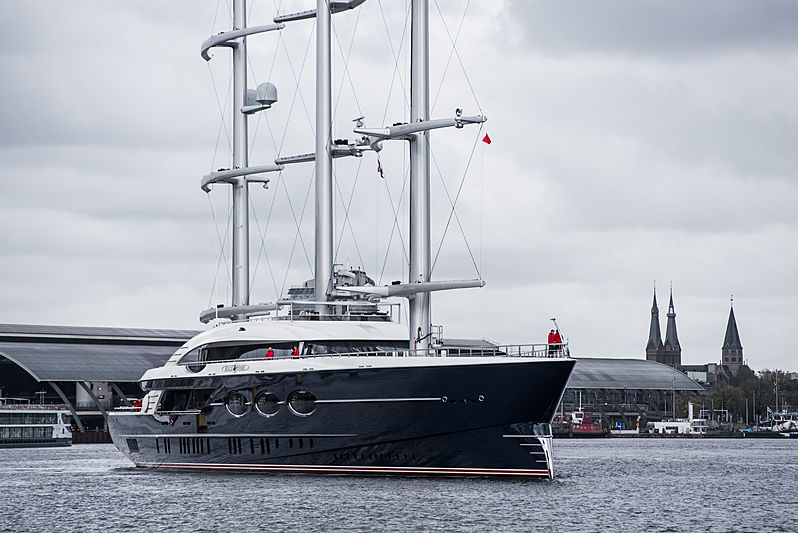 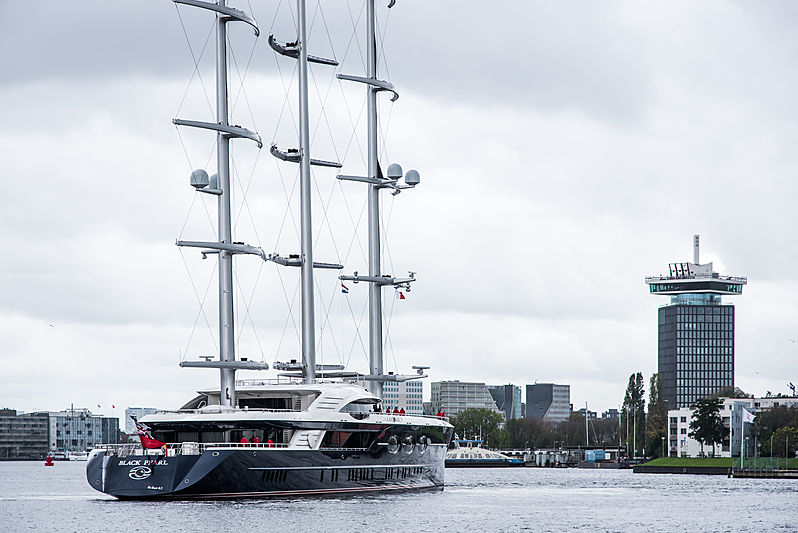