Following on the success of the first hull in Nautor’s Swan 115 range launched in 2015, Solleone, comes the Finish shipyard’s second Flush Deck version in the line. Shamanna hit the water a mere two months ago and is already cruising the Med this summer, where she perfectly displays the yacht builder’s performance and ocean-going production capabilities. 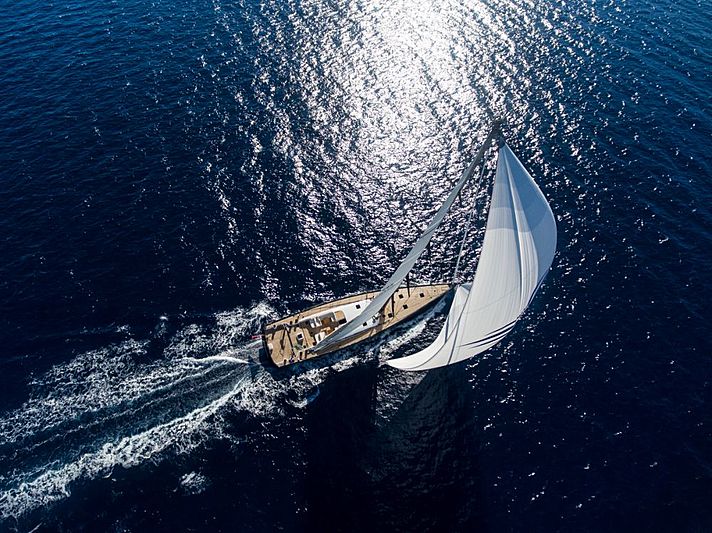 Built for a sailing fanatic family who would enjoy endless hours at sea on board their new home-away-from-home (their second maxi Swan), Shamanna was designed with comfort and functionality in mind. Being the adventurous type, the family would enjoy sailing at higher speeds however, which made Nautor the perfect choice to realise their ultimate cruising dream. 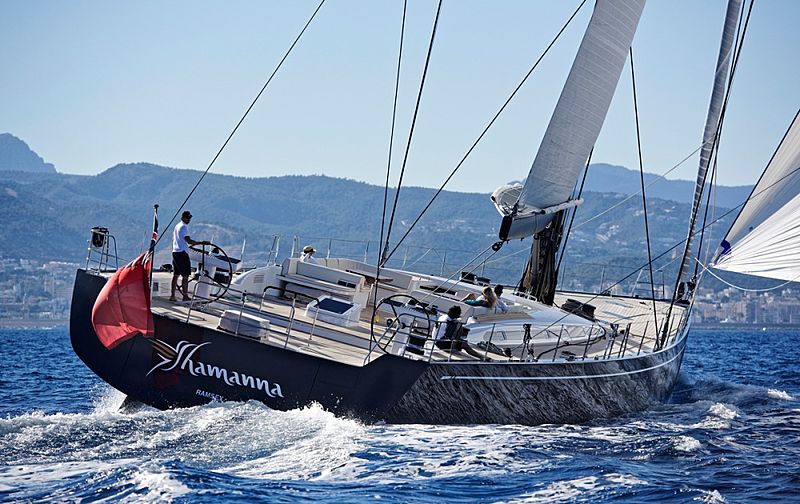 The Flush Deck version as which Shamanna is finished, enables guest to make the most of the available deck space while allowing free movement for race crew as well. This element further defines the iconic Swan style with its plumb bow and wide, open stern making Shamanna instantly recognisable as one of the Nautor performance fleet. 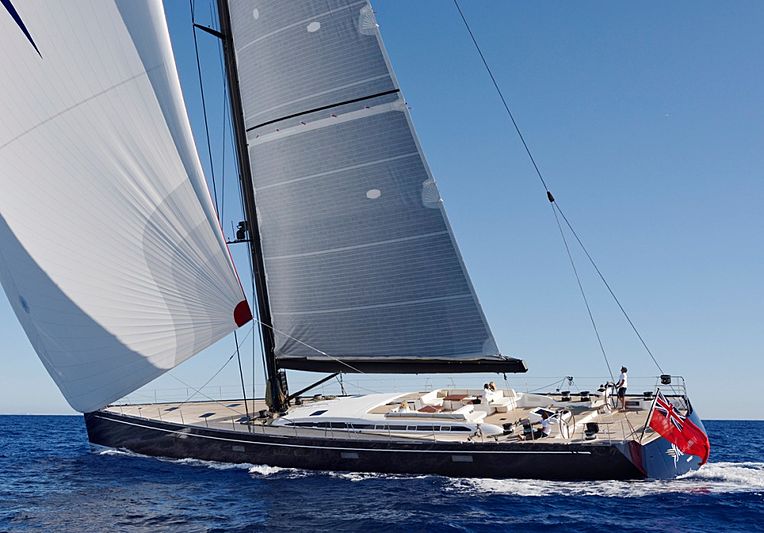 The family-sized cockpit goes unnoticed as the eye scans of Shamanna’s profile. Here guests can relax and take in the exhilarating views while under full sail, or enjoy the surroundings while spending the morning in a tranquil anchorage. 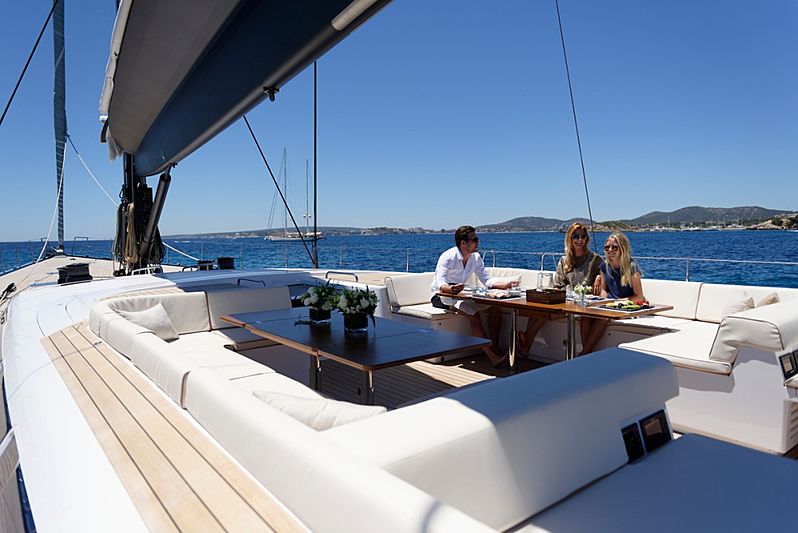 Shamanna’s transom folds open to reveal her tender garage and doubles as a swim platform and boarding space from where guests can be taken ashore. 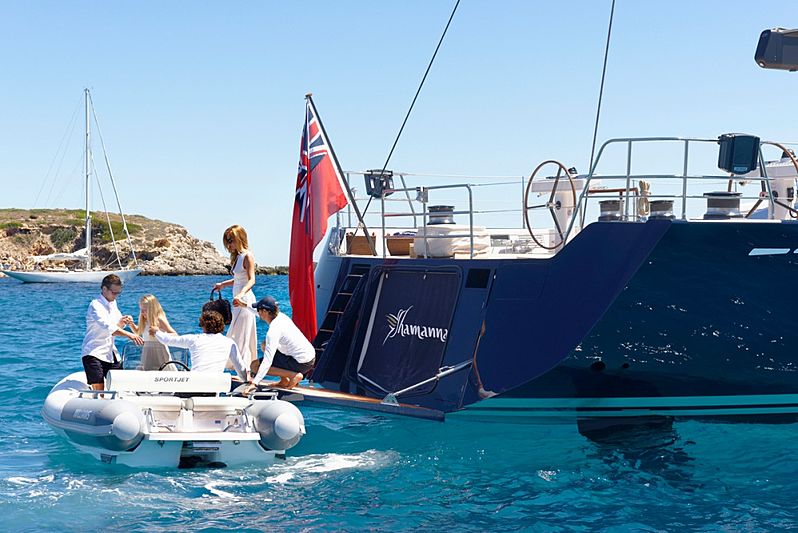 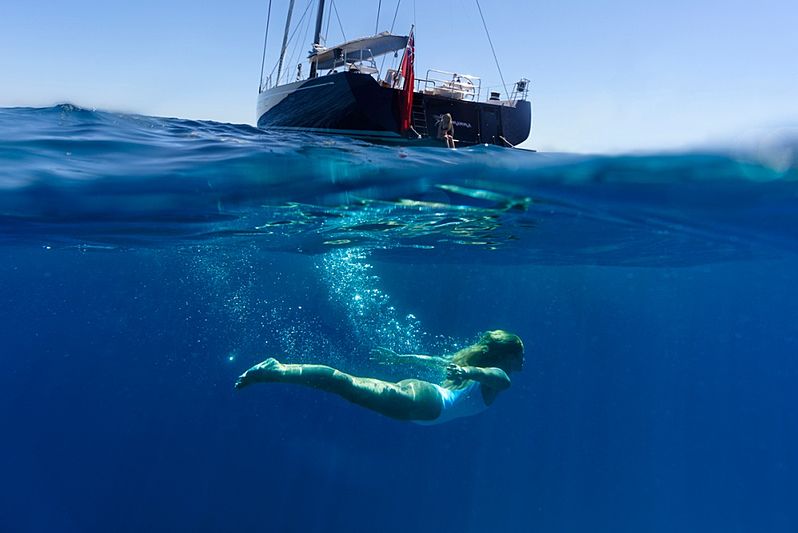 The owner decided to keep the interior style of Shamanna similar to their previous Swan, retaining the same rustic yet refined and homely feel. Leather and teak were the two main ingredients used in achieving this. Guest areas had to be functional however and the realities of real sailing in choppy conditions with the yacht at an angle, were always kept in mind. 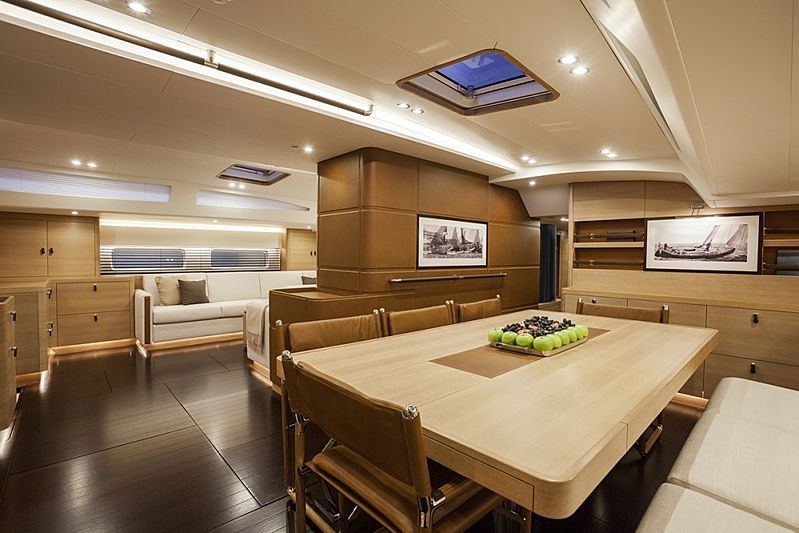 The housing for the lifting keel trunk in the main saloon serves a functional use as it separates the space into a comfortable lounge area on the port side, leaving space for a grand dining table on starboard. 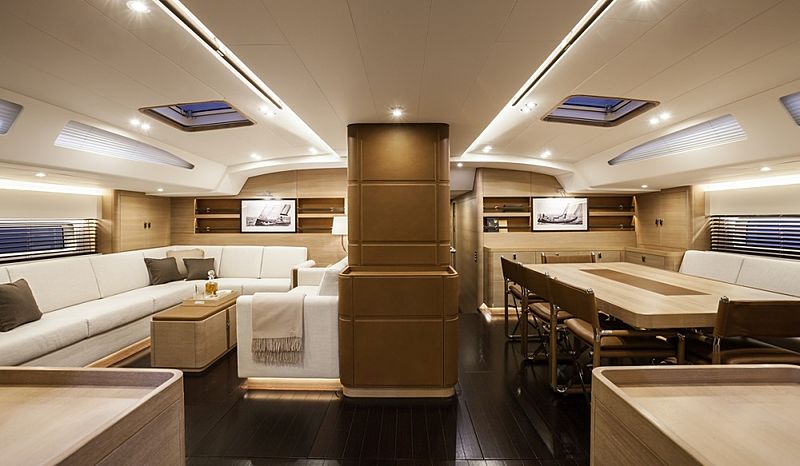 The galley is fully equipped and has countertops in Corian for durable and practical use. Crew quarters are designed with the same level of detailing as the rest of the yacht with the mess sofa being convertible into a large lounging pad for relaxing. 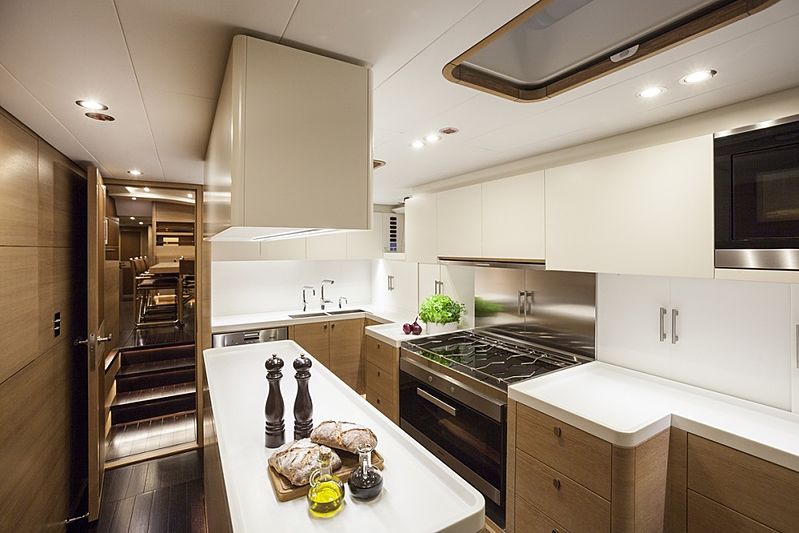 The Flush Deck version’s layout sees the crew areas moved aft with the owner’s suite placed forward in the bow. The six remaining guests are accommodated in two twin cabins located midships with a VIP double cabin just astern of the main saloon. 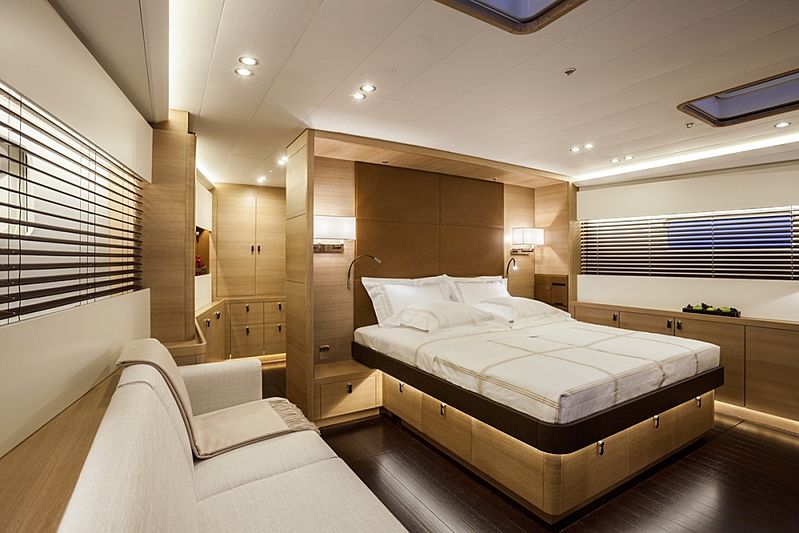 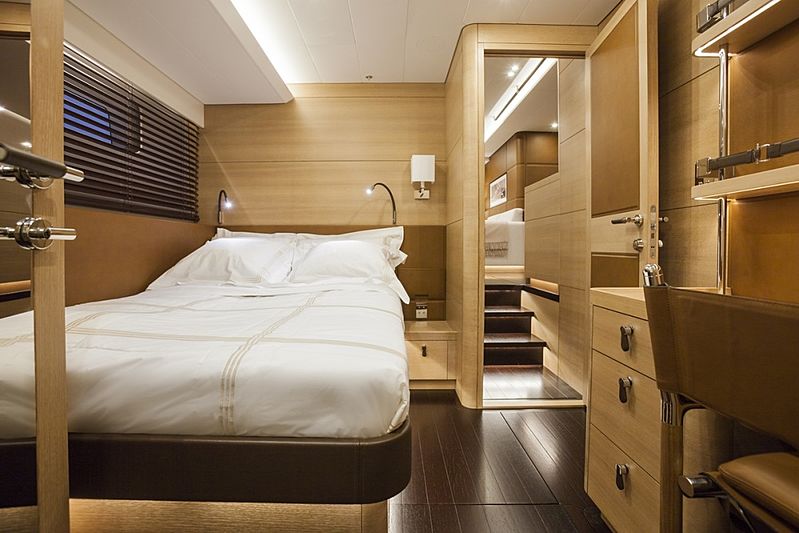