The 44.6-metre Baltic 146 custom sailing yacht Path was captured recently on route from her build yard in Bosund, to the ship builder’s premises in Jakobstad, where she will soon be launched. First announced in November 2018, she is the third-largest yacht in volume to have been commissioned from the yard, weighing in at 280 GT. She is also the fifth largest Baltic yacht to have been built, only a little larger than the 43.3-metre Canova which was launched in 2019. 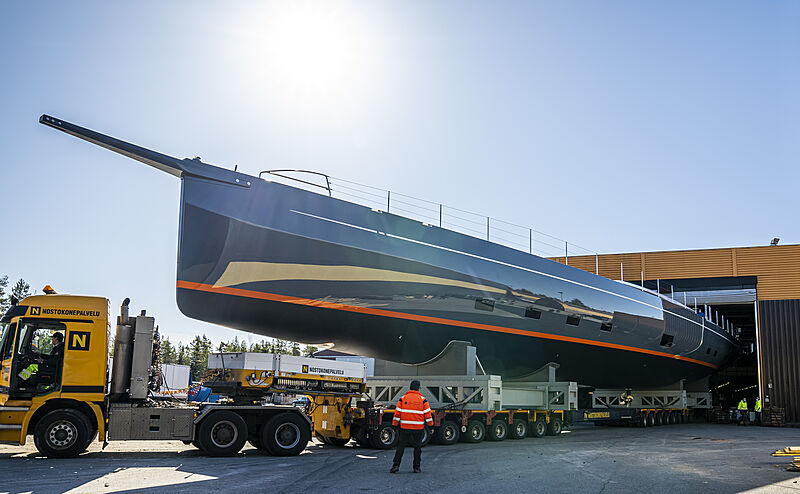 The hull made its 21km way through mostly local public roads, some of which had to be closed for the occasion. Transport specialists Nostokonepalvelu Oy, who have worked with Baltic Yachts for almost 40 years, assisted with this tricky manoeuvre, which employed 128 wheels between two low loaders. 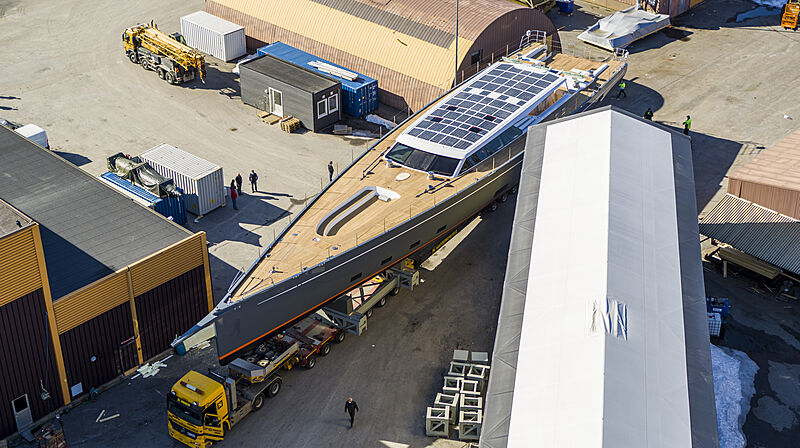 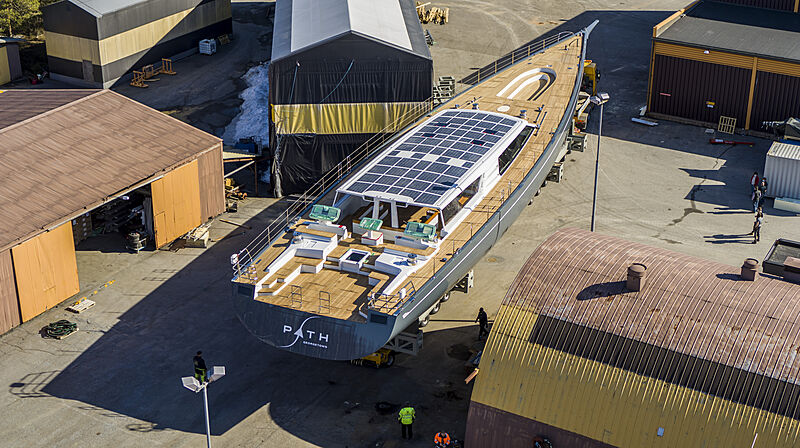 She has four staterooms for hosting up-to eight guests, with an additional four crew cabins for a crew of seven. Developed with bluewater cruising in mind, the custom yacht features naval and interior design by Judel/Vroklijk & Co, designers of the recently announced Wally 101. 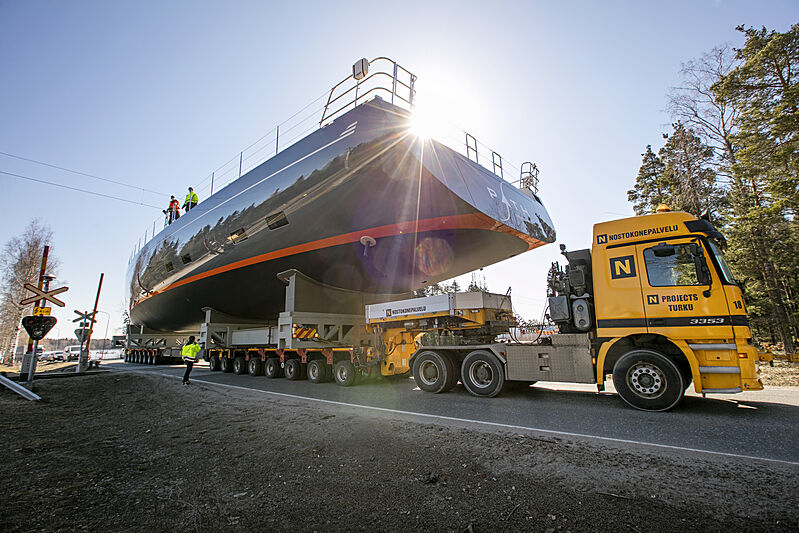 For easy manoeuvrability, she comes with a twin rudder and lifting keel system to reduce her draft to just 3.4-metres, and is fitted with a 405kW Scania drive engine. The forward-facing pull-propeller can also be used as a stern thruster if rotated. 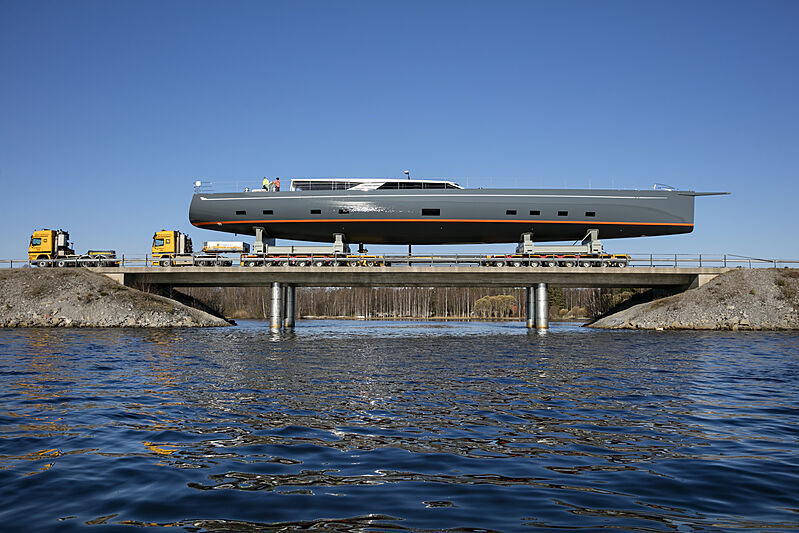 Path’s masts will be stepped following her May launch, after which she will be prepared for sea trials.