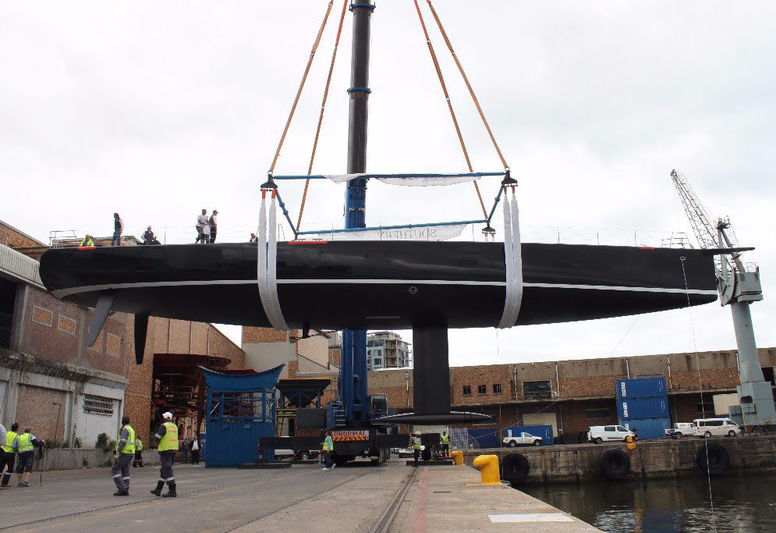 Four months after the delivery of SW96 Sorceress, SW105 Satisfaction was launched in Cape Town today. The 34.59-metre Satisfaction is a collaboration between Southern Wind with the Italian design company, Nauta Design and the US-based Farr Yacht Design.

On board, Satisfaction features an owner’s cabin forward with three guest cabins amidships and crew quarters and galley aft. A crew of up to six is also accommodated for on board. She also features a telescopic keel which was designed to fulfil the owner’s desire for an advanced keel design without compromising the interior layout and saloon space.

Immediately after her launch, Satisfaction will undergo extensive sea trials in Cape Town in preparation for her maiden voyage and is expected to be delivered in December this year. 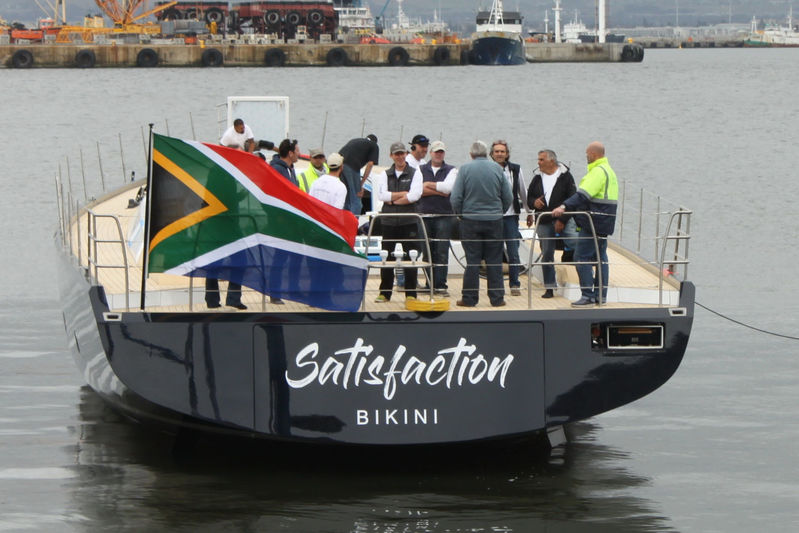 Two more units of this miniseries are currently under construction at SWS for delivery in June and November 2018 respectively.