I am meeting with Jürgen Friedrich on his yacht Seahawk in Gustavia. It’s the final day of the 2019 St Barths Bucket and as the breeze keeps building, the fleet is getting ready to drop lines and head out to the race course - I’m reminded that this will have to be a brief interview. I find Jürgen on the sundeck where he is awaiting me, looking fresh as if he just came from the shower.

“I just went for a quick swim,” he says laughing. At 80 years old, Jürgen is one of many superyacht owners who is seemingly unaffected by the passing of time - mentally and physically. Even now, at his mature, yet vibrant age, Jürgen is on the hunt for his next new yacht. As soon as he sells his custom 60-metre Perini ketch, that is. 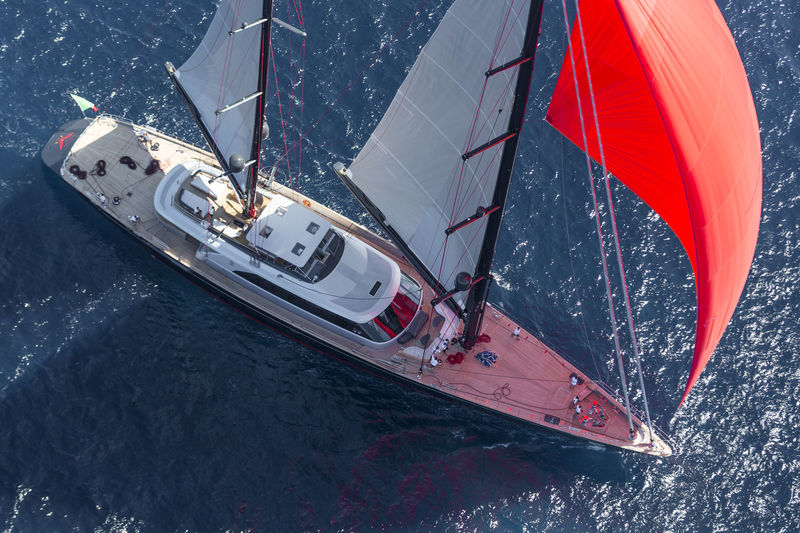 Photo: Francesco FerriWith a background in the fashion sales business, Jürgen was targeted by Californian clothing company Esprit and its founders Doug and Susie Tompkins to introduce the American brand to the European market and went on to become the founder of Esprit Holdings European operations in 1976. 24 years later, Jürgen retired in 2000. It was in the years that followed this move that he could really start exploring life as a yacht owner, who, like many other owners, started small. 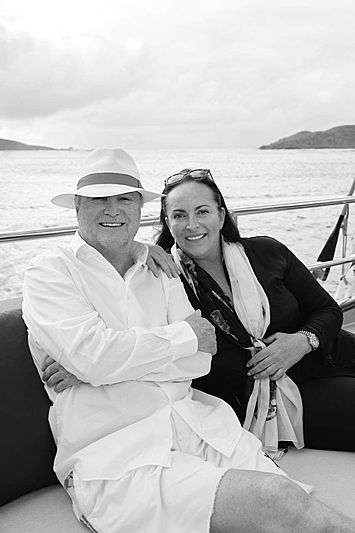 With a 1930s classic day boat at his residence in the Hamptons and later a Riva on the French Riviera, Jürgen’s interest has always listed more towards the motor yachting side. “I also had an Arcadia yacht,” he adds “one of the first Arcadia 85s actually. What I liked about them was of course the alternative energy source that you carry around with you in the form of the solar panels, which can provide up to 40% of the hotel load on a yacht like that. I believe that solutions like these are a great step forward. I am dreaming of a sailboat with the same capacity in terms of renewable energy which could possibly eliminate the need for big generators. This is definitely the future.”

It is with that same conscious and social approach that he set out to build Seahawk. “We went to Lürssen in Germany but they were too expensive for us. We also went to Abeking but they haven’t built a sailing yacht for over 10 years as they were just too busy. I also considered Vitters in Holland and Royal Huisman, both of whom build very solid boats, but maybe a bit too Dutch.” It was only when he arrived at Perini when his technical and style interests were piqued. “I remember being so impressed with Fabio at Perini,” he recalls. “He is a technical freak and does all the furlers and winches by himself and has been testing this machinery for many years before he puts it in the boat. So together with my wife Anke and my son, who was 18 at the time, we decided to buy a Perini.” 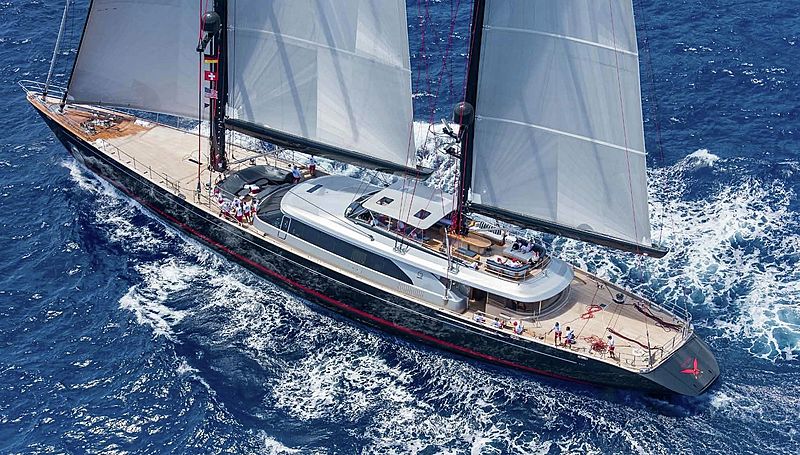 Photo: BurgessLaunched in 2013, Seahawk is the first in Perini Navi’s now 3-strong 60-metre series, a risky first step at the time, perhaps, but Jürgen wouldn’t want it any other way. “Like every new boat, especially a 60-metre boat, there is some risk involved where you know the first unit will likely be used as a case study, which indeed was the case,” Jürgen explains. “But I like the entrepreneurship behind a project like that where you can go deep into it and improve on so many things and change it to the way you want it to work. Seahawk’s rigging for example; if you are familiar with the Esprit brand, it has a red theme to it and I wanted to incorporate that into the boat somehow and today it has become one of its most recognisable features almost.” 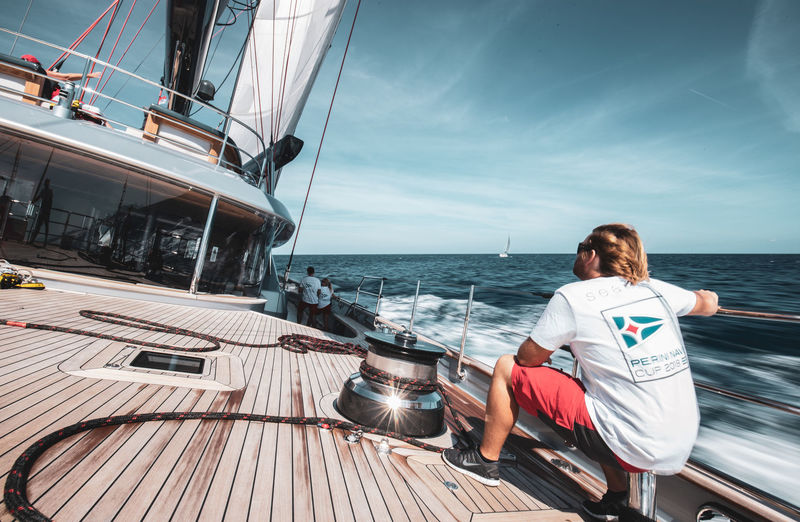 Photo: Charl van Rooy / SuperYacht TimesHer slender hull, designed by Perini Navi in collaboration with Ron Holland, is a picture-perfect example of sleek and well-proportioned elegance, not just making her perfectly spacious, but also greatly adding to her comfort, stability and manoeuvrability. Seahawk boasts an exterior look of strength and elegance, with her gentle lines, slim silhouette and a sportive superstructure in silver. Combined with a black hull, enigmatic silver sails and a dramatic, fiery-red spinnaker, she is as impressive from afar as she is up close. 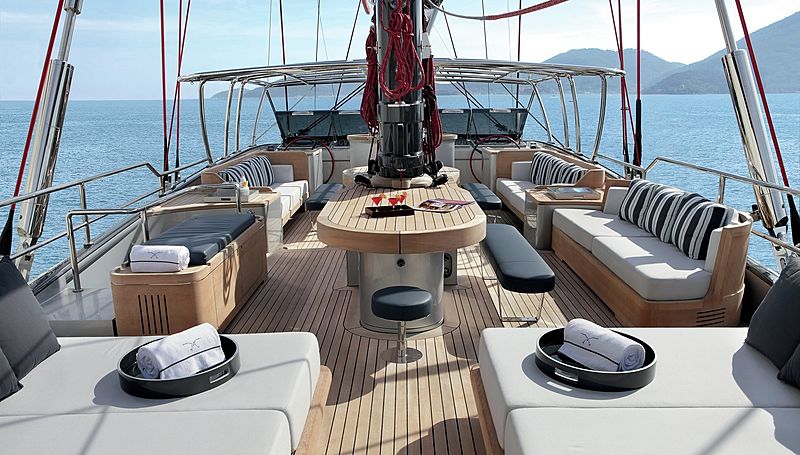 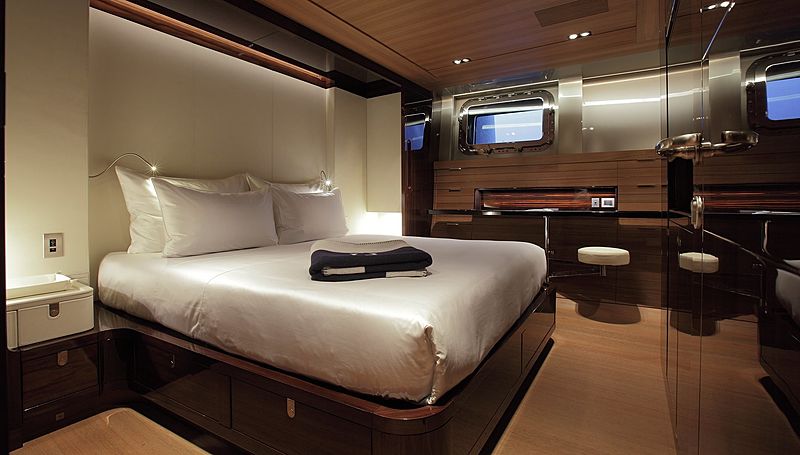 Photo: BurgessFor the interior, Jürgen and Anke wanted something special and decided to work with Parisian designer, Christian Liaigre. “I knew that Perini were great boat designers, but when it comes to interiors, it sometimes is a little too basic. So we hired Christian who, together with my wife, did a great job inside and is why the boat is so beautiful I think.” 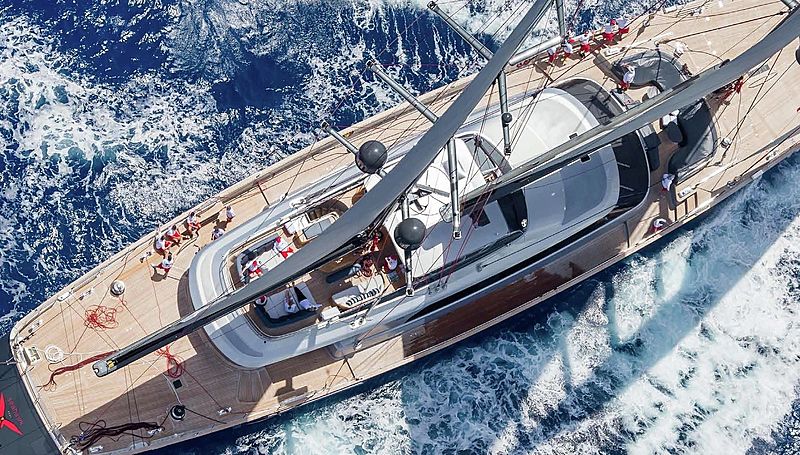 Photo: BurgessBut Jürgen knows not everything in yachting is that simple, and joining a prestigious yacht club, as he explains, is just one such example. “About seven or eight years ago, before I purchased Seahawk, I wanted to join a yacht club. The New York Yacht Club. When I arrived there, one of the first things they asked me was, ‘Jürgen, my grandfather started sailing when he was 10 and I started sailing when I was 10. When did you start sailing?’ And I had to say, ‘Sorry, but I have never sailed in my life as I have always been a motorboat person’. 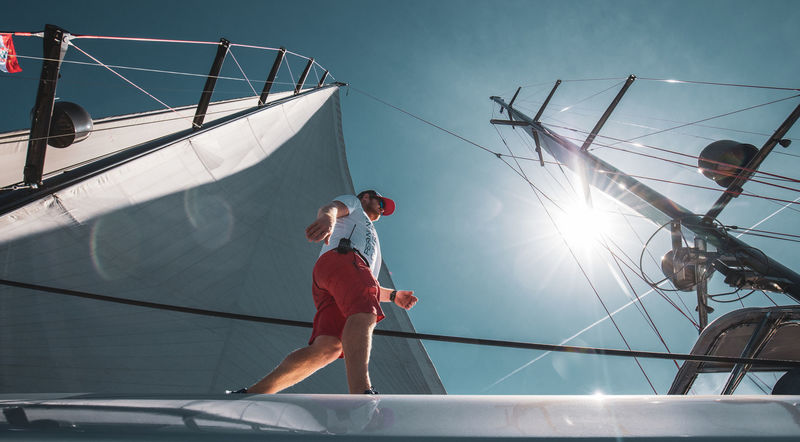 Photo: Charl van Rooy / SuperYacht TimesNow, after owning Seahawk for over five years, Jürgen has well and truly become obsessed with the sailing lifestyle and sees it for much more than what it appears to be on the surface. “The spirit and the atmosphere on board is something very special. During an event such as this, there are an extra 22 people we have on board ranging from lawyers, doctors and investment bankers and their hobby is sailing, they are real sailors -  they love it. You can feel it when they bring out the spinnaker and I enjoy watching them race the boat together, it’s great!”

However, Jürgen understands very well the strain these exciting regattas can have on the yacht, its crew and its owners after a long week of strenuous activity ranging from adrenaline-fueled manoeuvres on the race course to glitsy social events like hosting the annual New York Yacht Club Rendezvous in port. It is important, he says, to find a good balance between competitive events and enjoying the yacht on your own terms. “One or two races a year is good. It should be a highlight in your season I feel, not a chore. Some owners are very serious about racing; we wanted a comfortable boat that we could enjoy and have friends on board.” 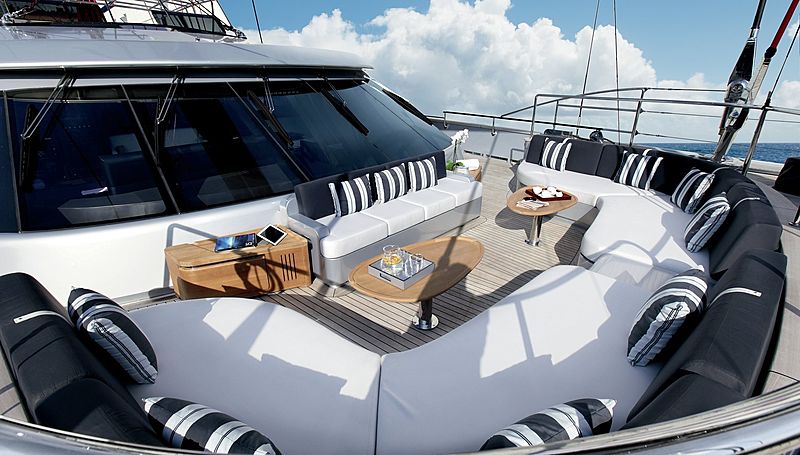 Photo: BurgessAdmitting to spending only four to five weeks on board per year the past few years, Jürgen feels that a smaller yacht with less crew would better suit his new lifestyle. “When I turned 80 last year I told myself to start taking it a bit easier and spend more time on aspects like my family and my foundation. And selling it would allow me to work on a smaller sailing project perhaps. What I like about it is that it is a family boat where you can easily invite your friends on. My son is 23 years old and we have spent some amazing times on board - I think he might be even sadder than I will be when we eventually sell the yacht.” 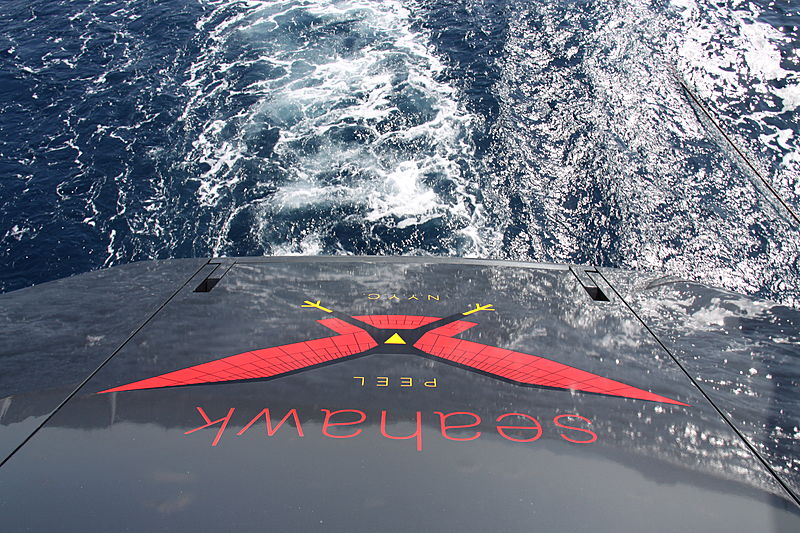 Photo: Merijn de Waard / SuperYacht TimesThe JAF foundation Jürgen refers to is one he and his wife Anke set up together and supports wilderness conservation and social welfare around the world. “My philosophy in life is that once you are successful and you have made some money, you should give most of it back to those where you made it from. So, much of the money that I made over the years I put into my JAF Foundation which runs projects such as schools in India and Zambia for example.”

With his attention now set on matters close to home and close to his heart, Jürgen might even have some time to start thinking about his next sailing yacht. One thing, however, is for sure, Seahawk will always remain a memorable experience in the Friedrich family’s life.

‘Everyone we have had on board this week just loves the boat and I am sure the new owner will love it even more.” 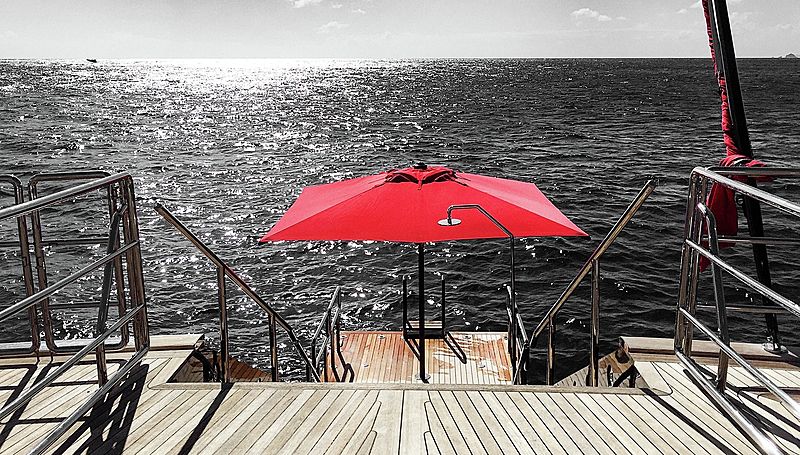