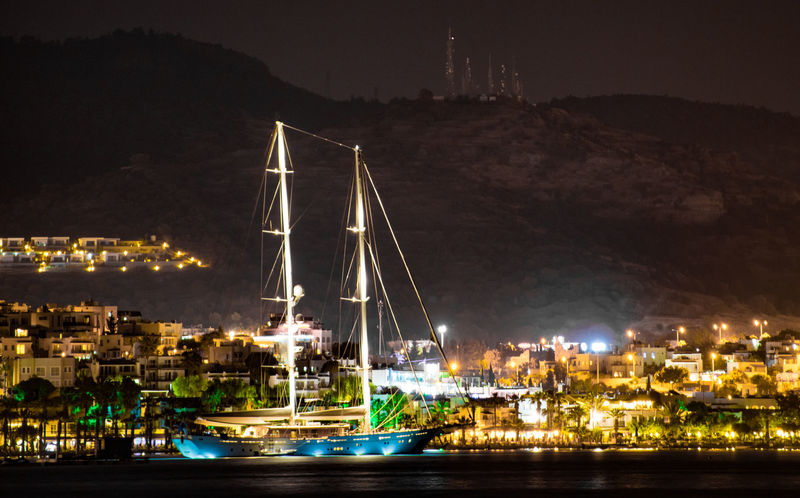 Photo: Charl van Rooy / SuperYacht TimesAnchored off the town of Bodrum on the Turkish Riviera last night was the 40-metre local gulet, Zanziba. First started in 2011, the yacht was commissioned by a British businessman and experienced owner who tasked David Wright with the design of the yacht. After the project was abandoned by the original owner and the project put on hold by the Etemoglu Shipyard, a local client stepped in to complete the yacht which was subsequently launched in 2015.

Following a busy boat show period in Spain and Greece, SuperYacht Times have now moved on to Turkey where our team is attending the inaugural TYBA Charter Yacht Show in Yalikavak Marina, Bodrum. Stay tuned for scenes from the show here on SuperYachtTimes.com.