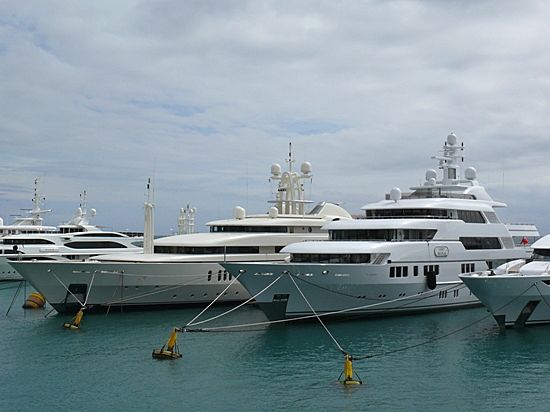 Saint Nicolas & Montkaj in the IYCA

The 70m Saint Nicolas next to the 78m Montkaj in the International Yacht Club of Antibes on 18 April 2008. Launched by Lürssen in 2007, it’s difficult to judge the real size of Saint Nicolas, but seeing her next to the 8 meters longer Amels build Montkaj should give you an idea! Saint Nicolas was the second yacht in a series of three more or less the same yachts and it would be interesting to see her next to her blue hulled sister, Martha Ann, when she arrives in the Mediterranean this summer.