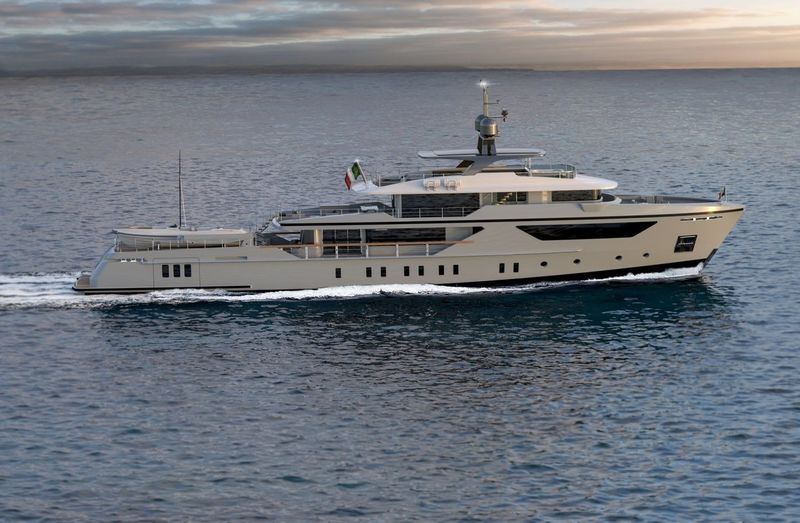 Photo: Simpson Marine The 500EXP has become the flagship of Sanlorenzo’s Explorer line of superyachts, building on the success of the smaller 42-metre 460EXP model which was first launched in 2015.

The yacht features an exterior design by Francesco Paszkowski. Her lower deck houses a beach club with a bar which can become another terrace overlooking the sea. It can also be transformed into a garage to accommodate tenders up to seven meters. Depending on the owner’s request, the model can also fit a seaplane or a submarine.

New flagship for Sanlorenzo: the SL120Asymmetric