Produced with a metal fast displacement hull, the 64 Steel Attila features a variety of amenities that set her aside from other vessels her size. In addition to a helipad, which can double as a solarium when not in use, the 64 Steel Attila’s garages are capable of loading two 10-metre+ tenders.

The 1,600 GT vessel accommodates 12 guests across four guest rooms, a full-beam master suite located on the main deck, and an owner’s suite. Her exterior lines are by Officina Italiana Design and the Sanlorenzo style division, and her interior design is the work of Francesco Paszkowski and Margherita Casprini, who worked to create an atmosphere suited to the needs of her owner. 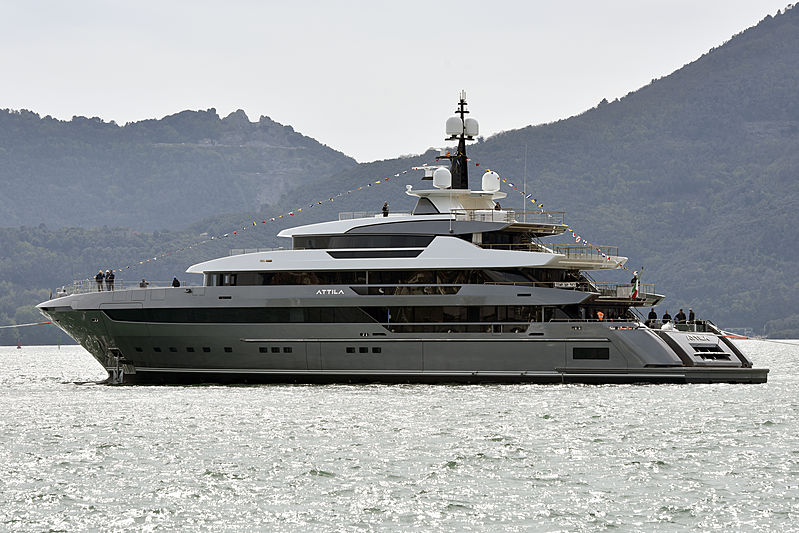 Photo: SanlorenzoFrancesco Paszkowski recounted, “We worked full-speed with the owner and the shipyard, defining a modern space in South American style with natural elements such as teak, next to which the shipowner wanted to mix in many other materials he loves and which are part of his personal experience. Attila is the yacht of a man who lives life to the fullest. And he lives his yacht.”

The furniture on board has a mix of origins, with some pieces custom-made while others were the work of both Italian and international design studios such as Summit, De Sede, Flexform and Catellani & Smith.

One defining characteristic of the 64 Steel Attila is the double stairway that connects the pool and dining area to the beach club, which is equipped with a sauna, hammam, massage room and gym.

Antonio Santella, the Vice President of the Sanlorenzo Sales and Marketing Division, commented, “The most important aspect that has characterised the definition and the concept of this yacht has been the wish to provide continuity between the beach club and an area we could call the ‘al fresco’ veranda, that is, the rear part of the main deck where the pool is also located, passing through an impressive stairway. 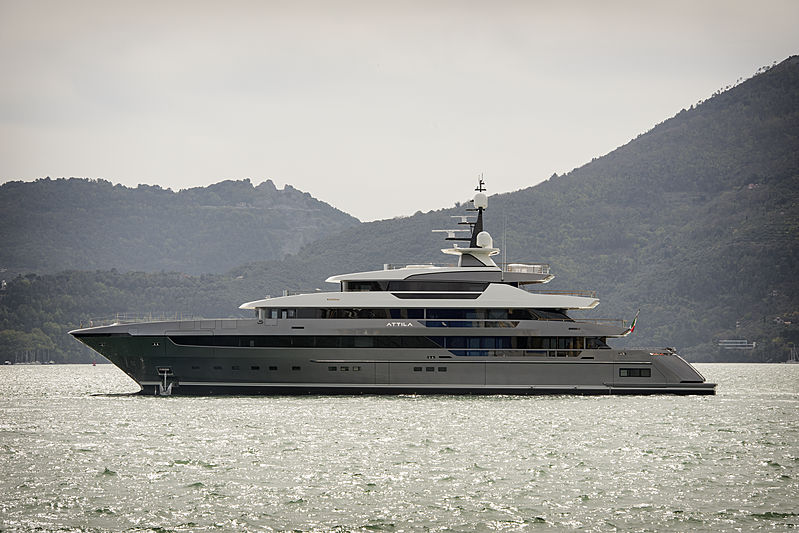 Photo: Sanlorenzo“The thinking behind the layout, in fact, enables us to integrate the main bow deck and the beach club as much as possible. This characteristic thus enables us to experience both areas, around which the social life on board is focused, simultaneously, without dividing or separating the guests.”

Another special feature of the 64 Steel Attila is the barbecue situated in the dining area of the main deck, a special request by the experienced Argentinean owner and repeat Sanlorenzo client, who sat down with SuperYacht Times last month to discuss the creation of his beloved Attila during one of his regular visits to the shipyard in La Spezia.

64 Steel Attila’s new owner commented, “In my private and company life, I like to deal with the same people. Building a yacht is a commercial proposition, but it’s also a question of trust. I’ve known Massimo Perotti for years now and having built my last boat with him and his team, the trust was already well-placed. I knew that Sanlorenzo would be able to build the yacht of my dreams.”

Sanlorenzo and Ferretti: private or public?

At the yard with the Sanlorenzo 64Steel Attila