Sanlorenzo Shipyard delightedly announced two launchings that took place on the same day; the fourth SL104 and fifteenth SD92 Sanlorenzo, the Italian Shipyard focused on the production of motor yachts exclusively tailor‐made according to the requirements and style of each owner. The first was a SL104, of the Sanlorenzo fibreglass planning fleet projected and produced in the Ameglia Division (La Spezia), and the second was a SD92, GRP navettas of 27 metre with semi‐displacement hull (SD line) projected and produced in the Viareggio Division. 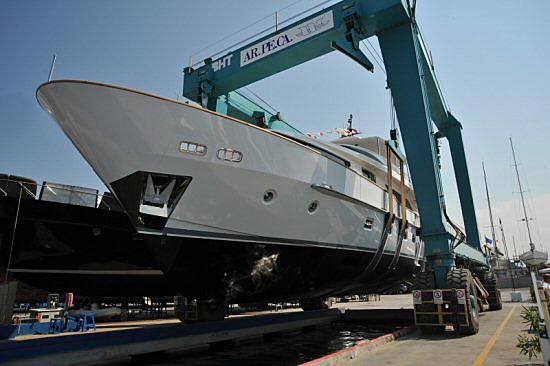 The SD92, Mia Rocca IX (above), with her 27 metre length and 7,15 metre beam, represents the fifteenth SD92 hull delivered by Sanlorenzo from the debut of this new model (September 2007) until today. 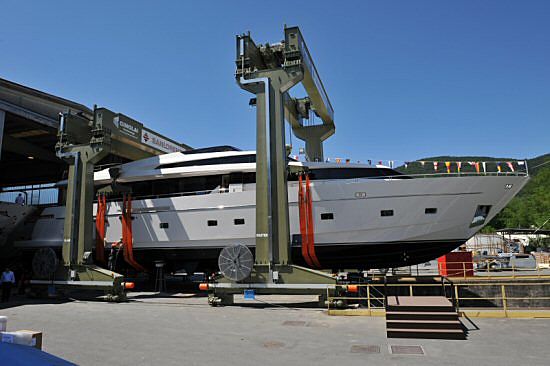 The SL104, Triple Fun, with her 31.7 metres length and 7,10 metre beam, represents the fourth hull delivered by Sanlorenzo from the debut of this new model (September 2009) until today. With the SL104, in the unmistakable Sanlorenzo line, matching elegance, balance of volumes, a well balanced ratio between empties and full bodies, the Ameglia (La Spezia) shipyard was able to concentrate an extraordinary number of innovations, without knocking in any way the consistent family feeling of the Sanlorenzo planning fleet.