Italian yard Sanlorenzo, together with its subsidiaries, has released details about its upcoming IPO, with the company announcing that it will be offering up to 35% of its share capital on the Italian stock exchange (the Mercato Telematico Azionario, based in Milan). Photo: SanLorenzoThe Offering, which is expected to be launched during 2019, will comprise of newly issued shares resulting from a capital increase with the exclusion of pre-emptive rights, as well as the offering of the existing shares which are currently owned by the selling shareholder (Holding Happy Life S.r.l, or HHL). HHL is the company’s majority shareholder and is controlled by Massimo Perotti, the Executive Chairman of the company. The objective behind the offering is to meet the free float requirements of Borsa Italiana for the STAR segment – the market segment of Borsa Italiana’s equity market which is dedicated to midsize companies.

The free float which is required for the listing will be realised by this offering, which is reserved for qualified investors both in Italy and institutional investors abroad, and to Qualified Institutional Buyers (QIBS) in the USA. The proceeds derived from the expected capital increase will be used by the company to “foster and accelerate its future growth and seize market opportunities”, according to Sanlorenzo, and the company is expected to have a broadly debt-free capital structure after the offering. 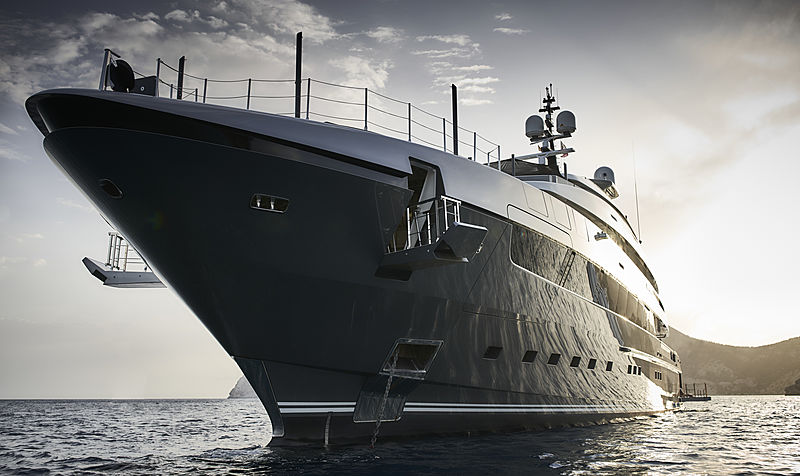 Photo: SanlorenzoThe 35% of Sanlorenzo’s share capital which will be offered will also include a greenshoe option (where underwriters can buy up to an additional 15% of the shares on offer). Following the date that the shares are listed, the company will be subject to lock-up commitments for a period of 360 days, with HHL, as the selling shareholder, also being subject to lockup commitments for 180 days.

Banca IMI (Intesa Sanpaolo Group), BofA Merrill Lynch and UniCredit Corporate & Investment Banking are acting as joint global coordinators and joint bookrunners in connection with the offering, with Banca IMI (Intesa Sanpaolo Group) acting as sponsor of the admission to listing of the shares. Alantra is acting as financial advisor to the company, with Lazard acting as financial advisor of the selling shareholder. The final terms and structure which the offering will take will be announced just prior to its commencement.

Ferretti Group confirms IPO by the end of October