Sanlorenzo have announced the launch of the eighth vessel in the 46Steel line. Measuring 46 metres in length and named Scorpion, the five deck displacement superyacht has been built for a Russian owner. 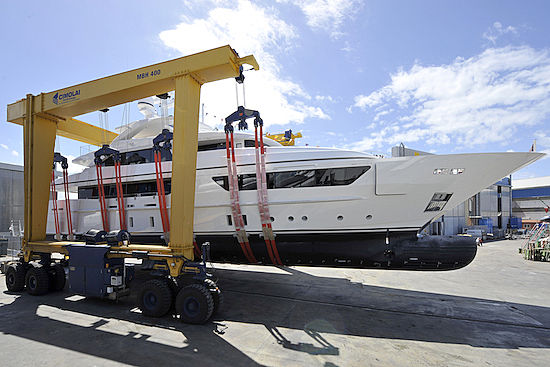 Inside she boasts art deco style interiors, with several bespoke pieces of furniture by Architema and Fendi. Her designers have utilised a range of materials, including dark mahogany and abice artico woods, mother of pearl inlays and bronze brass finishing. One of her most unique design points is a crystal sculpture located on the staircase that changes colours from deck to deck. 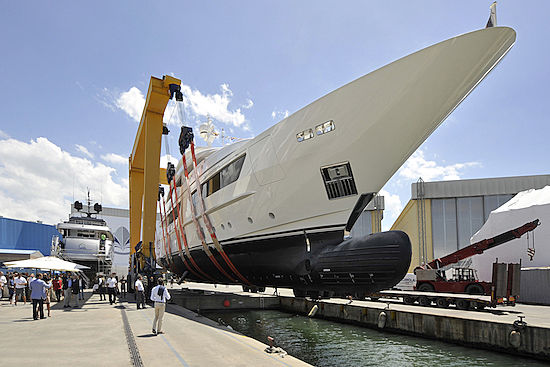 She also features large openable windows in the master suite, a built-in hydraulic ladder astern, a vast garage astern that houses the main 7 metre tender, a second large garage at bow with plenty of space for any water toys, as well as an outstanding external lighting system. 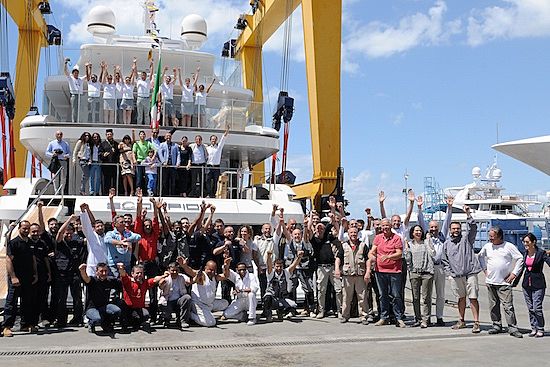