Sanlorenzo have announced the launch of the 46 metre vessel, Trident, the sixth yacht to be launched in the 46Steel series. 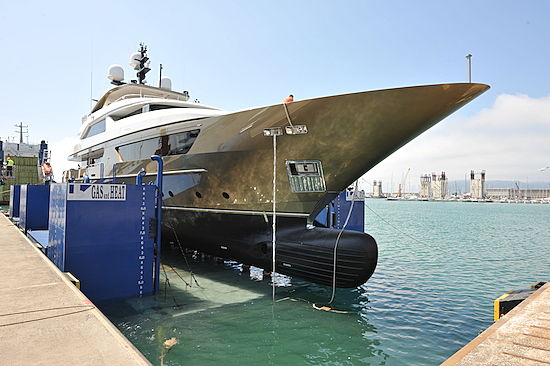 Trident is a five-deck superyacht with an aluminum superstructure and a displacement hull in steel that guarantees long cruises across the ocean in total self-sufficiency, without refueling for more than 3,500 nautical miles. 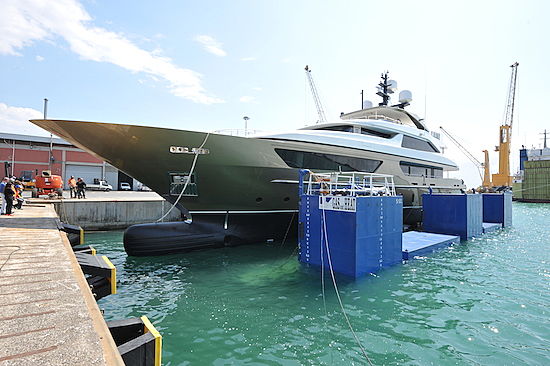 The vessel’s beach area is complete with a bathing platform as well as space for a fitness zone and spa as well as a unique, endless swimming pool located on the sundeck, allowing guests to swim against the current or to relax in the whirlpools. Entertainment on board can be fully enjoyed both inside and out, and the boat boasts a beautiful outdoor cinema area. 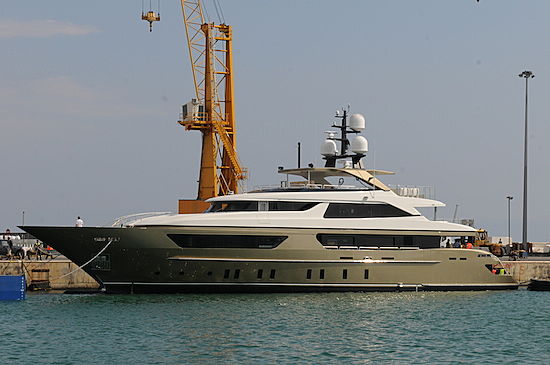 Inside, a lift internally connects Trident’s 3 upper decks, an optional specifically wanted by the owner and designed by the Sanlorenzo Technical Department. Her interior style is modern and contemporary, with a refined Eyong wood finished in three different shades of grey and black for the walls and bleached oak for the flooring.

Since the launch of the first unit in 2010, eight Sanlorenzo 46Steels have been sold worldwide. Trident will be delivered to her Hong Kong owner this coming summer and two further models are currently under construction within the Sanlorenzo shipyard.