The second hull in Italian shipyard Sanlorenzo’s 460Exp range has been launched. Named X, the 460 Gross Ton yacht comes only months after the shipyard revealed the first yacht in the Explorer Line, which made her debut in Monaco last year. Another three units of this particular model have been secured by the shipyard, which will be ready for delivery to their owners over the coming two years.

X stands apart from her sister ship Moka, with her pearl grey hull. The yacht is constructed with a steel hull and aluminium superstructure and is said to be created for longer, more comfortable periods at sea with increased self sufficiency and a range of high-tech features to facilitate this endurance lifestyle. 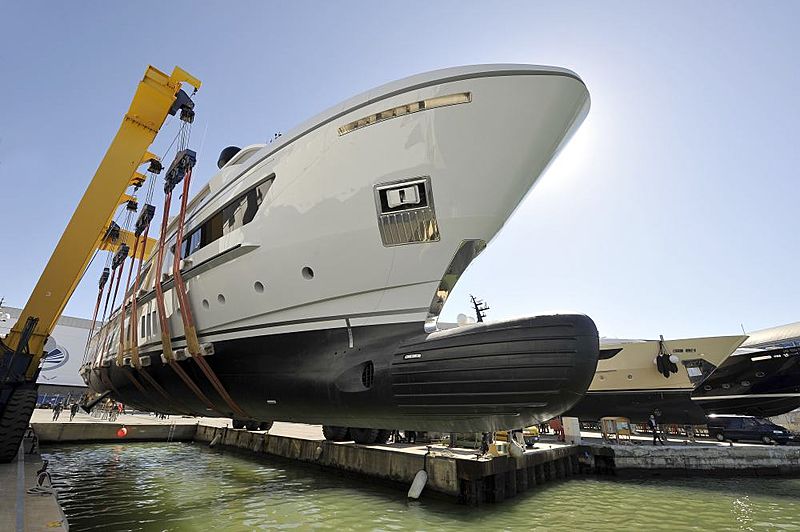 This edition of the 460Exp features a 6 cabin layout with an additional family room. On sundeck, the owner opted for a fully equipped outdoor gym with an artificial current swimming pool. Inside is a selection of sophisticated touches that showcases her owner’s sense for style and adventure. 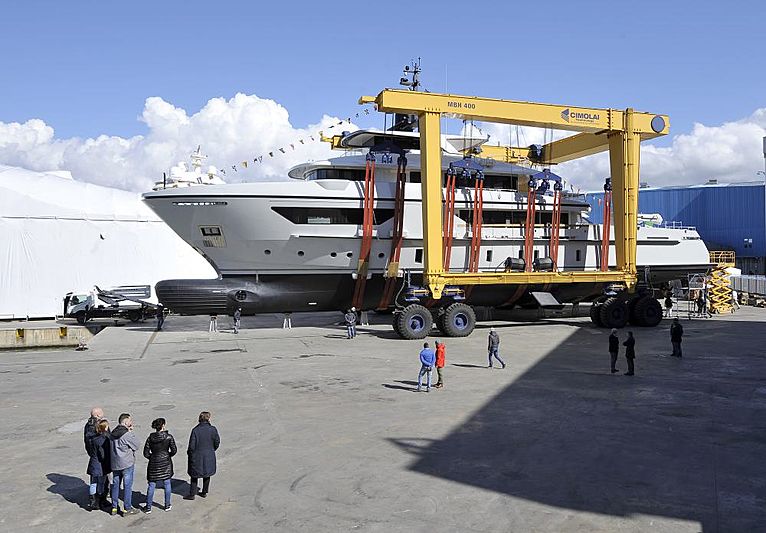 The entire range is the work of designer Francesco Paszkowski, who created a sensual yet rugged exterior look. The main deck aft has been left open, apart from a large crane that can serve craft up to 10 metres in length.